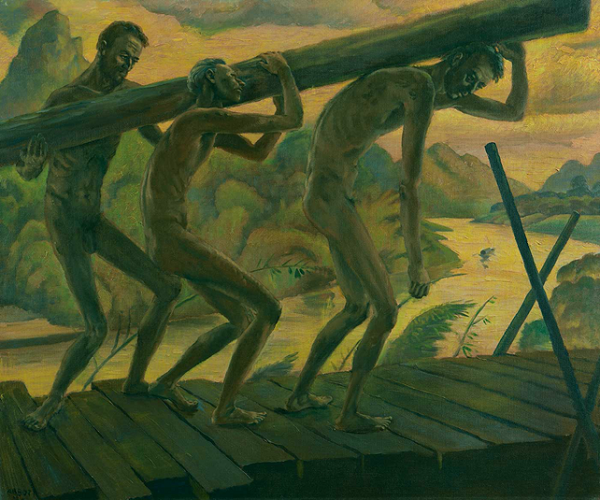 Over a year after construction first began, the two tracks of the Thai Burma railway were connected at Kon Kuta, Thailand on October 16th, 1943. The railway spanned 420 kilometres, consisting of more than 600 bridges and passing through near impenetrable rock and jungle. This incredible feat of engineering came at the cost of at least 2,815 Australian lives, not to mention a further 11,000 Allied prisoners and 75,000 Asian labourers.[1]

When Singapore fell to the Japanese, about 22,000 Australians were taken prisoner. Some men were sent to prisons in Japan, Taiwan and Borneo, but the vast majority were stationed at camps between Thanbyuzayat in Burma and Ban Pong in Thailand, tasked with creating a railway from nothing but basic tools and their bare hands. Alongside the 60,000 Australian, British and Dutch prisoners worked over 200,000 local men, women and children.

The working conditions were appalling and work itself was perilous and unrelenting. The Japanese and their conscripted Korean guards were incredibly cruel, working the local labourers and prisoners of war to death in many cases. Some shifts lasted over 18 hours, as the prisoners carved through solid rock with hand-held drills under the glow of carbide lights and bamboo fires. There was even an expectation in some camps along the track that the POWs construct their own shelters and living quarters, leaving them exposed to the torrential rain and flooding of the monsoon season.

The weakened immune systems of the exhausted prisoners meant they were subject to horrid tropical diseases like cholera, malaria, beri-beri, pellagra and dysentery. Even men riddled with illness were at times dragged from their hospital beds to continue working. There were 44 Australian medical officers working on the railway,[2] including Lieutenant Colonel Edward ‘Weary’ Dunlop, famous for his leadership and the compassion he showed to fellow troops during the construction of the railway. Doctors like Dunlop had minimal access to medical supplies and no access to medicine whatsoever. This meant that makeshift medicines had to be employed, like rice poultices for dressing and cannulas made from bamboo thorns.[3] “All you [could do] to help [malaria patients] was to give them some quinine, that was heartbreaking, absolutely.”[4] Amputations were frequently needed due to infected lacerations. Anaesthesia of any kind was extremely rare, so many of these operations were conducted without pain-relief. Dunlop wrote of Lieutenant Colonel Sir Albert Coates, who recorded 120 lower leg amputations in his camp alone.[5] 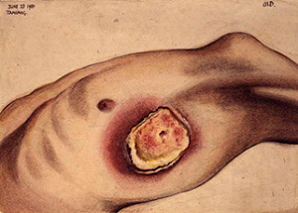 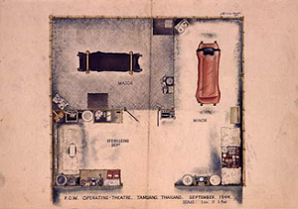 Rations were also incredibly scarce, consisting mainly of rice and boiled chilli water.[6] In theory, the Japanese had the capacity to provide adequate amounts of vegetables and meat/fish to the prisoners, but in reality, such luxuries were few and far between. Dunlop noted that, in February, his two Battalions were entitled to 3,212kg of meat and 18,000kg of vegetables, but actually only received 300kg and 4,500kg respectively,[7] hardly enough to sustain some 600 men for a week let alone a month.

The Konyu Cutting was undoubtedly the most treacherous site along the line. Upwards of 400 Australians worked alongside British POWs and Asian labourers on the cutting. It came to be known as Hellfire Pass by the prisoners who worked on it, “for it looked, and was, like a living image of hell itself.[8] 75 meters long and 25 meters deep, Hellfire Pass was excavated largely by hand. Initially, the men were required to chisel a meter per day into the rock using only hammers and metal drills, but the pace of the work soon increased, upped to two or three meters by August.[9] Failure to complete this requirement could result in a beating. At least 700 prisoners died in the six weeks it took to complete the pass, 69 of which were beaten to death by their captors.[10] 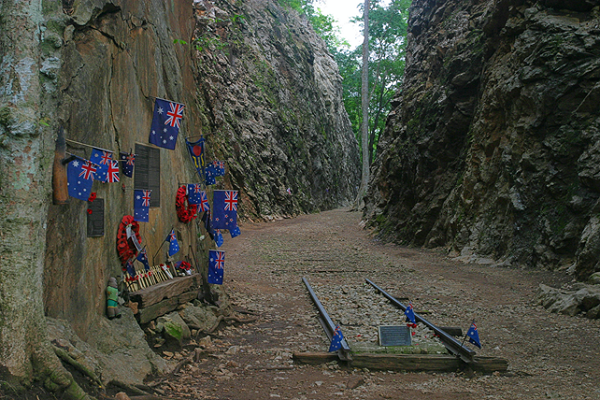 668 bridges were constructed along the railway, and only 8 of them were made from steel. The vast majority used local wood, felled and cut by prisoners of war. Like Hellfire Pass, working on the bridges was a precarious task. Many of the men died by falling from slippery scaffolds and from sheer exhaustion caused by constantly carrying heavy loads. Bridge foundations were made by pile driving huge timber poles into the soft riverbanks. This was a particularly arduous task, requiring teams of prisoners to lift huge pulleys suspending heavy weights and dropping them on top of the piles.[11] Most of the wooden bridges have been destroyed or rotted away, with the notable exception of the Wampo viaduct still standing today. 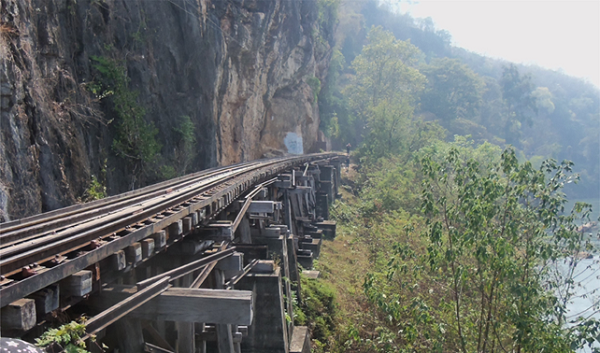 In the Burmese town of Thanbyuzayat, 3,149 Commonwealth graves serve as a stark reminder of the losses suffered on the Thai Burma railway from June 1942 to October 1943. Sadly, the railway was far f rom the only labour camp run by the Japanese during World War II, and many more thousands of Australians lost their lives in places like Sandakan, Changi and Taiwan. We will remember them all.