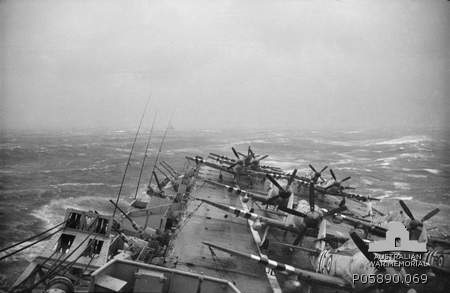 The War in Korea was the first major test of the newly formed United Nations.  When Communist North Korea invaded the democratic South in June 1950, the so-called 'Cold War' had split wide open.  Australia was quickly drawn in as a foundation member of the United Nations.  With RAAF RAN and Army elements already in Japan as part of the BCOF, Australia was pre-positioned for imminent engagement in yet another conflict.

Within two days, the US offered air and sea support to South Korea.  The United Nations Security Council asked all its members to assist in repelling the North Korean attack. Twenty-one nations responded by providing troops, ships, aircraft and medical teams.

Australia was the next nation after the USA, to contribute force elements from all three services. With its commitment to the British Commonwealth Occupation Force in Japan, Australia had two readily deployable RAN vessels, HMAS Shoalhaven and HMAS Bataan.  In addition  No. 77 Squadron, RAAF based at Iwakuni and equipped with CAC P51 Mustang fighters was available.  The 3rd Battalion of the Royal Australian Regiment (3RAR) was also based in Japan but was at that time understrength and inadequately prepared for a combat deployment.

On 28 June Prime Minister Robert Menzies committed Australia’s RAN assets to the Korean War, followed several days later by No. 77 Squadron. I 3RAR was committed to ground operations in Korea in late July.  3 RAR was rap[idly reinforced with a special call for volunteers.  A surge of men answered the call, a great many of whom were expereinced soldiers with WW2 service, becoming part of what was known as 'K' or 'Kanga' Force.

The North Korean attack moved quickly and dislocated the South Korean and US forces ranged against it. However the North Koreans were eventually halted near Pusan.  In September, General Douglas McArthur (US) in command of all UN forces, then executed one of the master strokes of modern conventional warfare with a massed amphibious landing near Inchon which outflanked the North Koreans and cut their supply lines forcing them into wholesale retreat.  The UN Forces then began a pursuit of the North Koreans, to the Yalu river.

This precipitated the entry of China into the conflict.

The tables were once again turned with the UN forces being forced back and the Southern capital Seoul once again falling into the hands of its invaders.  The Chinese advance was eventually halted and the 3RAR played a pivotal role at the Battle of Kapyong on the 24 April 1951 along with a Canadian Battalion, a NZ artillery battery and a company of US heavy tanks.

The Australian troops deployed in Korea were arguably the most experienced expeditionary force Australia has ever put in the field.  Many WW 2 veterans rejoined the colours in order to go to Korea, bringing a wealth of combat experience and the seasoned toughness and confidence that marks veteran campaigners. Most of the combat leaders had previous battlefield experience.  The exploits of the Royal Australian Regiment, the RAAF and RAN elements deployed as Australia's fledgling professional standing armed forces after WW 2, often against daunting odds, in unforgiving terrain and in all phases of war set a peerless example for the generations of service men and women to follow.  It is a campaign that warrants a much greater understanding by the wider population and indeed current Defence Force personnel than has been evident in the years since the conflict, as an exemplar of the ANZAC spirit and the professionalism and dedication to task of experienced, well trained and well led people.