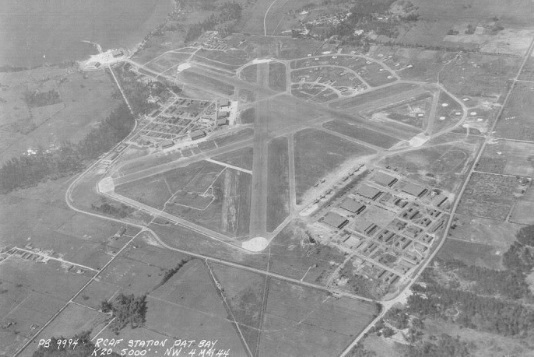 "32 OTU was formed at West Kirby, Liverpool, the personnel then moved by ship to Patricia Bay, British Columbia as part of No. 4 Training Command. Tasked to train general reconnaissance crews and the first Avro Ansons arrived in September 1941, and Bristol Beaufighters arrived in October 1942. With the start of the war in the Pacific the unit was declared an operational squadron to protect the Canadian coast from Japanese raids and re-designated No. 32 Operational Squadron on 15 December 1941. After a few days mounting patrols it became clear that the Japanese were unlikely to attack Canada and it reverted to an Operational Training Unit on 29 December 1941. Re-designated No. 6 Operational Training Unit RCAF in June 1944." - Wikipedia (en.wikipedia.org)