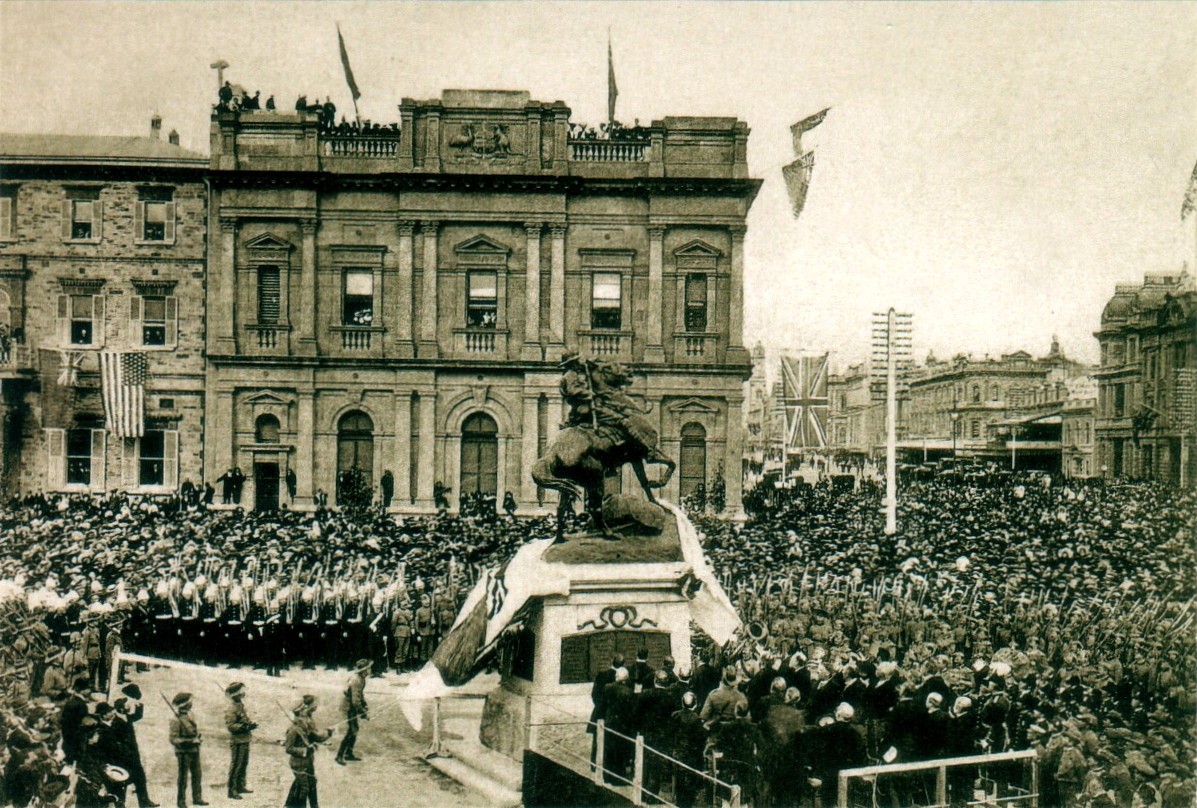 1904 – the Unveiling of the Boer War Memorial - Postcard

For those of us who work, study or live in the Adelaide CBD, we may walk past this beautiful memorial every day, although its surroundings look a little different today than they did on the occasion of its unveiling in 1904. I suspect few of us take the chance to stop and read the names. And yet the Boer War was the first occasion upon which South Australia, then an independent colony, contributed its citizens to serve abroad. It would be the last of the nineteenth century, but just the beginning of our military contributions.

The conflict in 1899 had escalated from a long history of tension and overt hostility between the British and Dutch-Afrikaner settlers, known as Boers; ever since the British had acquired South Africa at the conclusion of the Napoleonic Wars 1815. Defeats inflicted on the British by the Boers in the early 1880s ensured the continued independence of the Transvaal in the north. The Boers’ refusal to join the British Empire, coupled with the discovery of gold and diamonds brought things to a head when the Boers launched a pre-emptive attack in an attempt to counter annexation.

The collection of photographs held by the State Library of South Australia tells a story in its own right of the First South Australian Contingent, an infantry contingent consisting of 6 officers and 121 men. 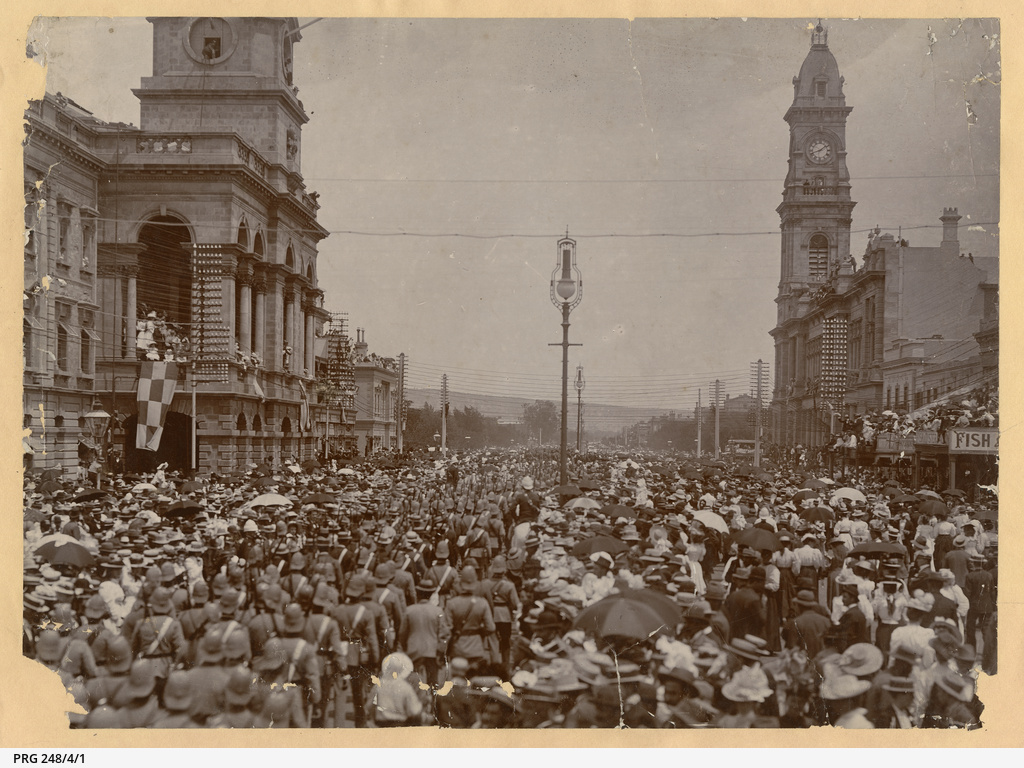 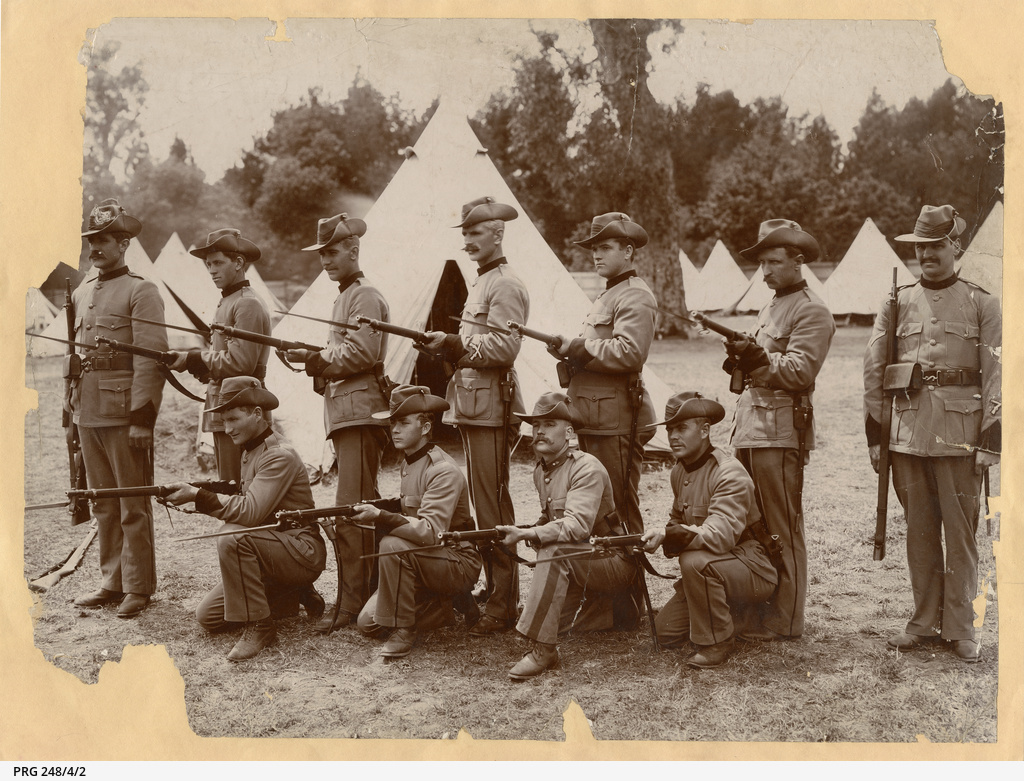 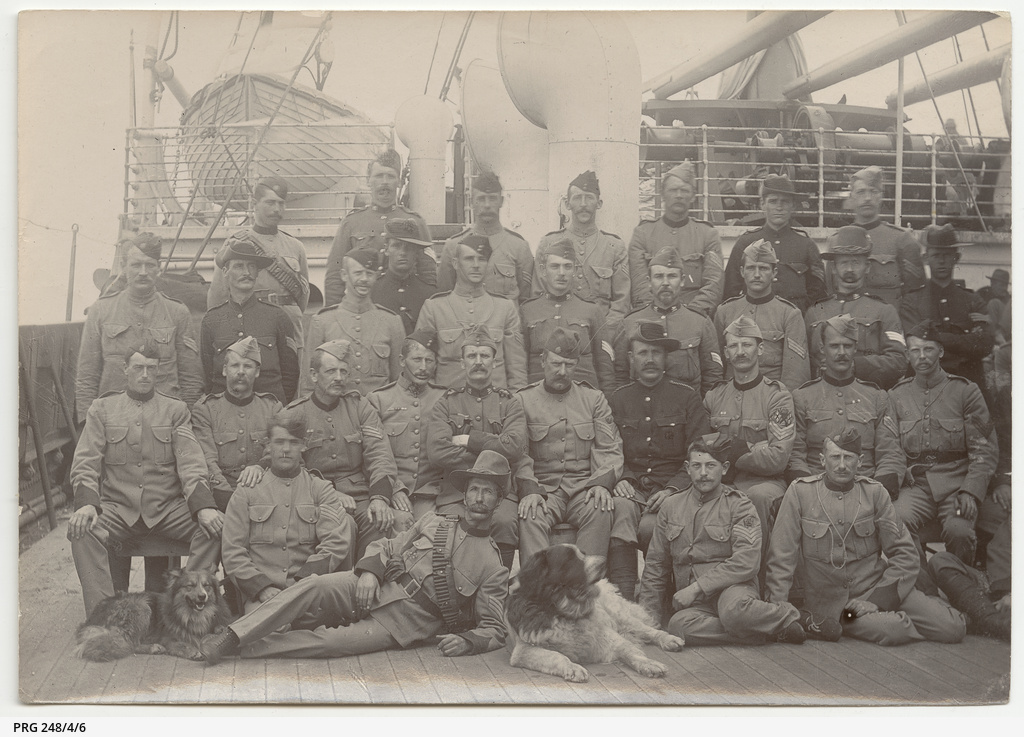 Members of the 1st Contingent to the South African War, taken aboard the SS Medic. A large dog (Nelson the Newfoundland) sits at the front of the group, SLSA PRG 248/4/6 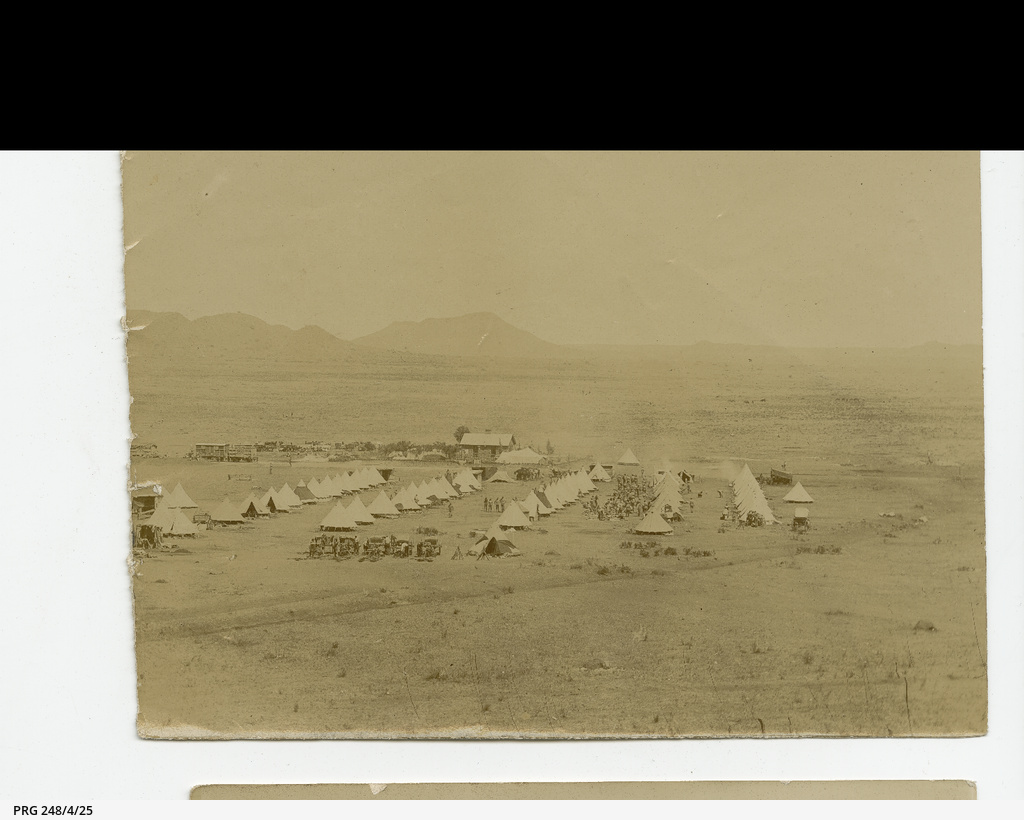 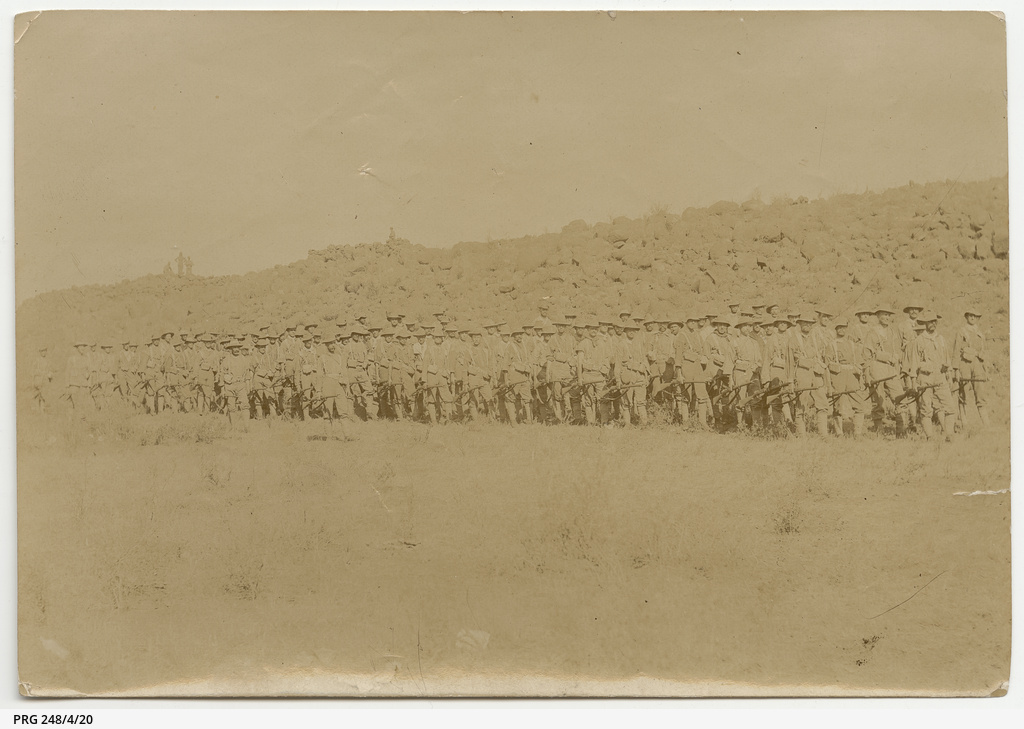 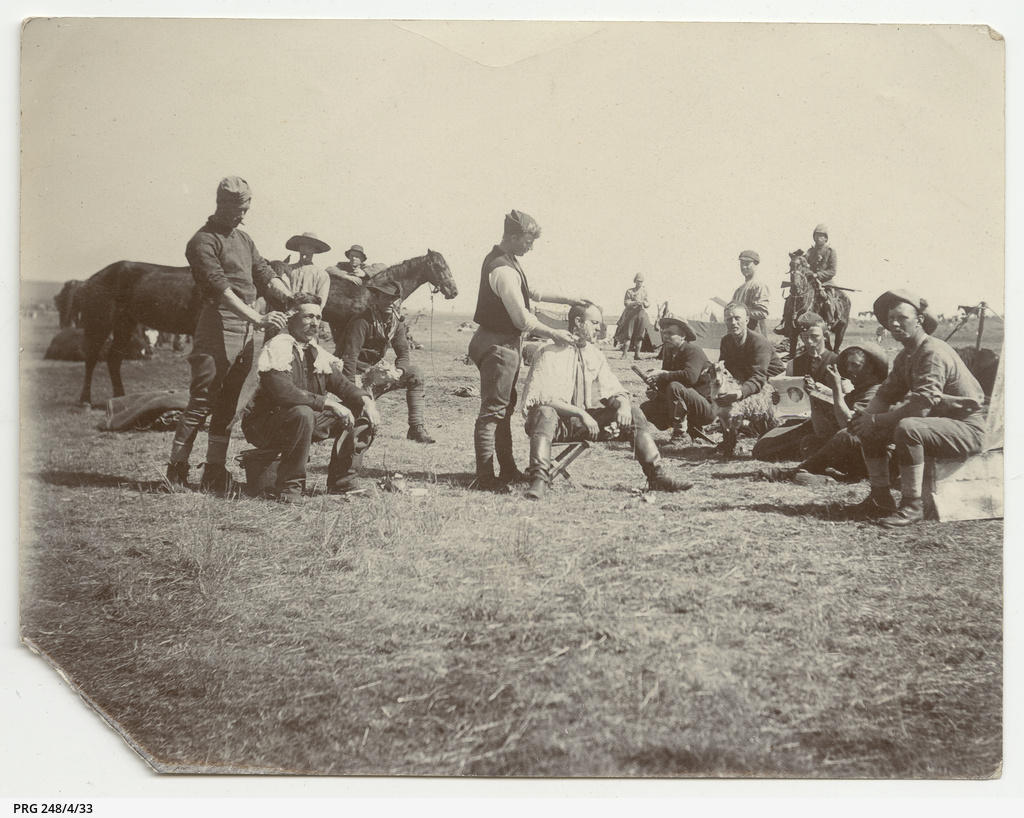 Soldiers receive a haircut out in the open in South Africa, SLSA PRG 248/4/33 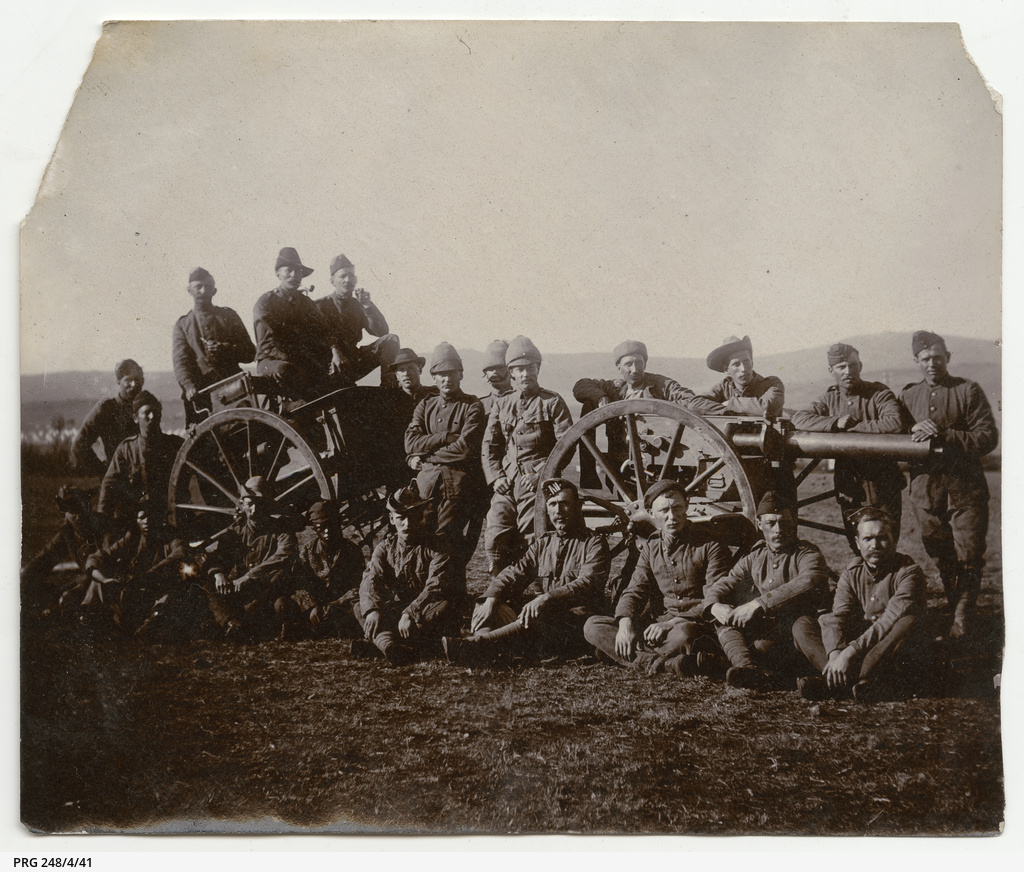 Soldiers and officers with a cannon during the South African Campaign, SLSA PRG 248/4/41 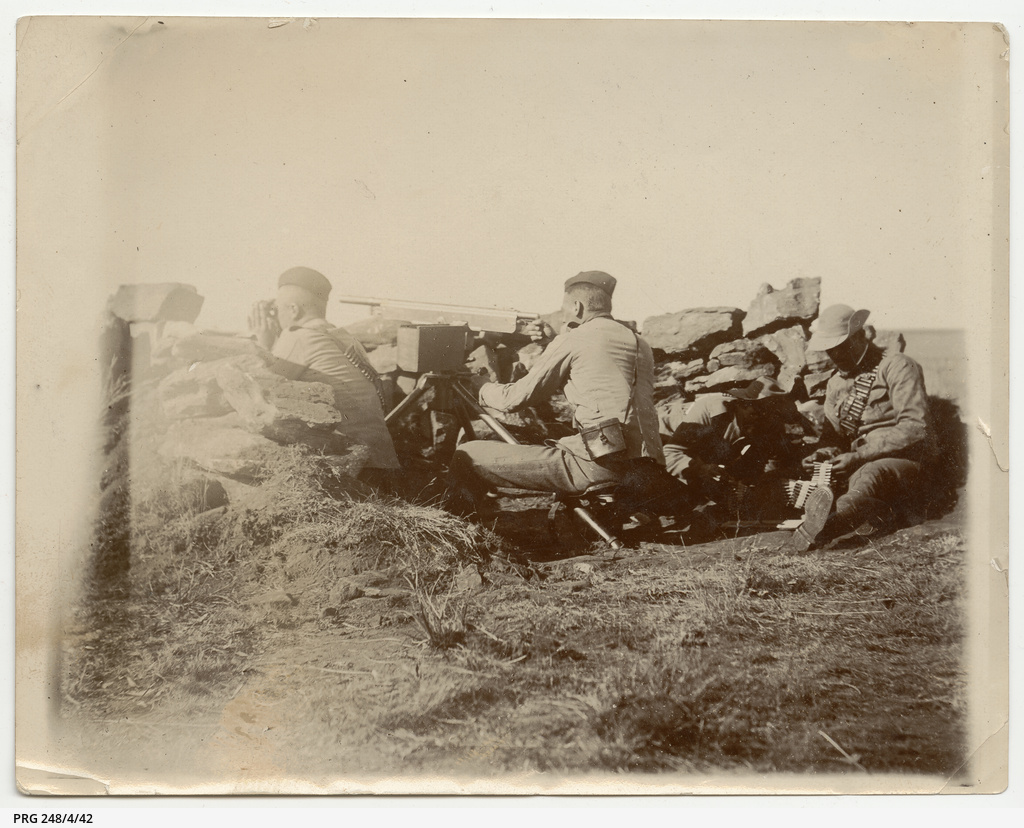 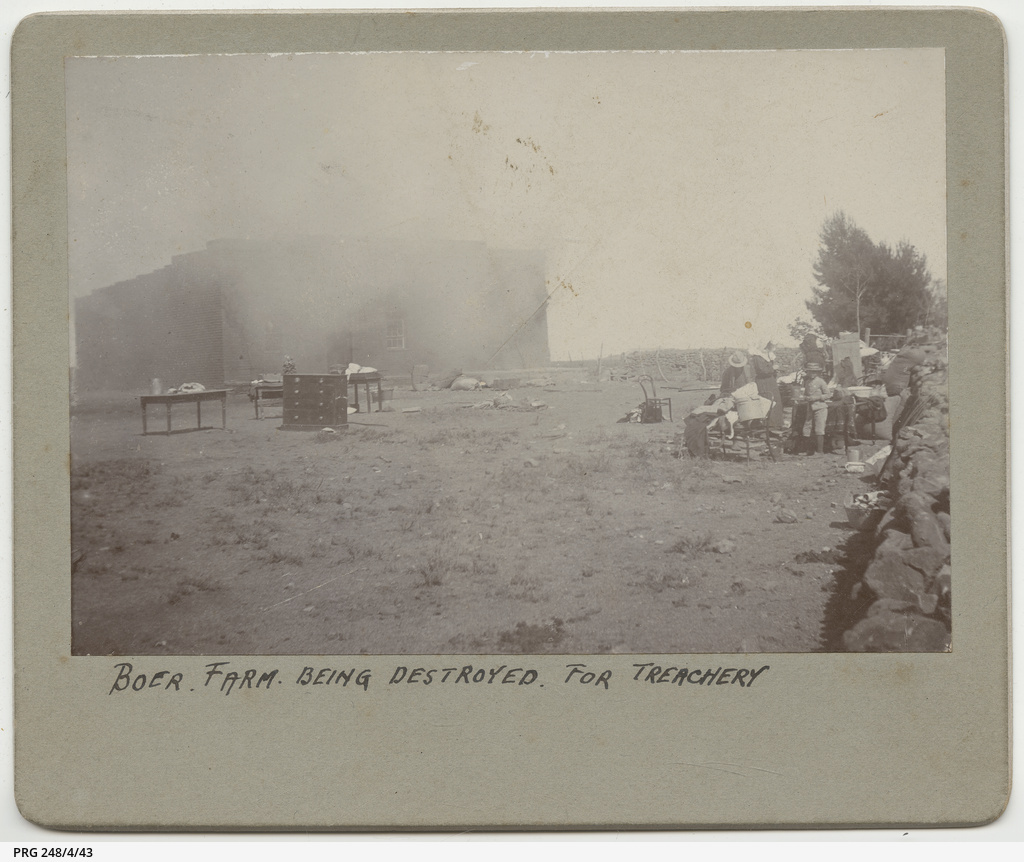 A building on fire with household furniture collected outside, SLSA PRG 248/4/43 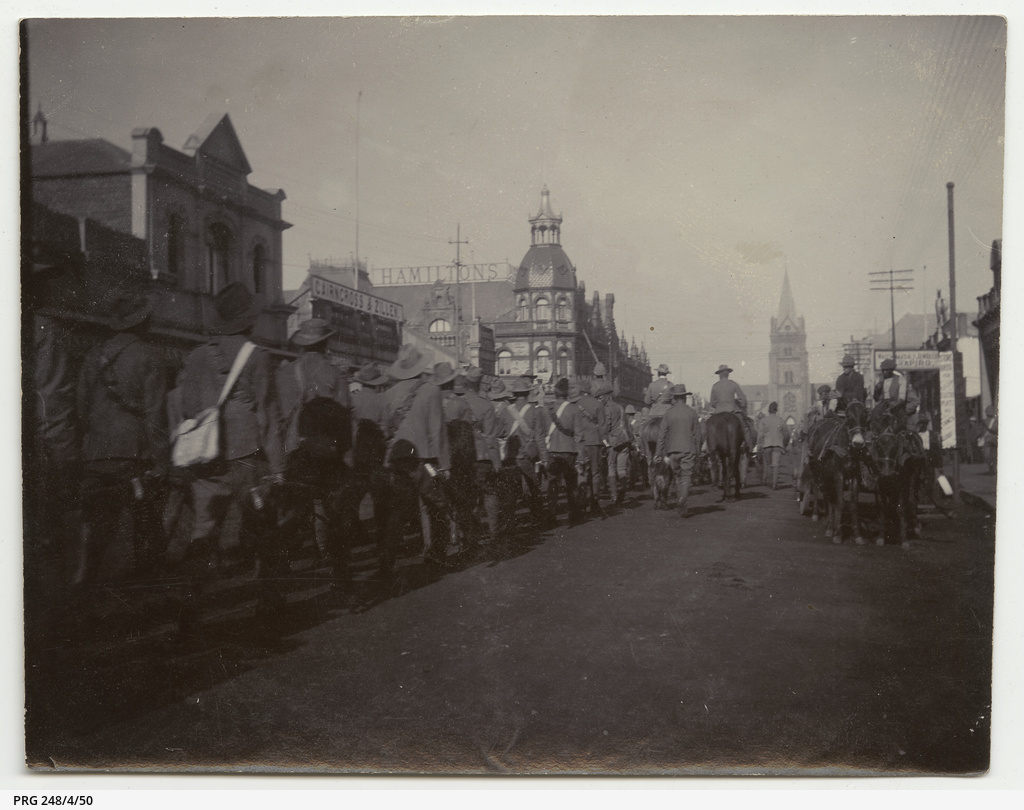 Troops marching along a main city street in South Africa. The city is possibly Pretoria - the premises of Cairncross & Zillen is to the middle left of the photo, SLSA PRG 248/4/50 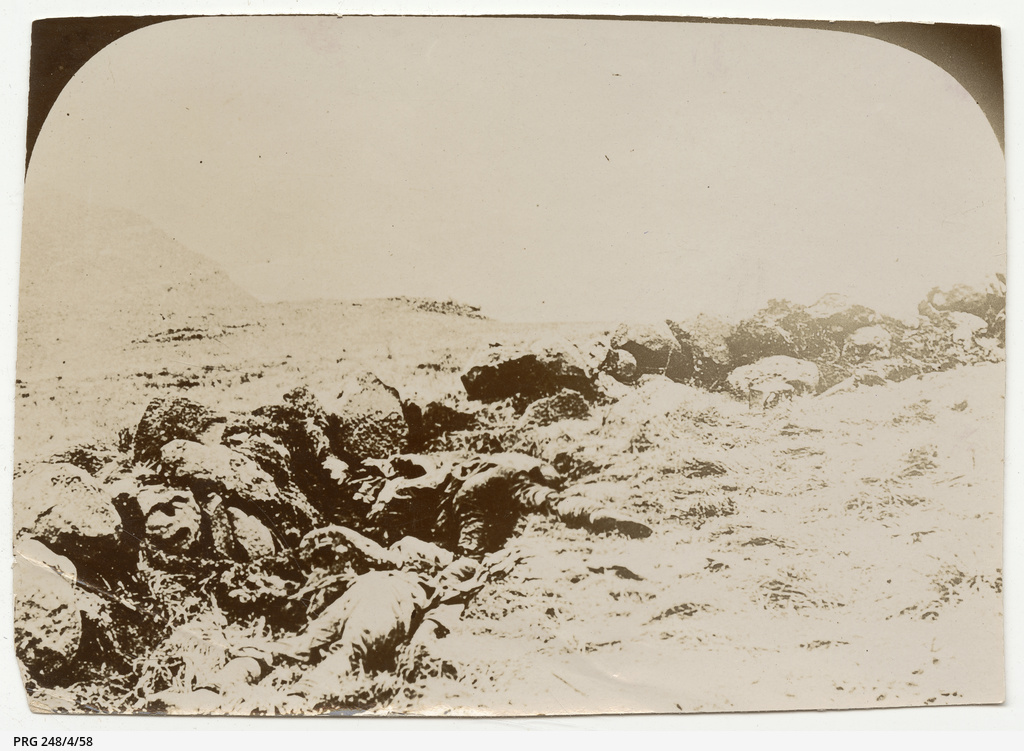 We encourage you to support our objective of capturing and preserving the stories of all those who served. Please make a contribution to the story of a family member or colleague or to the website more generally. Your support enables us to ensure that the individuals who served during the Boer War and the conflicts since will be remembered, whether or not their images survive.

Today we acknowledge the courage of the 6 officers and 121 soldiers of the first South Australian contingent who served. We especially remember those who did not return: 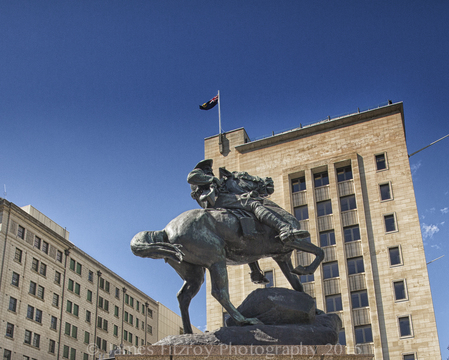