On the Home Front - Australian Servicewomen in World War Two

In a recent article the co-founder of the Australian Servicewomen Association, Calli Morgan, encouraged readers to ensure that “women’s stories of service, lost over the years, can be brought to light.”1 With today’s article we seek to do just that by shining a spotlight on the incredible work undertaken by women in World War 2.

Although women have served Australia from the Boer war, 1941 was arguably the most auspicious year for women in Australia’s armed forces. March saw the establishment of the Women’s Auxiliary Australian Air Force (WAAAF), while the Womens’ Royal Australian Naval Service (WRANS) and the Australian Women’s Army Service (AWAS) were formed in April and August respectively, in order to cover shortages or to release men for overseas service. The 66,000 servicewomen who enlisted throughout the course of World War Two proved themselves to be indispensable to Australia’s war effort.2 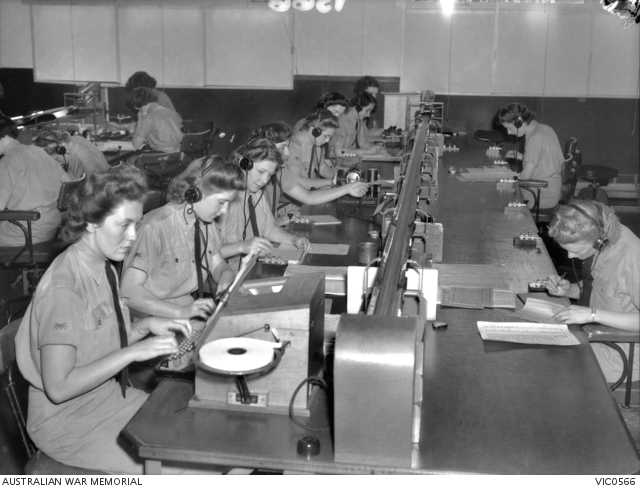 Intelligence, cryptography and telegraphy were some of the key areas in which women served during the Second World War, and the Central Bureau in Brisbane is perhaps the most well-known of the wartime intelligence units.3 Operating from 1942 to 1945, the Central Bureau was an allied signals intelligence unit. It had been initially established in Melbourne on 1 April 1942 on the order of General MacArthur but, as a joint US/Australian venture, when the Macarthur moved his headquarters to Brisbane, the Central Bureau followed suit.4 Staffed by men and women from Australia, the U.S.A., Canada, New Zealand and Britain, the purpose of the unit was the interception and decryption of Japanese intelligence. Work done by the Central Bureau played a vital role in the success of the Operation Vengeance, the American mission to kill Admiral Yamamoto for his role in the attack on Pearl Harbor.

The women of the No. 11 Australian Cypher Section all worked in the mansion’s garage on 12 Typex machines, which had been adapted by the British from the infamous German Enigma cypher machine. Messages were sent from the Henry Street mansion to the Government Code & Cypher School (GCCS) at Bletchley Park in Britain, America, India, as well as to troops in the Philippines. The service of the surviving veterans of the Central Bureau, now in their 90s, was recognised in an official ceremony in July this year.5 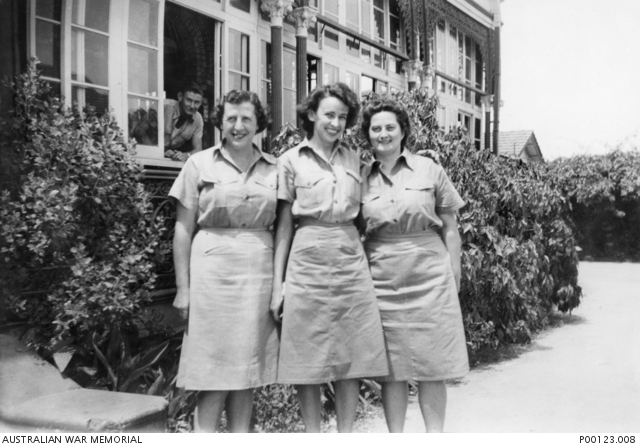 However, it should be also noted that the vital work of signals intelligence, in particular, was carried out all over the country. An example of this is the work done by the AWAS Signalwomen, stationed at the wireless station Lesmurdie in Western Australia, who had been trained as telegraphists, clerks, cypher clerks, line and switchboard operators. Their stories include not only their vital service, but also the unofficial aspects of life in wartime Australia; the bush walks, dances and the waving of revolvers at commanding officers.6

These stories highlight exactly what we are aiming to achieve with the RSL Virtual War Memorial. They recognise both the service of these women and the personal experiences that shaped their lives. As Morgan noted, the challenge lies in capturing these stories, and this is where you can help. Have you served? Has your grandmother, mother, sister, cousin, or friend? Help us to preserve their stories for perpetuity by contributing to their profile on the RSL Virtual War Memorial. It is initiatives like these that will ensure these stories are not only saved, but also shared for future generations.

Since World War Two, women have been able to occupy an increasingly diverse array of roles within the Australian Defence Forces, so we would also like to take this opportunity to make you aware, if you are not already, of the “Women’s Symposium” being hosted by RSL SA on 20 November 2015, for women who are serving, have served or have an association with the Defence Force. Click on the link below to find out more.