The Australian 9th Division have made famous the battles at El Alamein and the North Africa campaign amongst the Australian public, but the work of the RAAF in the First Battle of El Alamein is scarcely mentioned.

The Desert Air Force (DAF), established in late 1941, was hugely important in the success of the Allied offensive at El Alamein. At its peak, DAF comprised of over 1,500 combat aircraft from Squadrons all over the globe including South Africa, the United States, Poland and indeed Australia. No. 3 Squadron RAAF was in fact the most successful of any DAF squadron, logging 25,663 flight hours and scoring 217 kills across their World War II service.[i] 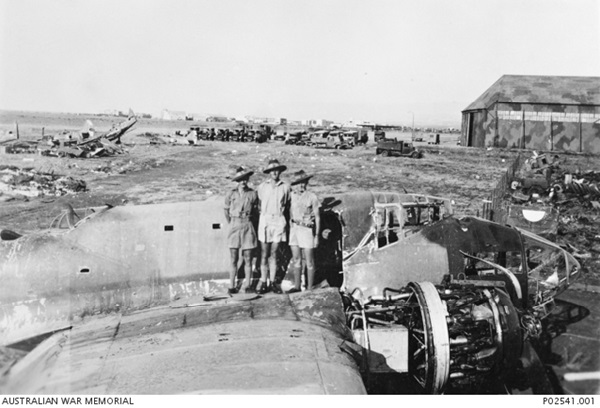 No. 450 and 451 Squadrons were also among the ranks of the DAF, with No. 450 Squadron contributing 16 Kittyhawks to the Force.[ii] No. 3 Squadron also provided 16 Kittyhawks.[iii] The Australian squadrons flew 1442 missions, claimed 8.5 enemy aircraft and probably destroyed a further 10 during the 34-day air campaign.[iv] Their work was costly however, as they lost 20 aircraft and 16 pilots.[v] 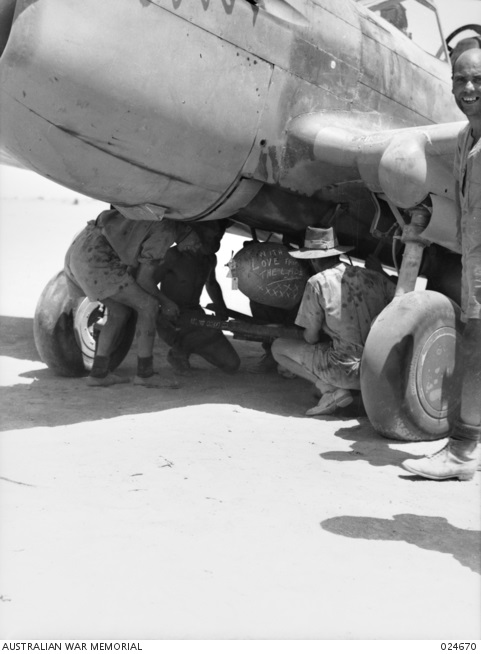 Members of No. 450 Squadron inscribe some ‘famous last words’ on a bomb being loaded into a Kittyhawk: “With love from the lads”
AWM 024670 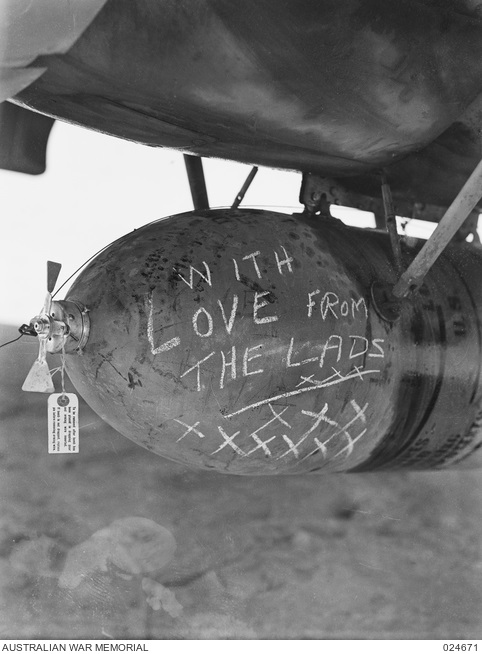 The DAF were lauded for their ability to compliment the troops on the ground while maintaining superiority over the Luftwaffe in the air. “It would be difficult for me to pay adequate tribute to the work and achievements of the Desert Air Force,” said Field Marshal Bernard Montgomery, Commander of the Eighth Army, “…the DAF and the Eighth Army…were one great fighting machine working with a single purpose.”[vi] The Australians contributed just 2% of the aircraft that made up the DAF, but their impact was proportionately significant. Their track record as successful airmen meant they were entrusted with important escort and advance operations,[vii] and they more than held their own against a well trained and experienced Luftwaffe.