Diary of a Destroyer

Diary of a Destroyer: the HMAS Parramatta in German New Guinea 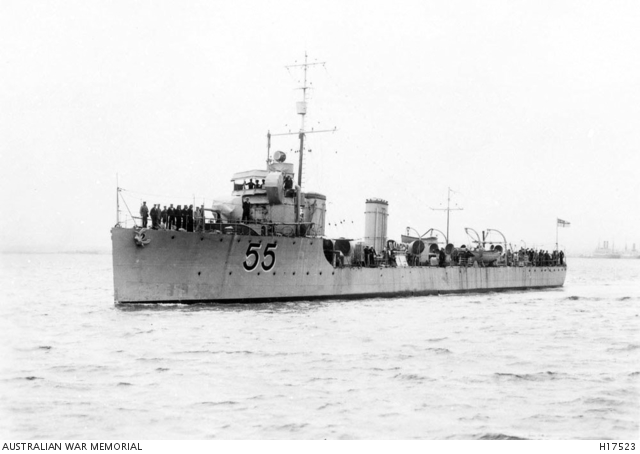 Australia's first campaign of World War One has received comparatively little attention, however it was in the tropics of Papua New Guinea that Australian forces had their first taste of combat and of success. At the very outbreak of the war in August 1914, Britain issued a request to Australia to destroy Germany’s wireless capability in the South Pacific and to capture German New Guinea. The Australian Naval and Military Expeditionary Force (ANMEF) was formed with a 1000 strong infantry battalion, 6 companies of the Royal Australian Naval Reserve, two machine gun sections, a signals section, a medical section and a militia battalion from northern Queensland.[1] 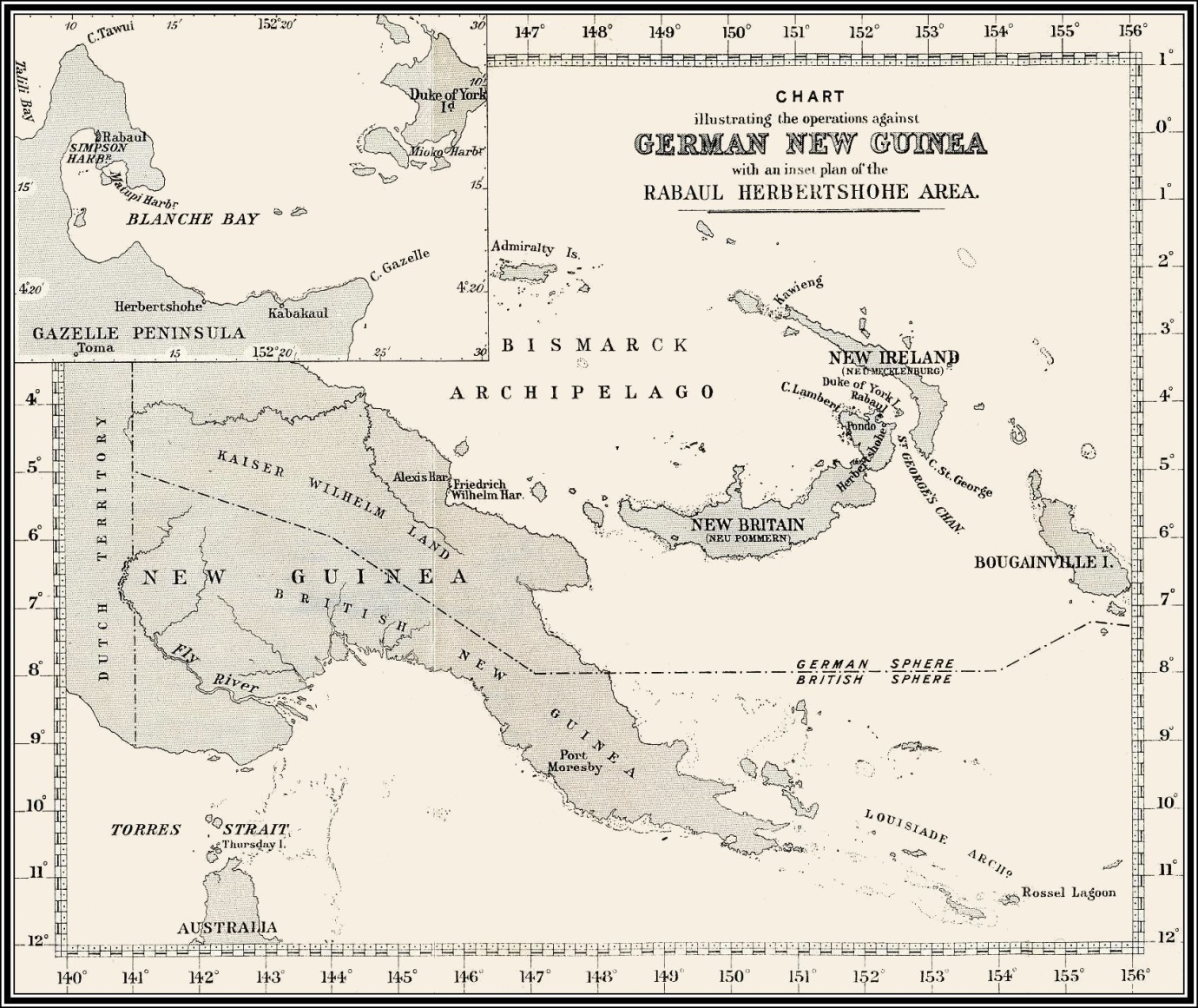 The infantry were transported aboard HMAS Berrima a refitted Peninsular and Oriental liner[3] leaving Sydney on 19 August 1914, with the cruiser HMAS Sydney and the flagship, battle cruiser HMAS Australia.[4] They were joined in September by the cruiser HMAS Encounter, the destroyers HMAS Parramatta, Warrego and Yarra, and the submarines AE1 and AE2. Records left by Lieutenant Commander Cyril John Percy Hill of the Parramatta and Charles Suckling, stoker aboard the AE2, provide us with insight into the excitement, disappointment and grief that accompanied the successes of the ANMEF in the first months of the war.

For the Parramatta, August seemed filled with disappointment. “Huge excitement” at the prospect of engaging with the enemy was dashed on 8 August when a vessel without lights turned out to be their oil vessel.[5] “Huge disappointment” followed the discovery that the Germans had left Simpson Harbour where the three destroyers had been ordered to engage them; all the crew of the Parramatta saw were “a hundred or so natives dancing tango round fire on beach”. On being ordered to enter the harbour and shell the wireless station, “no wireless station. More disappointment.”[6]

When the Parramatta did capture prisoners at Herbertshohe on 12 August, a German missionary and a local man, their loyalty in the face of a “revolver down their necks”, meant that the crew of the Parramatta had to instead follow the telegraph wires only to find the Post Office abandoned of its German occupiers. Instead, they were forced to content themselves with cutting wires, destroying equipment and capturing “loot”, consisting of cigars, postcards and coconuts.[7]  On 17 August, a chase of a schooner earned them no further German prisoners; it turned out to be an English missionary unaware war had been declared. Nevertheless, the crew had managed to chase down a feast as the missionary handed over bananas, coconuts, yams and pumpkins, along with a blessing for the ship and her crew.[8]

However, there were minor excitements to break the monotony for the ship’s company, who spent most of August “growing whiskers.”  On one occasion, the first Lieutenant slept through his watch, while the gunner who had preceded him, had also retired to bed, resulting in “copious orders in writing and threats to log” and a note from Hill on the offenders’ “tears of penitence (I don’t think).” A shark was caught and discovered to have a straw hat inside when excitedly dissected by Chinese sailors, and a large crocodile, which Hill would later claim “must bear a charmed life,” was pleased to elude Australian guns.[9]

Although the Paramatta and her crew captured some trading schooners, relieving them of German weapons, ammunition and flags, they had missed one of the most eventful moments of the ANMEF campaign in New Guinea, the battle at Bita Paka, south of Kabakaul on New Britain (New Pommerania) on 11 September. As he had heard it, Hill recounted the encounter of a scout party with New Guinean troops under the command of German officers and NCOs. In response to the call for help from the RAN landing party, the destroyers landed their companies, followed by the infantry from Berrima and Australia. However, the backup could not arrive quickly enough to prevent the loss of two officers and four men of the RAN reserve, and the wounding of a further officer and three men.[10]

On September 14, the Parramatta was involved in the most tragic loss of life during the ANMEF’s involvement in the South Pacific. The Parramatta and the AE1 were tasked with patrolling St George’s Channel. The destroyer and the submarine parted company as they each went to patrol different areas. At length, the Parramatta returned by the same course but there was no sign of the AE1. Thinking the submarine had returned to the harbour, the destroyer followed suit, anchoring off Herbertshohe. The AE1 had not returned. At 2300, the Parramatta received the signal to join the search for the submarine. They discovered a small steamer with a German gun aflame, assumed to have been destroyed by the Germans when they had been unable to get her off an unchartered section of reef. The Yarra had damaged her propeller on another previously unknown reef, proving the waters to be treacherous indeed and, by the 16th of September Hill wrote that he was “very much afraid that she [the AE1] was a gonner.”[11]

As the ANMEF’s mission continued, so too did Hill’s commentary on the Parramatta’s adventures, and lack thereof. On 20 September, reported “no sign of enemy . . . whiskers getting on splendidly,” although there was the attempted escape overboard of a German prisoner who had been “riddled with bullets from guard before he got twenty yards.”[12] More excitement was had a few days later when “by a fluke” the Parramatta discovered a German steamer hidden in an unchartered creek off Mioko Harbour in the Duke of York Islands. Hill professed himself to be “quite sorry” for the captain, described by Hill as a “very decent chap”; the Germans had been hiding for a fortnight and had barely any food left. The following day, they found the forty Germans who had been responsible for torching and abandoning the grounded steamer. Stranded, they had taken to foot and “marched overland arriving too late to defend Herbertshohe. The charmed crocodile made another appearance but, once again, proved too adept to succumb.[13] 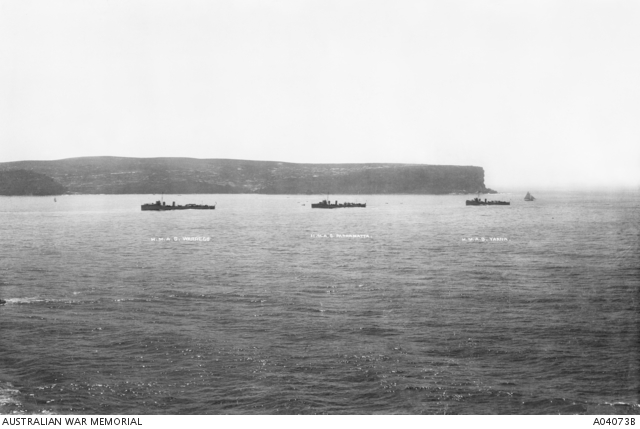 By the end of the month however, the Parramatta had slipped back into frustration at lack of engagement. Hill went so far as calling the Admiral a “silly Ass” if his reason for not allowing the fleet to venture out in search of the Germans was that he thought the “enemy will dare attack Simpson Haven.” The following day on 1 October, some of the fleet were indeed sent out but, much to the chagrin of Hill and the crews of the Parramatta, Warrego and Yarra, it was the cruiser who left on adventures, while the “poor old destroyers” were left behind to patrol the port.[14] After another relatively uneventful three months, punctuated by fights between and among Australian crews (allegedly stirred up by the French) and characterised by tinned meat and biscuits,[15] the Parramatta left New Guinea waters with the other destroyers, returning to Australia in February 1915.[16]