The WAAAF was the first and largest women’s service in Australia. Support for the WAAAF came as early as June 1940, with notable backing from New South Wales Premier Alexander Mair and Chief of the Air Staff Sir Charles Burnett. Burnett had two daughters who had previously served in the Women’s Auxiliary Air Force in the UK. Burnett’s enthusiasm was extinguished by Minister for Air Jim Fairbairn, who rejected the suggestion women were needed when there “was such a plentiful supply of young men clamouring to join”.[i] The RAAF was in fact suffering shortages in key areas of expertise, namely wireless telegraphists, due to many of their men being sent overseas for EATS training.[ii] Despite the shortages, approval for the Women’s Auxiliary Australian Air Force (WAAAF) was not approved by the War Cabinet until 4 February 1941, 14 months after it was first proposed. 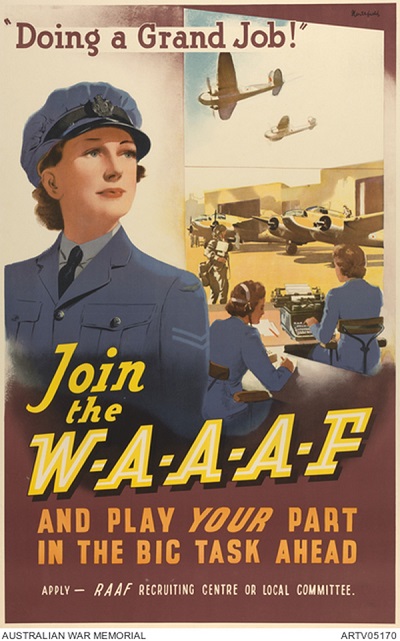 The first WAAAF intake came on 17 March 1941.[iii] By the end of August 1945, approximately 27,000 women had enlisted in the WAAAF.[iv] Flight Officer Mary Bell was the first Director of the WAAAF, holding the role for three months before she was succeeded by Squadron Officer Clare Stevenson.[v] Although the WAAAF was first conceived to fill the shortage of male wireless telegraphists, members were tasked with a variety of different administrative and professional tasks, such as engine fitters, meteorological assistants, photographers and clerks.[vi] 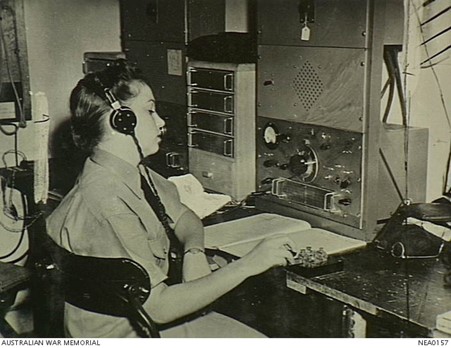 The WAAAF was demobilised in 1947, and replaced by the Women’s Royal Australian Air Force (WRAAF) in 1950.[vii] All WRAAF members were transferred into the RAAF in 1977, finally ending discriminatory pay rates and allowing women the same opportunities in enlistment and promotion as men. Today, nearly a quarter of Australia’s Permanent Air Force are women.[viii]