The Allies only had 75 aircraft stationed in Malaya prior to the Japanese invasion on 8 December 1941, and No. 21 Squadron RAAF was the sole fighter squadron stationed on the island.[i] The only available fighter planes were twelve Brewster Buffalo B-399E’s,[ii] an aircraft that struggled in the tropical climate because of its tendency to overheat and poor manoeuvrability. In comparison, the Japanese had at least 459 aircraft available for the invasion.[iii] A further 83 Allied aircraft were based in Singapore, manned by squadrons from the RAAF, RAF, Royal New Zealand Air Force (RNZAF) and Royal Netherlands East Indies Army Air Force.[iv]

No. 1 Squadron RAAF, operating in Lockheed Hudsons, became the first Air Force unit to make an attack in the Pacific War[v] when, on 7 December 1941, they sunk the Japanese transport ship Awazisan Maru and damaged the Ayatosan Maru and Sakura Maru off the coast of Kota Bhura.[vi] The action occurred just one hour before the Japanese attack on Peral Harbour, and only cost the squadron two Hudsons.[vii] 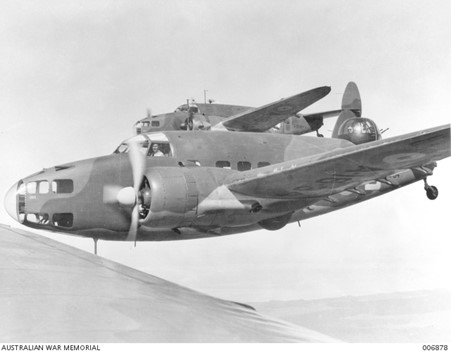 A formation of Lockheed Hudsons, flown by members of 1 Operational Training Unit
AWM 006878

The sheer number of Japanese planes made it difficult for the Allies to gain any control in the air. On 10 December, No. 453 Squadron was sent in support of Z Force and quickly proved themselves worthy airmen. They destroyed five Japanese aircraft without loss in their first combat and carried out “numerous successful strafing attacks on enemy troop concentrations and road transports, [as well as] low-level reconnaissance flights deep inside Japanese held territory”.[viii] One of the biggest fighter engagements occurred on 22 December when a group of 12 No. 453 Squadron Buffalos endured a “savage 15-minute dog fight” with more than 20 Japanese Zeros.[ix] During the dog-fight, New Zealander Sergeant Malcolm Neville Read sacrificed himself by ramming his own Buffalo into an enemy Zero when he had run out of ammunition.[x] Pilot Officer Robert Williams too was killed when he crash-landed his own Buffalo.[xi] 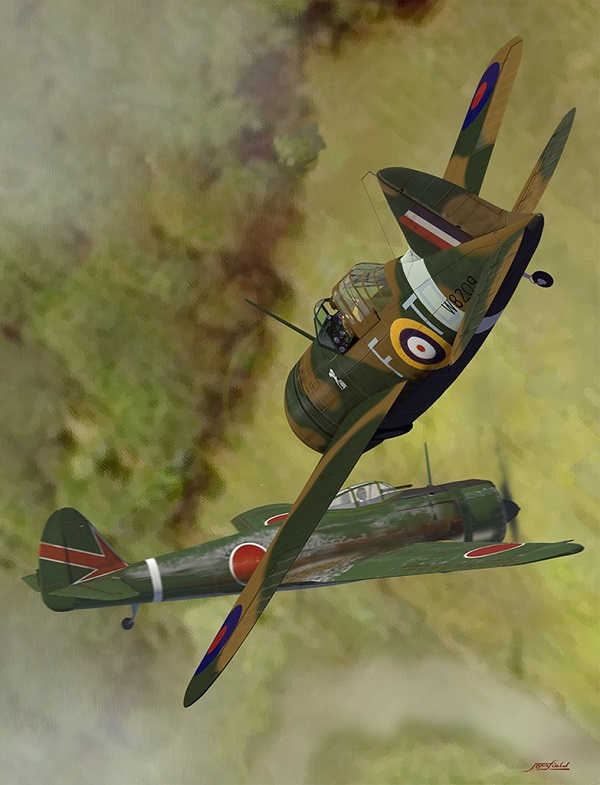 Although they were not able to prevent the advance of the Japanese army from northern Malaya to Singapore, the Allied aircrews, in particular the RAAF, held their own in the air despite being considerably outnumbered. RAAF squadrons managed to shoot down at least 20[xii] Japanese aircraft, and the Allies as a whole claimed 80, while only losing approximately 100 of their own.[xiii]