The work of the RAAF at Milne Bay has been described as their “finest forgotten hour.” Nos 6, 75 and 76 Squadrons were tasked with supporting the approximately 8,000 soldiers on the ground.[i] Their first contribution came on 25 August – a highly successful raid on seven Japanese landing barges located ashore of Goodenough Island, 100 kilometres north-west of Milne Bay.[ii] The Kittyhawks of No. 75 Squadron completely destroyed all seven barges, including their cargos. Meanwhile, Nos 6 and 76 Squadrons were engaged with a Japanese convoy that included two cruisers, three destroyers, two submarines and two transport ships.[iii] Bad weather meant targeting the ships was difficult,[iv] and as such the convoy reached the shore of Milne Bay in the early hours of 26 August.[v]

During the landing, all three RAAF squadrons provided vital support to the ground troops, strafing landing barges, vehicles and troop concentrations.[vi] As the battle wore on, the Allied airfield and three landing strips became hotly contested. Attacks by Japanese fighters were persistent, and eventually RAAF squadrons in Australia were called in for help, including No. 30 Squadron from Townsville and No. 100 Squadron from Laverton, who conducted the RAAF’s first ever aerial torpedo attack.[vii] The groundcrew were the unheralded heroes of the operation, working day and night to repair damaged aircraft and runways that had been torn up by enemy bombing and the torrential rain. 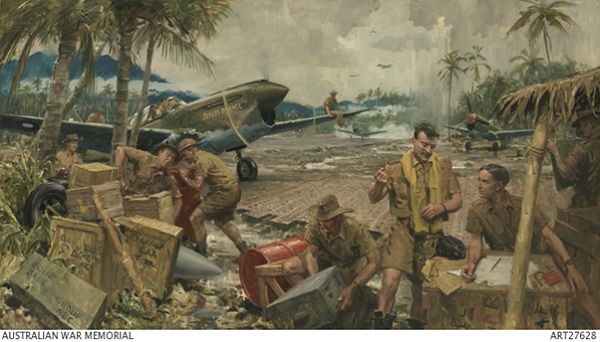 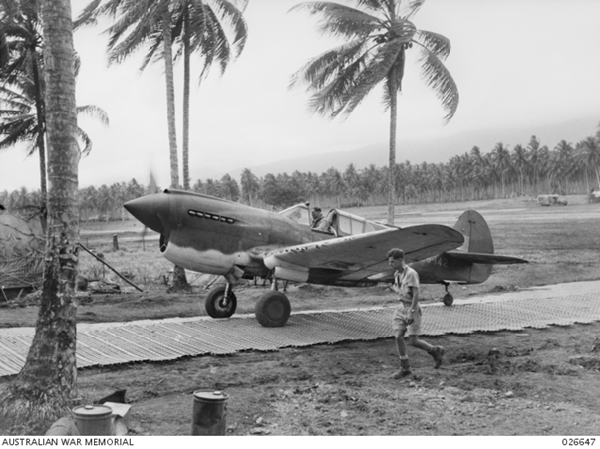 The consistent daily strafing by the RAAF forced Japanese troops to seek shelter during the day and pushed them from the perimeter of the airfield to deep into the jungle.[viii] By 6 September, the Japanese recognised the futility of their attacks, and began evacuating their troops.[ix] The first decisive land victory for the Allies against the Japanese was won in large part due to the work of the RAAF and their air superiority.