"Poor Devils": The Battle of Pozières 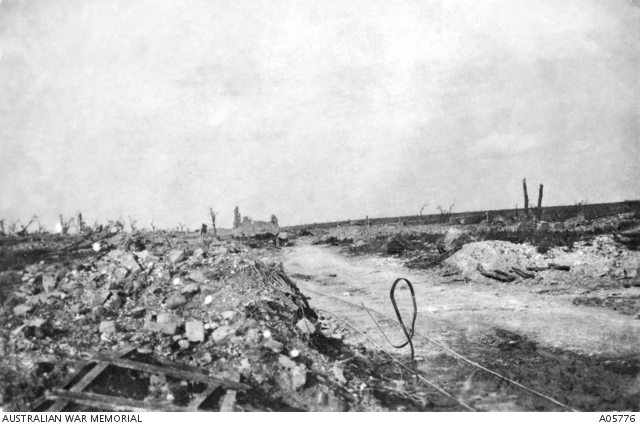 The main street of Pozières, December 1916.

In essence, Pozières is best described by an epitaph by Charles Bean, now engraved on a plinth near the site of the Pozières windmill:

The commitment of the 1st, 2nd and 4th Divisions to the fighting at Pozières from 23 July and then Mouquet Farm from 12 August lasted five weeks, in which the time AIF sustained 23,000 casualties; killed, wounded, missing or PoW. It was characterised by a rolling succession of attacks, counter attacks by the enemy and relentless artillery shelling, the intensity of which changed the landscape and drove men mad.

Pozières entailed an initial phase to capture the ruins of the village carried out by the 1st Division, including South Australia's 10th Battalion, which had previously distinguished itself at Gallipoli. Lieutenant Arthur Blackburn was awarded the Victoria Cross for leading seven successive assaults which finally captured a large stretch of German trenches. 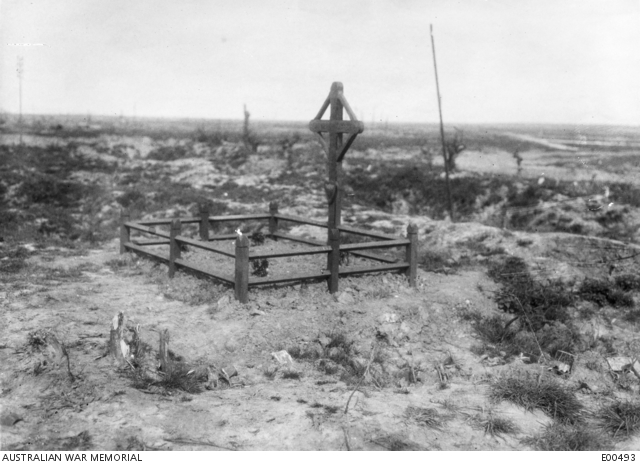 Cross erected at Pozières to the memory of the 10th Battalion's fallen, May 1917. This cross returned, like the surviving members of the 10th Battalion, to Adelaide and now sits within the National War Memorial precinct on North Terrace - https://vwma.org.au/explore/memorials/49.

The second phase entailed the capture of 'the Windmill', or rather the ruins of it, atop the high ground to the NE of the village, by the 2nd Division, including South Australia's 27th Battalion. The 27th Battalion actually captured the ruins themselves. In the course of this attack Private Russell Bosisto, a Baker from Prospect, disappeared, to be re-discovered 82 years later not far from the objective of the attack.

The final phase entailed consolidation of the ridge line around the Windmill ruins, by the 4th Division, which included the 48th Battalion, a composite SA/WA Battalion and the all-SA 50th Battalion, although the 50th was its Brigade Reserve in the attack. The 48th Battalion relieved the 27th astride the Windmill ruins and reported that there was no one left alive on the forward positions of the Battalion. They then held out against heavy shelling and counter attacks until the momentum swung north towards Mouquet Farm and they were relieved by Canadian troops.

It has been said there is more South Australian DNA in the soil around the immediate vicinity of the Pozières Windmill than any other single place outside Adelaide. One of the contributors was Bosisto, whose remains were discovered by a farmer ploughing his field in 1998.

The sequence of 1st, 2nd and 4th Divisions being flung against well-prepared defences was repeated in the attack on Mouquet Farm, the intention of which was to outflank the key German defensive position at Thiepval, an attempt which ultimately failed.

2. David Twining was later commisioned and awarded a Military Cross. He shot himself in 1931 at Keswick Barracks, perhaps never having got over the effects of his service.