Jamestown Back to Search 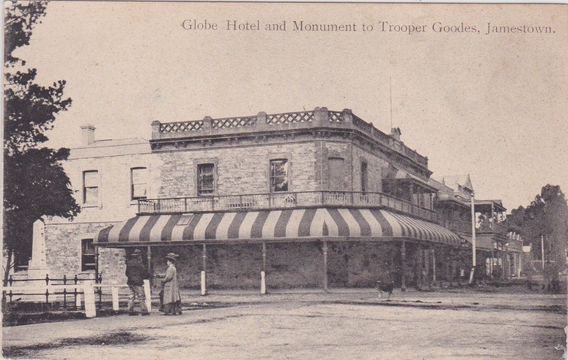 "Jamestown, originally inhabited by the Ngadjuri people, was first explored by Edward John Eyre and his party in 1839. European pastoralists settled the area around Jamestown a few years later, running sheep on large pastoral stations. Following the passing of the Wastelands Amendment Act (Strangways Act) in 1869, the stations were opened up for agricultural settlement, with the prime aim being to increase wheat production. The land was surveyed into 100 square mile areas, known as Hundreds, and the district’s first farmers (purchasing up to 640 acres each) arrived in time to sow their first crop in the autumn of 1871. Surveyed in the Hundred of Belalie, the township of Jamestown was named after Governor of the day, Sir James Fergusson (whose Scottish background is reflected in many of Jamestown’s street names). Agriculture in the district developed rapidly, and with Bundaleer Forest established during this time as well, a myriad of opportunities opened up for enterprising business men and women."

Showing 8 people of interest from Jamestown

Showing 4 memorials of interest from Jamestown