Grange Back to Search 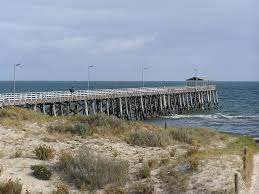 Grange is a coastal suburb of the City of Charles Sturt, in Adelaide, South Australia, located 11 kilometres from the Adelaide city centre.

Originally called The Grange, the suburb is named after Captain Charles Sturt's cottage,[8] which originally stood on 500 acres (200 ha) of farmland. Sturt's farm was subdivided in 1878 by a private company intending to establish a beach resort.[9] The cottage still stands and is now a museum.

In 1945, the name was adopted in 1945 by the local government area of the Town of Henley and Grange.

Showing 8 people of interest from Grange

Showing 1 memorial of interest from Grange