Queanbeyan Back to Search 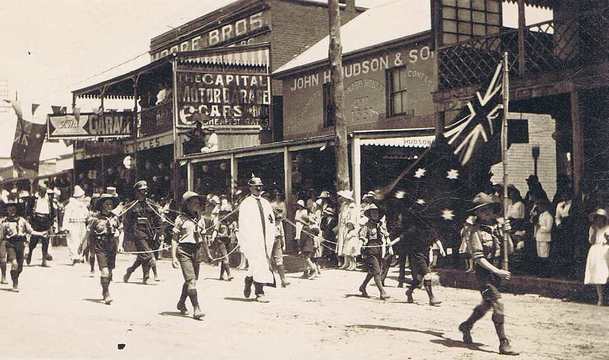 Queanbeyan is a city in the south-eastern region of New South Wales, Australia, located adjacent to the Australian Capital Territory in the Southern Tablelands region. Located on the Queanbeyan River, the city is the council seat of the Queanbeyan-Palerang Regional Council. At the 2016 census, the Queanbeyan part of the Canberra–Queanbeyan built-up area had a population of 36,348.

Queanbeyan's economy is based on light construction, manufacturing, service, retail and agriculture. Canberra, Australia's capital, is located just 15 kilometres (9 miles) to the west, and Queanbeyan has to some extent become a commuter town. The word Queanbeyan is the anglicised form of Quinbean, an Aboriginal word meaning "clear waters".

Proclaimed a township in 1838, when the population was about 50 people.  On 28 November 1837 the Colonial Secretary announced the appointment of Captain Alured Tasker Faunce as resident police magistrate at Queanbeyan. His homestead, called Dodsworth, was situated on the banks of the Queanbeyan river opposite the town. The town plan was laid out by surveyor James Larmer, in 1838.

Traces of gold were discovered in 1851 and lead and silver mines also flourished briefly. Settlers were harassed by bushrangers, of which James Shaw, William Millet, and John Rueben, John Tennant, Jacky Jacky, Frank Gardiner and Ben Hall were some of the more notorious.

Queanbeyan was granted city status on 7 July 1972. On 21 July 1975 the Queen's Bridge was opened. This bridge took pressure off the existing bridge in linking Monaro Street directly to the east. From 1982 to 1989, the Canberra Raiders rugby league team played their home games in Queanbeyan, at Seiffert Oval.

Since December 2008, the Australian Defence Forces's HQ Joint Operations Command has been based adjacent to the Kowen district of the Australian Capital Territory, just south of the Kings Highway, about 15 km east of Queanbeyan, and 15 km south of Bungendore, New South Wales.

Showing 8 people of interest from Queanbeyan

Showing 4 memorials of interest from Queanbeyan