Victor Harbor Back to Search 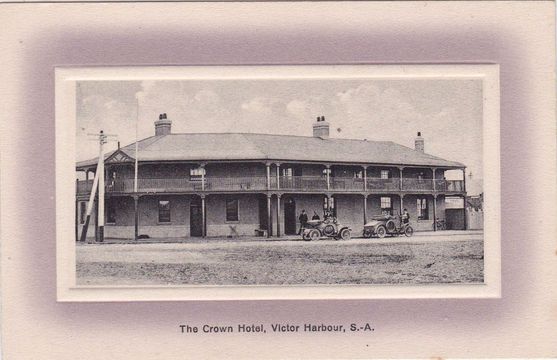 Victor Harbor is a town located within the Council area of Victor Harbor on the south coast of the Fleurieu Peninsula, about 80 kilometres (50 mi) south of Adelaide, the capital of South Australia. The town is the largest population centre on the peninsula, with an economy based upon agriculture, fisheries and various industries. It is also a highly popular holiday and tourist destination, with the area's population greatly expanded during the summer holidays, usually by Adelaide locals looking to escape the summer heat.

Traditionally home of the Ramindjeri clan of the Ngarrindjeri people, the bay on which Victor Harbor sits was discovered by Matthew Flinders in HMS Investigator in April 1802. As part of the first circumnavigation of the continent, Flinders was surveying the then unknown southern Australian coast from the west. He encountered Nicolas Baudin in Le Geographe near the Murray Mouth several kilometres to the east of the present day location of Victor Harbor. Baudin was surveying the coast from the east for Napoleonic France. Although their countries were at war, each captain was given documents by the other nation's government, stating that the ships were on scientific missions, and were therefore not to be regarded as ships of war. Together, the ships returned to the bay and sheltered, while the captains compared notes. Flinders named the bay Encounter Bay after the meeting.

In 1837 Captain Richard Crozier who was en route from Sydney to the Swan River Colony in command of the Cruizer-class HMS Victor,[6] anchored just off Granite Island and named the sheltered waters in the lee of the island 'Victor Harbor' after his ship.[7] About the same time two whaling stations were established, one at Rosetta Head (popularly known as "the Bluff") and the other near the point opposite Granite Island. Whale oil became South Australia’s first export. From 1839 the whaling station was managed for a time by Captain John Hart, a later Premier of South Australia. The town of Port Victor was laid out on the shores of Victor Harbor in 1863 when the horse-drawn tramway from Goolwawas extended to the harbour. The last whale was caught off Port Victor in 1872.

The town's name was changed to 'Victor Harbor' in 1921, as a result, it is said, of a near shipwreck blamed on confusion with Port Victoria on the Yorke Peninsula. Despite the fact harbour is normally spelt with a "u" in modern Australian English, the name of the city is spelt Victor Harbor. This spelling, found in several geographical names in South Australia, including Outer Harbor, is due to the fact that in early Australian English, American spellings were standard, for reasons that remain unclear. Victor Harbour railway station is spelt with the u.