Lockleys Back to Search 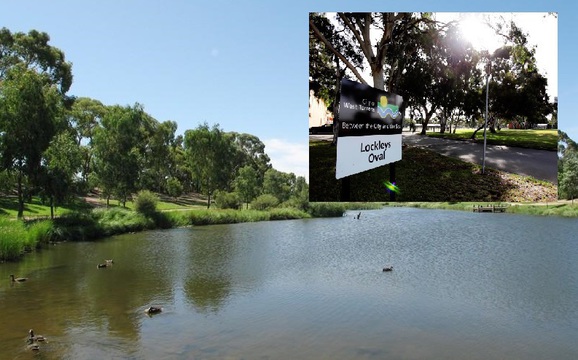 Lockleys is an inner western suburb of Adelaide, South Australia, located in the City of West Torrens.

The area was for many years, subject to flooding by the River Torrens, which originally ran into an area named "The Reedbeds" in the upper reaches of the Port River. In the 1930s the Torrens Channel, also named Breakout Creek, was cut through the coastal dunes to Gulf St Vincent, to drain the wetlands and eliminate the flooding. A large part of Lockleys is within a bend of the River Torrens.

Hence, prior to subdivision, the area was renowned for its rich soil, market gardens and greenhouses.

The Rowell family, for which Rowell's Road is named, were prominent horticulturalists and the patriarch of the family Colonel James Rowell, CB, VD, figured prominently in the raising of the "Reedbed Militia" and later the fledgling Colonial Military Forces.  His son Sydney, later Lieutenant General Sir Sydney Rowell, commanded Australian Forces in the Kokoda campaign in WW2.  He later became the CHeif of the General STaff in 1953, the Defence Force 'supremo' for Australia.

The name Lockleys comes from a property (section 145) owned by Charles Brown Fisher,[2] then Edward Meade Bagot and Gabriel Bennett, who built a course there for amateur horse racing. The property was rented by trainers J. Eden Savill and C. Leslie Macdonald for their Lockleys Stables where many good racehorses were prepared.

The area was later subdivided for housing. The Hank family had substantial holdings; the Hank brothers were footballers for West Torrens Football Club, with Bob Hank winning the Magarey Medal in both 1946 and 1947.

Lockleys is home to the Lockleys Football Club who play in the SA Amateur Football League.

Mellor Park on Henley Beach Road has a tall tree which is decorated each year as a Christmas Tree.

The local Guide group is Lockleys Guides, and the local Scout group was the 1st Lockleys Scout Troop, until it closed in March 2001.

Kooyonga Golf Course is located in Lockleys and has hosted the South Australian Open Golf Championships. Kooyonga was the name of the suburb before it became Lockleys.

Lockleys is the home of the former Odeon Star cinema, now the Windsor Lockleys Cinema, on Henley Beach Road which ceased operating in August 2012.  These were in fact operating within The Lockleys Servicemens' Memorial Centre Inc, co-located with the Lockleys Sub Branch of the RSL at 362 Henley Beach Road.  The original building was erected in 1925, funded by subscription from the local community and built on land donated by Mr John Mellor, for whom the adjacent Reserve is named, and the Foundation stone was laid by Colonel James Rowell.  It is subject to its own entry under the Memorial section of this website.

Showing 8 people of interest from Lockleys

Showing 2 memorials of interest from Lockleys