North Adelaide Back to Search 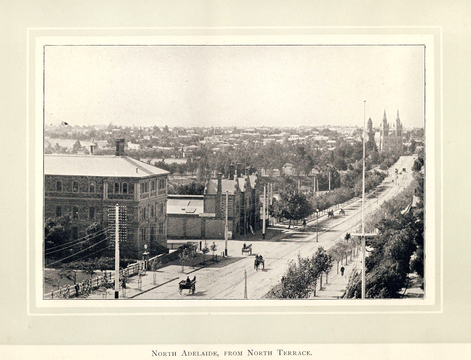 North Adelaide is a predominantly residential precinct and suburb of the City of Adelaide in South Australia, situated north of the River Torrens and within the Adelaide Park Lands.

It is one of the oldest areas of European settlement in South Australia.

Surveyor-General Colonel William Light of the colony of South Australia completed the survey for the capital city of Adelaide by 10 March 1837. The survey included 1042 acres (4.2 km²), including 342 acres (1.4 km²) north of the River Torrens. This surveyed land north of the river became North Adelaide.

It houses a large stock of heritage listed buildings dating from the earliest days of the Colony.  Many of its hotels and pubs are thus listed, together with public buildings and provate residences.

North Adelaide has been the birthplace of many notable South Australians, and has a strong historic association with the major confilcts of the 20th Century.