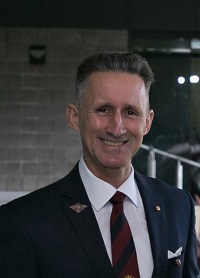 The entry in my diary was rather nondescript. It read: ‘hosted Her Excellency Governor General Quentin Bryce at Anzac Day Dawn Service with troops at Tarin Kowt: memorable’.

As I read and re-read that statement, my mind drifted back to that Dawn Service and I initially struggled to recall why I had described it as ‘memorable’. And then the mental photographs of that day rushed back to me. I felt again the cool pre-dawn temperature of an Afghanistan Spring. I smelt and tasted again the all-pervading dust that drifted endlessly across the base camp and clung to our camouflage uniforms. I heard again the Islamic call to prayer from the nearby Afghan village, juxtaposed against the intermittent blast of the Dutch howitzer providing fire support to our joint Afghan/Australian patrols deeper in Uruzgan Province. I saw our diggers shuffling and hustling into humble ranks, to pay their respects to those previous generations of Australian men and women that had served their nation. This mosaic of images sharpened my understanding of why Anzac Day 2012 was ‘memorable’ for me. 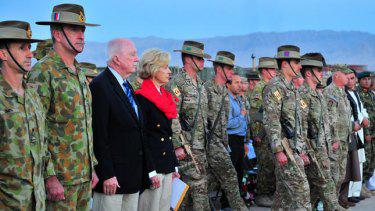 It was a ‘memorable’ for its simplicity. While others stood guard on our base perimeter, all available ranks now assembled in a hollow square around an inverted Styer rifle crowned by a combat helmet to represent the fallen. It was ‘memorable’ for its solemnity. As the name of each Australian soldier killed in action in Afghanistan was announced, a digger (in many cases a close mate) stepped forward from the ranks and placed a poppy at the sandbag base beside the Styer rifle. And it was ‘memorable’ for its soulful serenity. When the Last Post echoed across our base camp into the nearby mountains we felt humbled to acknowledge our Anzac forebears, and privileged to represent their values of courage, initiative and teamwork as the present generation of soldiers, sailors and airmen.

No diary note could truly capture the emotions that accompany the experience of an Anzac Day ’on operations’. Perhaps it is better to keep such notes succinct and allow our memories to coalesce when we are returned to Australia and attending Anzac Day at peace, in the land that we love, surrounded by the people we took the oath to protect.