The war in Europe had ended in early May 1945, but Japan fought on. Australians were fighting major campaigns on Bougainville and Borneo. The invasion of the Japanese home islands seemed imminent and heavy Allied casualties were expected. But on 6 August the atomic bomb was dropped on Hiroshima; on 9 August a second was dropped on Nagasaki. The same day the Soviet Union declared war on Japan and invaded Manchuria. On 15 August 1945 the Japanese surrendered.

The surrender was greeted with jubilation around the world. For Australia it meant the return of peace after six long years and tens of thousands of deaths. In the words of Prime Minister Ben Chifley, “Let us remember those whose lives were given that we may enjoy this glorious moment and may look forward to a peace which they have won for us.”

The experiences of Australians – POWs

This overview page gives some of the key facts and figures for Australian POWs. Understand how the Japanese treated Australian prisoners at Sandakan, from the Vyner Brooke, and at Nagasaki. This story on Christmas at Nagasaki links to a prisoner’s diary digitised by the VWMA, a fantastic primary source. Finally, this story on the death ships prompts discussion on “moral hazard” in war, and how all participants are brutalised.

Read about the Victory in the Pacific as the end of a war which had called forth a massive effort from Australia, and then on the price of peace – the knowledge that, although the fighting had ended, the war left many wounds.

Start with this overview of the war and then examine the individual campaigns in early 1942: Malaya, the fall of Singapore, Australia’s northern periphery, Gull Force on Ambon, Sparrow Force on Timor, Blackforce on Java, the Air War, Kokoda and Milne Bay. 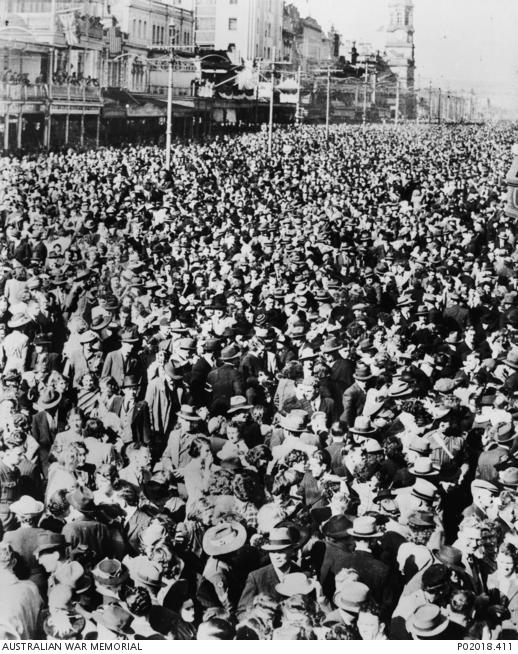 “Supported by a Donation from the Government of South Australia”