Diaries in the VWMA

Diaries are a tremendous resource for learning about the experience of war for those who fought it. While there are many published diaries from servicemen and women, families have uploaded many more to the Virtual War Memorial.

These are in a wide variety of formats: some are simply scans of the original handwritten diaries, while others are typed with explanatory comments added by an editor.

Diaries are arranged by conflict. If you are aware of any we have missed, please email us at schools.program@vwma.org.au

Hedley Cullen - Typed, from embarkation to death at Gallipoli in August 1915.

Leslie Dunstan - Typed, interesting from a stretcher bearer, all through 1916-1918.

Percy Pelham - Scans and typed transcript with photos. From embarkation in Dec 1916 until Sept 1917 (KIA). 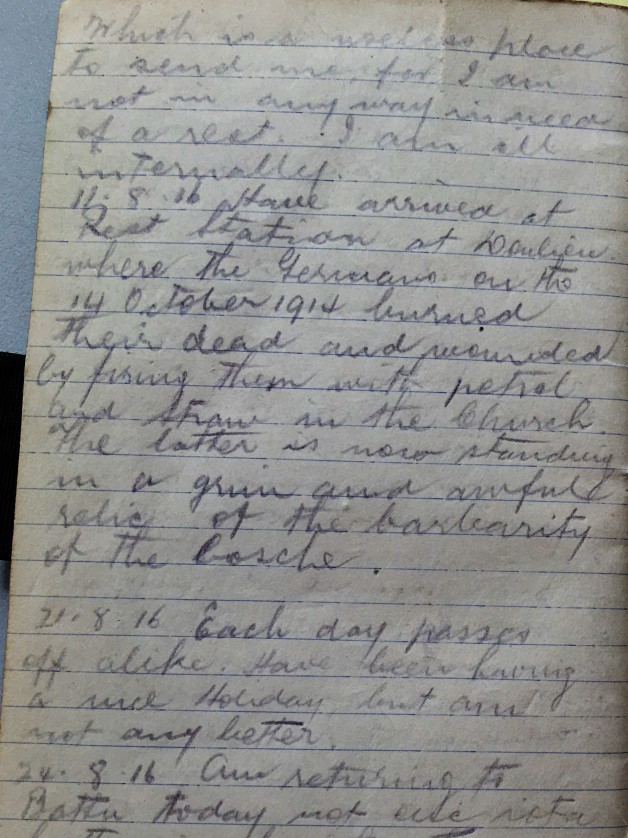