The sacrifice made at Gallipoli a year earlier was recognised by enormous rallies in England, New Zealand and all across Australia. With an incredible amount of spectators lining the streets from Whitehall to Westminster Abbey, it was clear the public understood the importance of the Gallipoli stand, and wished to pay tribute to the wounded and the fallen, as well as the Anzacs still bravely fighting on the front line. More than 2000 Anzacs, dubbed the ‘Knights of Gallipoli’,  marched in English parades, and in Sydney, 4000 returned soldiers, followed by a motorcade of 50 cars, paraded down Macquarie Street to the sound of tremendous applause. In Adelaide, the city came to a standstill at 9am. All trains and tramcars remained stationary for 2 minutes, and passengers “stood and gave cheers for the King, the gallant Anzacs and the empire”. In the Australian training camp in Egypt, small services and sports competitions were conducted in remembrance of the countrymen who had paid the ultimate sacrifice a year prior. 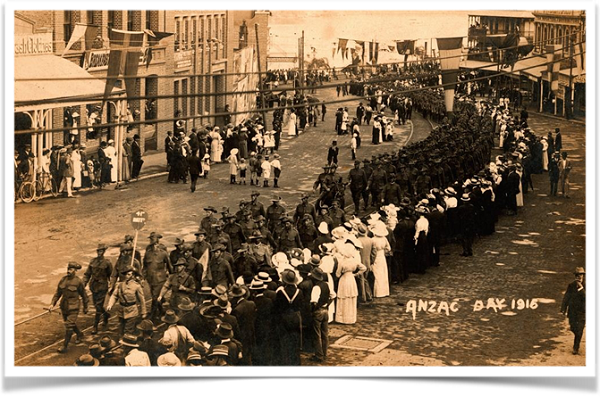 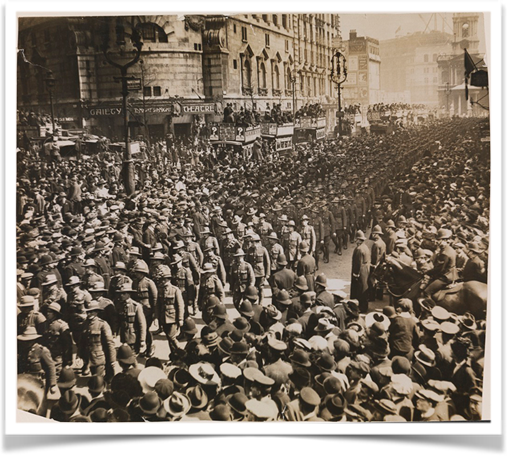 Anzac Day commemorations occurred in every state and territory in 1917. Adelaide newspapers published tributes and descriptions of battles, with a heavy focus on recruitment. King William Road was host to a march at 9:30am, led by returned soldiers and sailors, along with the AIF, Citizen Military Forces and Boer War veterans. The then governor of South Australia, Sir Henry Lionel Galway KGMC DSO, conducted the salute at Town Hall before the procession ended at Elder Park with a memorial service.

Anzac Day in 1918 followed a similar routine, heavily influenced by the political necessity to send more Australian bodies to the Western Front. In Brisbane, soldiers mounted on horses rode past the Brisbane General Post office that was “festooned with flags, banners,” carrying large signs with the words ‘Enlist Now’ written upon them.

1920 saw Anzac Day become a national day of commemoration of those who had fought not only in the Gallipoli campaign, but the entirety of the First World War. Despite it being an official public holiday, it wasn’t until 1927 when this was observed across all states, in part due to backlash from businesses worried about sales declines.

In these initial years of commemoration, returned soldiers celebrated Anzac Day informally, as a means to keep in contact and out of the public eye. Eventually, a more institutionalised reunion became commonplace, where soldiers would participate in a march and a remembrance service, before dispersing to clubs or hotels for further reunion.

A dawn service was held by Australian battalions on the Western Front on the first Anzac Day in 1916. In the years leading up to 1928, spontaneous services began taking place in various areas of the country, led mainly by returned soldiers. Albany, Western Australia claims to have been host to the first dawn service, however there is no definitive proof this was the case. Sydney can, however, rightfully maintain the title of the first organised dawn service, held at the then incomplete Sydney Cenotaph in 1928. Inspired by an elderly lady laying a wreath at the monument the year prior, 5 returned soldiers convinced the secretary of the Australian Legion to hold an official service. It began at 4:30am, the time the first Anzacs set foot on the beach at Gallipoli. The inaugural service attracted a crowd of 200 people, and by 1930, that number had increased 10-fold.

The traditional Anzac Day service at the Australian War Memorial began under non-traditional circumstances. In 1942, government orders prohibited large public gatherings in fear of Japanese air-strikes, so the event was a small affair with no march or memorial service. In contrast, 2018 saw an estimated 38,000 attendees gather to pay tribute Australia’s war veterans.

The famous Anzac Day clash between historic AFL clubs Essendon and Collingwood would not exist if it were not for the Australian government lifting the ban on sports games occurring on Anzac Day in 1958, after a 44 year ban. Two years later, the first sports matches began taking place on Anzac Day, on the condition that games would start in the late afternoon as not to interrupt Anzac services. As well as this, sports clubs were to make a donation to an Anzac Day Proceeds Fund in order to take to the field.

There is an unquestionable analogy between war and sport, and modern sporting events exist in honour of those who made the ultimate sacrifice. The AFL Anzac Day game began in 1995, and awards a medal to the player who is deemed to have best embodied the Anzac spirit through “skill, courage, self-sacrifice, teamwork and fair play”. Essendon coach Kevin Sheedy stated at the time, “We can never match the courage of people who went to war, but we can actually thank them with the way we play this game, with its spirit”. 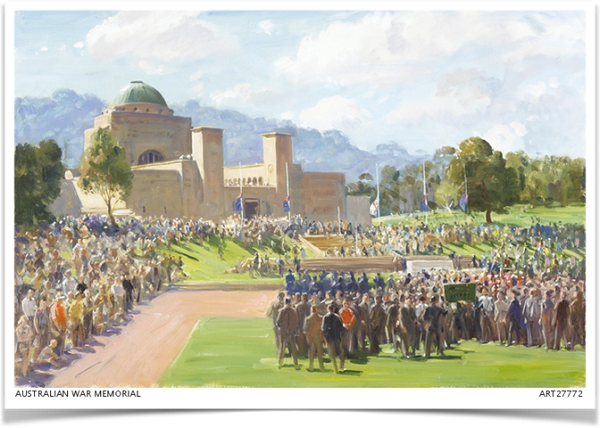 Commemorations at the Australian War Memorial

Bob Hawke became the first Australian Prime Minister to visit Gallipoli in 1990, a day that was seen as a major milestone in the attempt to rejuvenate Anzac commemorations after interest in the public holiday had slowly waned in the 80’s and 90’s. The Australian government paid for a large number of Anzac veterans to accompany him to Turkey where he delivered an emotional speech at a service at the Lone Pine cemetery.

Thousands of Australians made their way to Turkey to honour the 100th anniversary of Anzac Day in 2005. More than 10,000 people attended services at Gallipoli, while 6,000 were present in Villiers-Bretonneux, commemorating the Anzac’s who lost their lives on the Western Front. To many historians, 2005 was the pinnacle of commemorative Anzac spirit in Australia.

Dawn services around the county were as well represented as ever, with tens of thousands of Australians gathering to pay their respects. 35,000 people were present at the dawn service at the Australian War Memorial in Canberra, the largest assembly in the country. Throughout the week, photographs sent in to us depicting various commemorative ceremonies have been posted on the homepage and our Facebook page; proof the Anzac spirit still lives on 104 years after the Gallipoli landing. We would again like to thank everyone who took the time to email us their images. 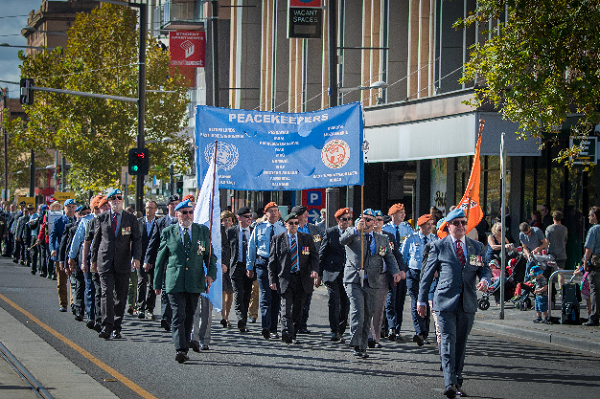 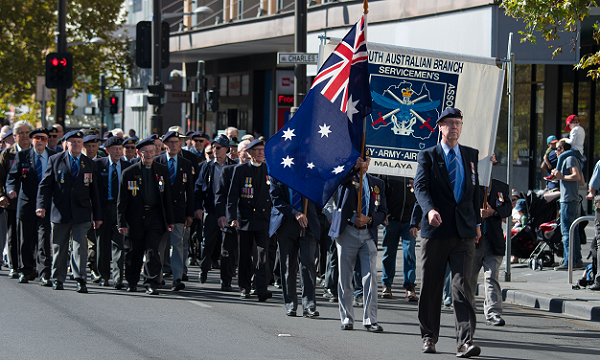 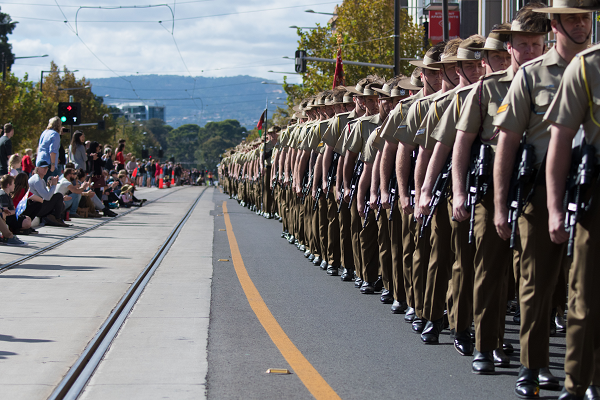 A collection of photos of the 2019 Adelaide ANZAC Day March 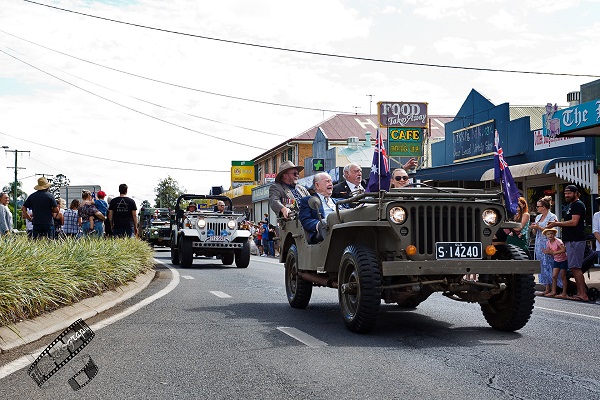 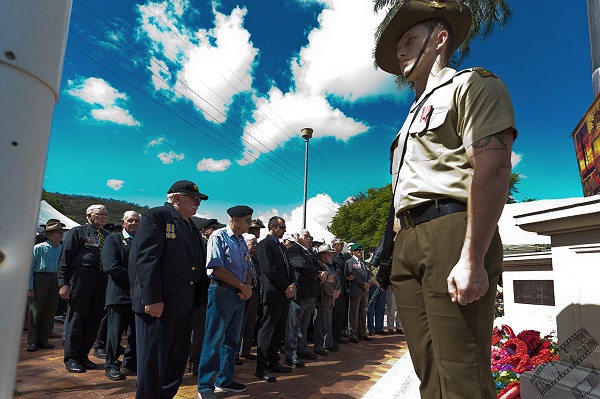 A couple of photos of the Esk, Queensland ANZAC Day ceremonies 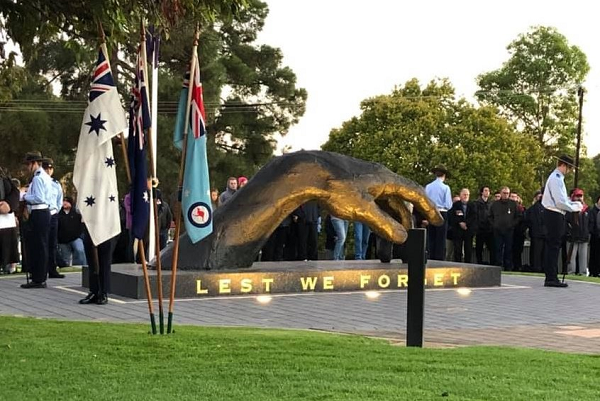 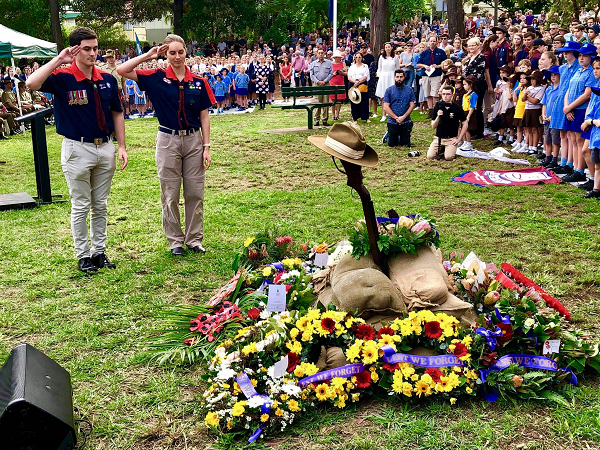 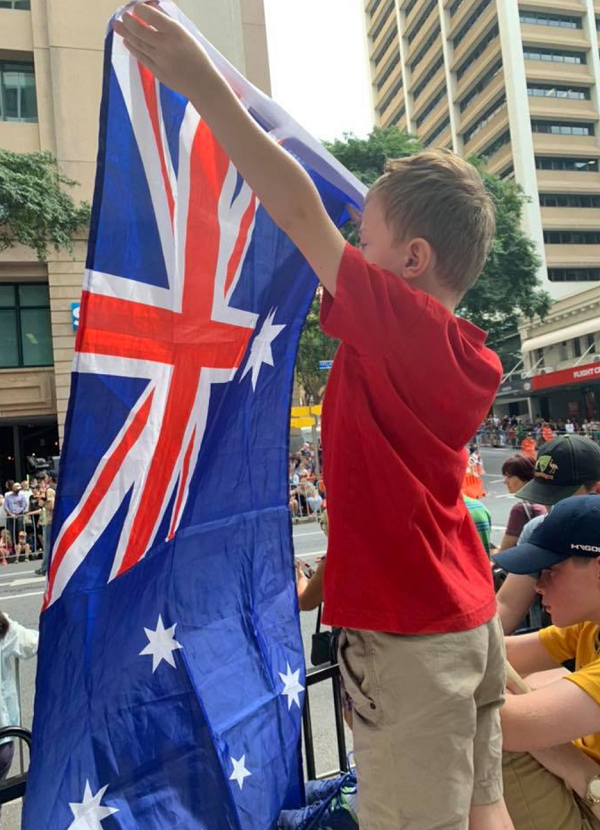 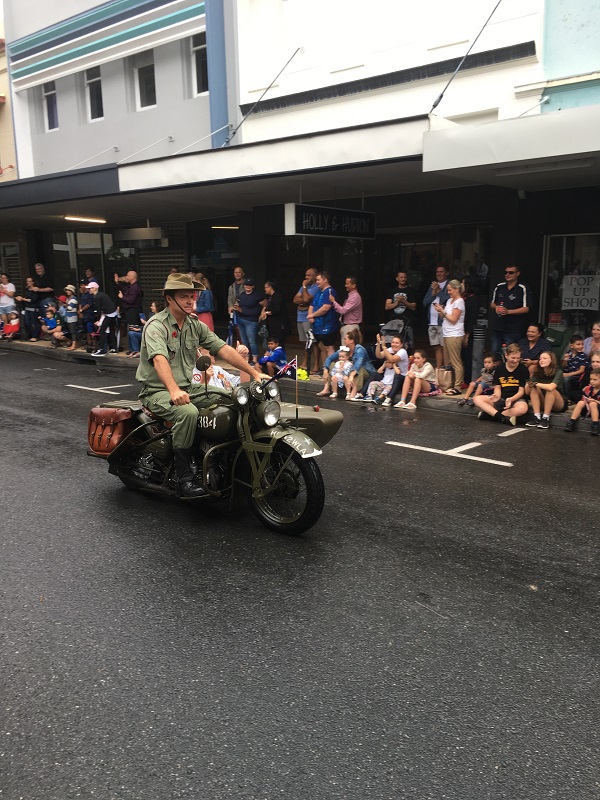 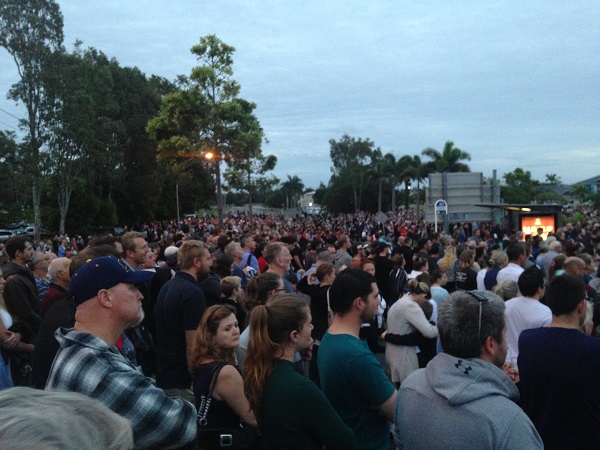