More than forty years before the Gallipoli campaign, the world’s attention was drawn to the area through archaeology. A retired German businessman and amateur archaeologist named Heinrich Schliemann found, and half destroyed, a Bronze Age city in the plain of Hissarlik just across the Dardanelles from Gallipoli. He claimed it was Troy, site of the Trojan War celebrated in Homer’s Iliad and Virgil’s Aeneid. Scholars today disagree about whether the Trojan War even happened but, at the time, the mound of Hissarlik was firmly fixed in the public mind as Troy. When British and Imperial troops landed on the Gallipoli peninsula in April 1915, they had Troy firmly in mind; the site is less than 30km from Anzac Cove as the crow flies, and is visible from Cape Helles. Doubtless more than one confident soldier imagined himself as the new Achilles.

In the century since the campaign, not much has changed on Gallipoli. Rain and erosion have mostly filled in the trenches, and the vegetation has grown back, but there has been little development. The landscape itself prevents most depredations by man. No ploughs dig up Shrapnel Gully. This is not what Bean expected; he thought it would require the labour of thousands to preserve the battlefield.

But beginning in the 1990s, fears began to grow on both sides of the conflict that this would not last. The increase in tourism was recognised as a threat to the preservation of the battlefield. The result was a joint Turkish-Australian-New Zealand endeavour, the Joint Historical Archaeological Survey (JHAS), which ran for five seasons from 2010 to 2014. The Turkish contingent came from Çanakkale Onsekiz Mart University and the Australian contingent from Melbourne and La Trobe Universities. 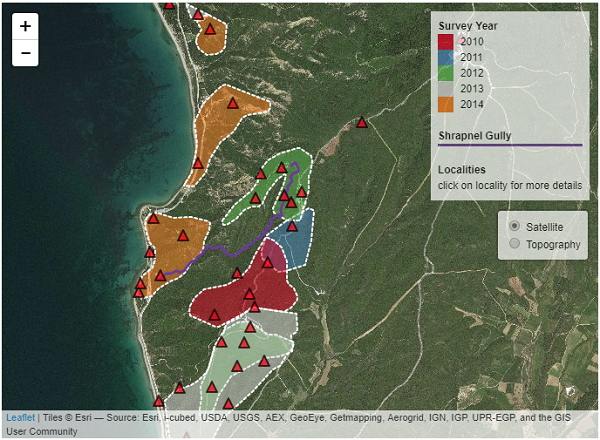 Although this was an archaeological mission, it did not involve digging up the peninsula; Gallipoli is too important a place to all the combatants, while there are also many unidentified bodies which would certainly have been disturbed. Rather, the project employed a variety of non-invasive techniques, including systematic field walking and Ground Penetrating Radar (GPR). These uncovered over 16km of trenches which had been lost under vegetation; this is beyond the many trenches which any visitor can see. Archaeologists occasionally came across bone fragments and in accordance with best practice these were respectfully re-interred at the scene. But the surveys also uncovered hundreds of other artefacts, the debris of war. These included:

Understandably the bullets and cartridges are easily identifiable as either of British or German/Turkish manufacture, due to different calibres and stampings on the cartridges. But each side even produced different types of barbed wire:

“Our survey recorded two types of barbed wire. One, issued by the British Army, has two strands of wire, twisted to form a double-helix, compartmentalised by clusters of four barbs. The Ottoman army, on the other hand, rolled out German barbed wire, which has a single, thick and twisted strand, around which four to six long barbs are secured at irregular intervals.” [1] 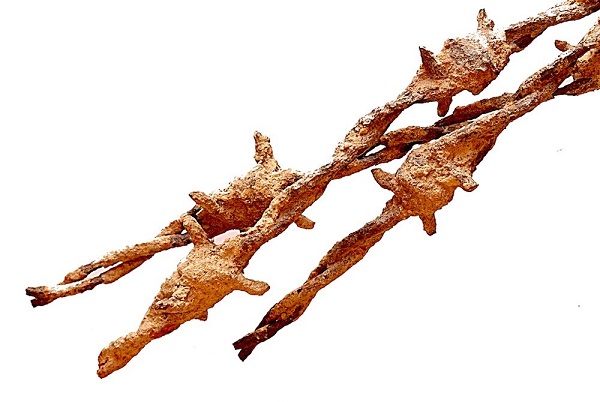 Artefact 178, a piece of barbed wire found at Quinn’s Post in 2011. Copyright DVA. Used under a CC-BY 4.0 licence. Source: http://agad.anzac.unimelb.edu.au/index.php/search-agad-database/article/1099-artefact

The archaeological survey also revealed the very different living conditions of the two armies. Those familiar with Anzac stories will be unsurprised to learn that 95% of food tins were found on the Allied side of the line. But Turkish soldiers were well fed: cooked food, green vegetables, chickpeas and lentils in summer, fresh meat (sometimes) and even bread, from bakeries in Eceabat. Many food and drink containers, spoon handles, mess tins, belt buckles etc have been found.

The Australian contingent, headed by the late Professor Antonio Sagona of the University of Melbourne, created a database showing the survey areas and recording the finds. This is freely available for public viewing online (http://agad.anzac.unimelb.edu.au/). The results of the project were published in 2016 as Anzac Battlefield: A Gallipoli Landscape of War and Memory (A. Sagona et al (eds)). Overall, the JHAS fulfilled what Bean and his Gallipoli Mission had begun in 1919: recording the physical effects of the Gallipoli campaign. It ensured the warriors of this latter-day Trojan War have been afforded a more peaceful rest than was the case with Schliemann’s expedition 150 years ago. 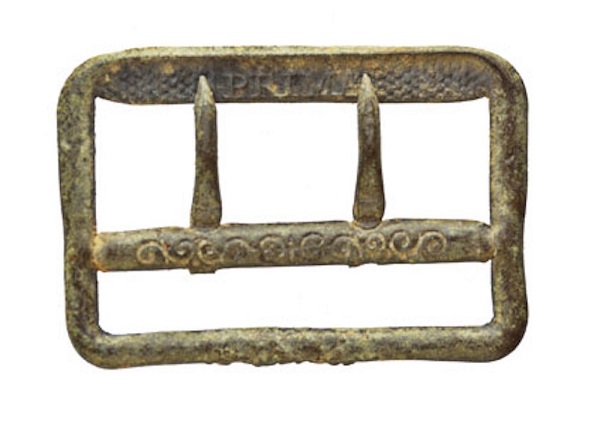 : Artefact 753, a bronze belt buckle found in the Turkish part of Snipers’ Ridge in 2013. Copyright DVA. Used under a CC-BY 4.0 licence. Source: http://agad.anzac.unimelb.edu.au/index.php/search-agad-database/163-artefact.html