The VWM has had an education imperative at its core, since its inception.  Telling their stories is, as C.E.W. Bean said 100 years ago, the memorial we owe the men and women of that time.

When the guns fell silent on 11 November 1918, the Great War ended.  However suffering and anguish continue for many individuals and their families.  The casualties of war after its end were mainly from the effects of wounds and illness.  Some however, died in the performance of their duties.  For their families, and for people encountering their stories in more recent times, their deaths seem painfully 'unfair'.

In a recent Home Page article "Last to Fall", the stories of three fighter pilots from No.4 Squadron AFC, who were killed in one of the last major 'dogfights' of the war, just a week before the Armistice, were related.  Death in service followed No. 4 Squadron beyond the 11th November, when another pilot, Lyell Keith Swann, MM, was killed in the course of a 'disarmament patrol' along the front line, on the 14th November 1918. 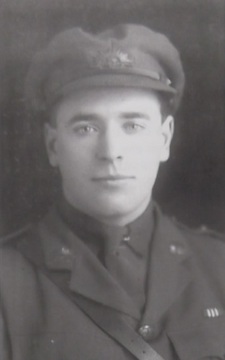 Keith Swann, like two of the other three pilots killed in the final days of the war, was a South Australian.

His story has been recounted for the Virtual War Memorial Australia thanks to the work of a regular contributor to the VWM since its inception, Nathan Rohrlach.  Nathan was a Year 10 student in South Australia's Barossa Valley, when he researched and composed this work in 2012.  It will be self-evident to the reader why this won him a spot in the SA Premier's ANZAC Spirit Prize tour to the Western Front in 2013. 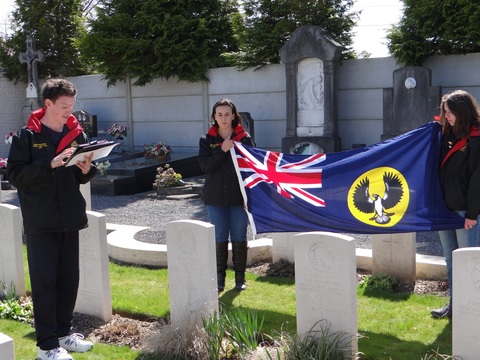 Most recently Nathan has graduated from University as a teacher, and the VWM team look forward to watching his progress in his chosen career.

Lyell Keith Swann, known as Keith, was born on May 18th 1895 in Keyneton, just outside of the Barossa Valley, South Australia. He was the youngest son of George Lomax Swann and Alvena Swann, whose address was 170 Wattle St., Parkside, South Australia at the time of his enlistment. He had two older brothers, Gordon and Roy, both of whom subsequently enlisted for service in WW1.

Keith attended Keyneton Primary School until he moved to Adelaide when he was 10. His education continued at Unley Primary school………

Enlisting into the 43rd Battalion, he and his entire reinforcement draft were transferred to the largely Tasmanian 40th Battalion.

Keith Swann distinguished himself in the battle of Messines.  He was awarded the Military Medal on 9 July 1917 and commissioned as a Second Lieutenant in the field for his actions at Messines where he commanded a platoon and seized an enemy trench before attacking and successfully holding four key bridges over the Douvebeek River while under heavy shell-fire.

He had earlier applied to transfer to the Australian Flying Corps and on January 22nd, 1918 his request was granted. 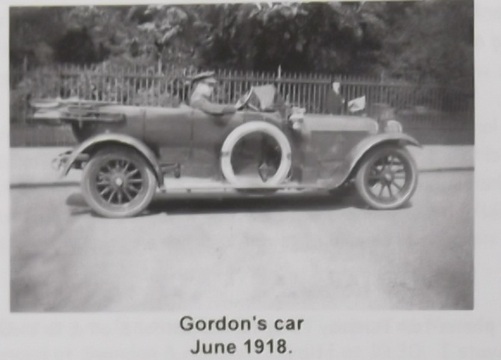 He graduated as a pilot on October 19th 1918 and was placed in the 4th Australian Flying Corps Squadron. On November 11th 1918, Swann was to go on his first mission as a pilot escorting bombers. However, the raid was cancelled, as the war was to end officially at 11am on that day.

Three days later, on the 14th November,  he died when his aircraft, a Sopwith Camel,  crashed shortly after take-off while on a patrol away from the Squadron's home base.

By then his family had already been advised that he and his two brothers had survived the war and would be returning home. Tragically it was not to be and Keith's remains were interred in the communal cemetery in the village of Ascq, these days a suburb of Lille in northern France.  He is buried in a small CWGC Annex along with other men, all of whom died after the 11th November.

As with many places in France there is an adjacent reminder of how another war visited death, pain and anguish upon the people of France, and what both wars were ulitmately fought for - freedom from oppression.  Along one side of the Ascq cemetery are the graves of more than 40 locals who were summarily executed by the Nazis in WW2, as reprisal for the sabotage of a nearby railway line in 1944.

It reminds us all that freedom has a price.

Nathan's research and written articulation of Keith Swann's story epitomises the role of education in ensuring that C.E.W. Bean's vision is realised, namely; 'the only memorial which could be worthy of them was the bare and uncoloured story of their part in the war'.