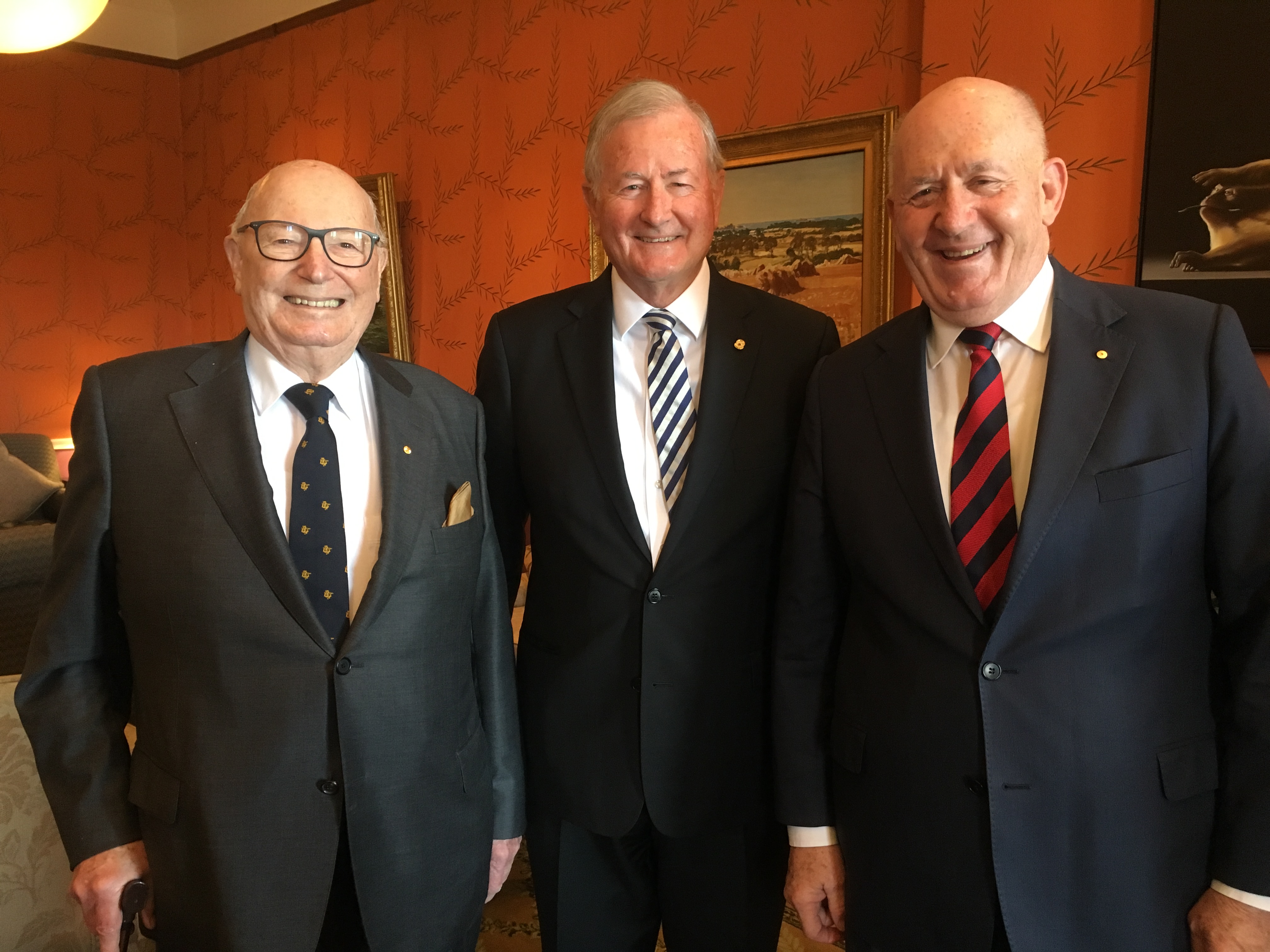 At a meeting held on Friday 30thAugust 2019, the inaugural Patron The Honourable Sir Eric Neal AC CVO stepped down from the role and Sir Peter Cosgrove was appointed.

“I have strong views that our veterans, the ordinary men and women who served,  deserve their stories to be recorded forever, and I am delighted that the Virtual War Memorial has asked me to take on this role. I accept it with pleasure ” Sir Peter said.

The Chairman of the Virtual War Memorial, Mr Peter Williams paid tribute to Sir Eric Neal. “The contribution Sir Eric has made in the last 5 years has been outstanding and his new role as Patron Emeritus acknowledges the commitment to continue the guidance and support he has willingly given the memorial” Mr Williams said.

Sir Peter Cosgrove was awarded a Military Cross for action in Vietnam in 1969 and was promoted to the rank of General in 2002 as Chief of the Defence Force. He rose to prominence in 1999 as commander of the International Force for East Timor which oversaw the peacekeeping mission during the transition to independence.

In March 2014 Sir Peter Cosgrove was sworn in as Australia’s 26thGovernor General, a role he served with distinction until July 2019. He has been admired by the nation as a leader with strength, decency and compassion.


The vision of the Memorial to be the outstanding national digital Memorial, acknowledged for its integrity and relevance; its respectful presentation of socio-military history and its capacity to engage and educate individuals and communities.The primary purpose of Virtual War Memorial Australia is the commemoration all who have served the nation in times of armed conflict from the Boer War through to Afghanistan, including all declared Peacekeeping and Peacemaking missions. The primary focus is capturing the stories of the personal experiences the ordinary men and women who did the extraordinary, by serving the nation. VWMA was launched on 8 August 2014.  It is a the only national Memorial that uses technology to deliver a level of engagement and accessibility that standard memorials simply cannot.