Every year, millions of Australians spend Anzac Day commemorating the sacrifices of soldiers past and present. It seems contradictory then, that on April 25th 1944, those attending the dawn service at Victoria Square were each handed a pamphlet urging for the reprieve of Harold James Box, a First World War veteran sentenced to be hung the following day.

Harold was 19 when his parents gave permission for him to join the AIF in August of 1918 (parental consent was a requirement of soldiers under the age of 21). He left behind his job as a labourer to embark for overseas service on October the 20th. While in transit, the Armistice was announced, prompting the troopship to be recalled. He returned to Australia on December 20th and was officially discharged the following month. The only remnant of his time in the army was the British War Medal he received for his service. Harold Box’s uneventful stint in the AIF is certainly no precedent for the remarkable story behind why so many were petitioning to free him from his gaol cell some 20 years later.

Justice Angas Parsons (who had previously acted as South Australia’s Attorney-General and Minister for Education) found Box guilty of the murder of Lance Brown on March 29th, as well as guilty of the attempted murder of Brown’s brother Albert. This was in spite of the jury recommending Box be shown mercy regardless of the fact he had committed the crimes. An appeal of the decision was later dismissed, all but sealing Harold’s fate. 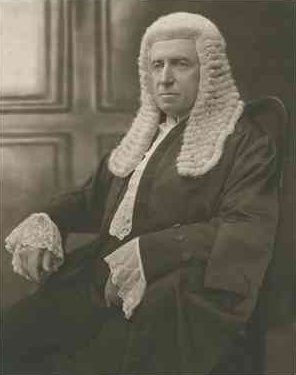 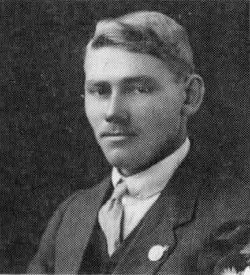 The victims, Lance and Albert Brown, were principals of the Motor Credit Company, a firm that had financed the purchase of multiple motorcars and a motorcycle for Box. For a family of 8 children living solely from Harold’s factory workers salary, it is understandable that credit payment would have been difficult to keep up with. Around 6 months before the attack, the family motorcycle was repossessed by the Motor Credit Company due to a string of late payments on Harold’s behalf. The Brown brothers also claimed Box still owed them the balance for the cycle despite already having repossession. It was the opinion of Box that this was unfair and illegal.

Harold had spent a total of 20 days in prison earlier in the year over a scuffle with the Browns about their unfair repossession terms. Having attempted to speak to either brother after his release, and being refused each time, Harold saw no other option but to take the law into his own hands. On February 17th, Box strode into the Motor Credit Company’s Gawler Place office, demanding justice. The firm’s clerk, Betty May Longmire, told the South Australian Supreme Court in her witness statement that she remembered Harold Box pointing his revolver at Albert Brown and firing. She “heard it click, but no explosion came.” Then, Harold aimed the revolver at the younger Lance Brown and pulled the trigger again, this time releasing a bullet that lodged in his chest. Betty May Longmire, in a state of shock, watched as Lance Brown crawled toward her table, reached for the phone and called the police.

The phone call proved unnecessary, as Harold had already turned himself in at the City Watch-house. When the officer on duty, William Charles Cooper, asked why he had come in, Harold slammed his revolver on the desk and said, “I’ve just cleaned up one of the Browns in Gawler Place, in case you fellows didn’t know. I would have got the other one too, only the revolver jammed.” Later in questioning, he told Police Detective Vogelesang, “I shot him so that I could get into court and air my views about [the Browns]…I consider them rats without a drop of human kindness in them.” When Detective Vogelsang went on to tell Harold he thought Lance Brown would die of his injuries, and that he would be charged with murder, Harold replied, “I hope he does…I have thought of it for a very long time.”

On the Monday prior to Anzac Day, thousands of workers had signed a petition demanding for Box’s reprieve. They included 1,700 signatures from the Islington Railway workshop, penned within half an hour, as well as the names of 8,000 Trades Union members. It was apparent that the working class saw Harold Box sitting in gaol as a miscarriage of justice. That same Monday, members of the Communist and Labor Parties, including candidates Private Alf Watt, AIF and Dr Alan Finger lead a procession outside Government House, rudely interrupting the Governors private garden dinner.

It was the South Australian Communist Party that prepared and distributed pamphlets on Anzac Day in a last ditch effort to free the condemned Harold Box from the Adelaide Gaol. They read:

“Tomorrow morning, Harold James Box – returned soldier of the last war – father of eight children – worker in a munitions factory recommended to mercy by the jury – IS CONDEMNED TO DIE for his mistake in taking the law into his own hands in his difficulties with the Brown brother financiers.

No man should die for a crime for which an unjust social system is really responsible.”

After dawn service commemorations, an attempt was made to bring the petition signatures to Government House, only for the group to be turned away. From there, 150 people marched the footpath of King William Street to The Advertiser office to inform the press they had amassed several thousand signatures. They later returned to the office with a message they had received from the South Australian Premier Thomas Playford, stating, “This is the law of the land, and the execution must go on.” A later article in The Advertiser accused the Communist Party of using Box’s execution as an “indecent electioneering device,” for only hours after Box was hung, in the April 27 edition of the Advertiser, read an advertisement inviting the public to “vote Communist” because “the decision to hang Harold James Box shows the stark brutality of capitalism.”

Whatever the Communist Party’s intentions, Harold Box knew he was going to die the day he walked into Gawler Place with his revolver. He spent his final hours in prayer with the Gaol Chaplin, and made no statement as he was lead to the gallows. If it was God’s will that he should die, he was ready and willing to accept it. Fearing protests may escalate even further, military and civil police were employed to keep the public 300 meters at bay. 10 minutes before the scheduled execution, a woman clutching a bible ran up to the guards telling them she wished to take Harold’s place. She was refused entry. That day, the 26th of April 1944, Harold James Box became the 59th prisoner to be executed in South Australia.