The first Anzac Day was spent with 1RAR as part of the 173rd Airborne Brigade based at Bien Hoa just outside of what used to be Saigon. As a part of the 5RAR advance party we had flown up to Bien Hoa courtesy of Qantas and here I was as a newly minted young 2nd Lt Platoon Commander about to start what was an incredible year in my life as a young officer. 1RAR had arranged a small Anzac Day ceremony at Bien Hoa in the company of the Prime Minister of Australia The Honorable Harold Holt which was rather special at the time, as my Battalion 5RAR, had the first intake of National Servicemen conscripted (not without considerable community backlash) to support our efforts in the Vietnam War. I thought at the time it was wonderful to see Prime Minister Holt, post ceremony, mixing and mingling but singling out 2nd Lt Finnie Roe an outstanding young National Service officer for a photo opportunity. Finnie was the first Battalion Sergeant Major, senior graduate of the first intake of National Service Officers trained at the 1st Officer Training Unit, Scheyville NSW.

At this stage, having been in country for no more than 5 days, still trying to come to grips with the unbearable heat and oppressive humidity, taking some time to acclimatize, I was in a continual mindset of excitement, enthusiasm, anticipation and apprehension as to what lay ahead. I was like a player on the bench, well trained, extremely fit, confident in my men and myself and just couldn’t wait to get out into the jungle to do what I had been trained and commissioned to do, “to seek out and close with the enemy, to kill or capture him, to seize and hold ground, and to repel attack by day or night, regardless of season, weather or terrain”. My next twelve months was certainly going to be a challenge of enemy, season, weather and terrain.

This first Anzac Day in country, although remembering the many that had fallen in 1RAR over the previous twelve months and who I knew personally, and a very good mate Dasher Wheatley VC, who was killed in action with the AATTV in November the previous year, I must confess that my mind was already with my platoon on our first Operation Hardihood. 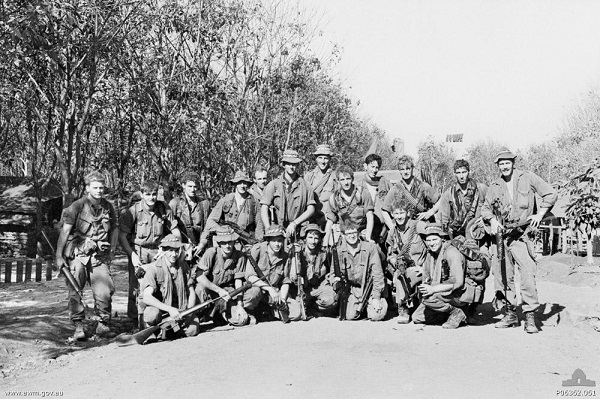 The second Anzac Day Ceremony on the 25th April 1967 was with 5RAR “the Tiger Battalion” on Tiger 5 Helipad on 25th April 1967 after a year of Operational activity and about to go home. We had just completed Operation Portsea; we had dined in the Officers of 7RAR at a mess dinner on the night of 24 Apr 1967 where I had suggested that my platoon sneak up to release the baby pig in honour of the 7RAR Officers which caused great merriment, and John McAloney not to be outdone, instructed his Pioneer Platoon to detonate a few detonators and explosions outside the Officers Mess where the looks of merriment of the 7RAR Officers quickly turned ashen faced and terrified, thinking that we were being mortared. There were many mixed feelings for me on this Anzac Day. Recovering from the previous night’s festivities was obviously part of the mix; emotionally I really felt for the men and officers that we had lost; many of them friends; professionally I felt that we were just starting to get very good in what we were doing and felt that there was still unfinished business; but we all had that “one thousand meter stare” and psychologically and physically we were stuffed. 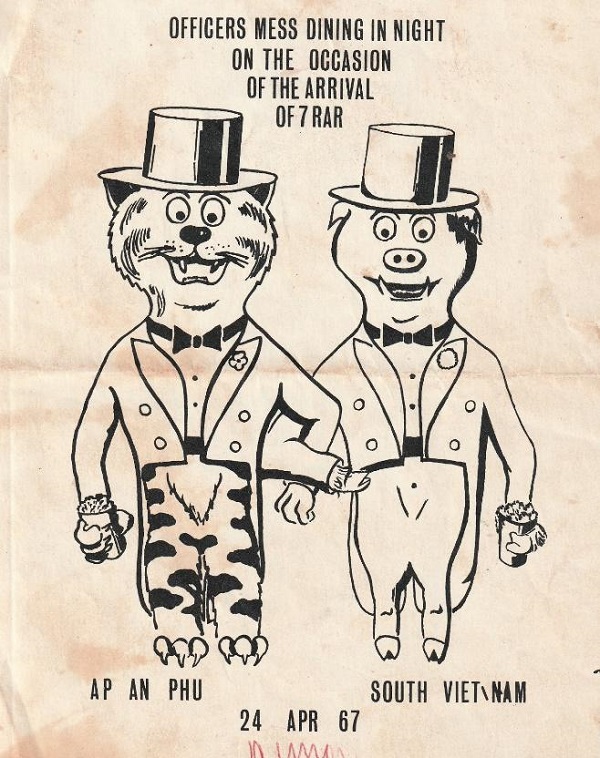 There was elation at leaving but at the same time knowing that our Battalion over the last twelve months had made a difference to the everyday working and living lives of so many Vietnamese in our area of operational responsibility. For me this Anzac Day was not only a commemoration of mates lost but the end of an important chapter in my life and one that I will never forget.