The Political Battle at the Beginning of the War: the 1914 Federal Election - Nicholas Egan

In late July 1914, just as the leaders of the major European powers were preparing to pull the triggers that would  begin the First World War, another national leader pulled a trigger that would begin another unpredictable and uncharted conflict of a very different kind.

On the 30th of July 1914, Liberal Prime Minister of Australia Joseph Cook used the Senate's continued rejection of the “Government Preference Prohibition Bill 1913” as a trigger to advise the Governor General to dissolve both houses of Parliament and citing never before used constitutional provisions to call Australia's first ever Double Dissolution election. This would be an election that would not only tread uncharted constitutional waters but be completely overshadowed by the much more significant and violent struggle beginning on the other side of the world. 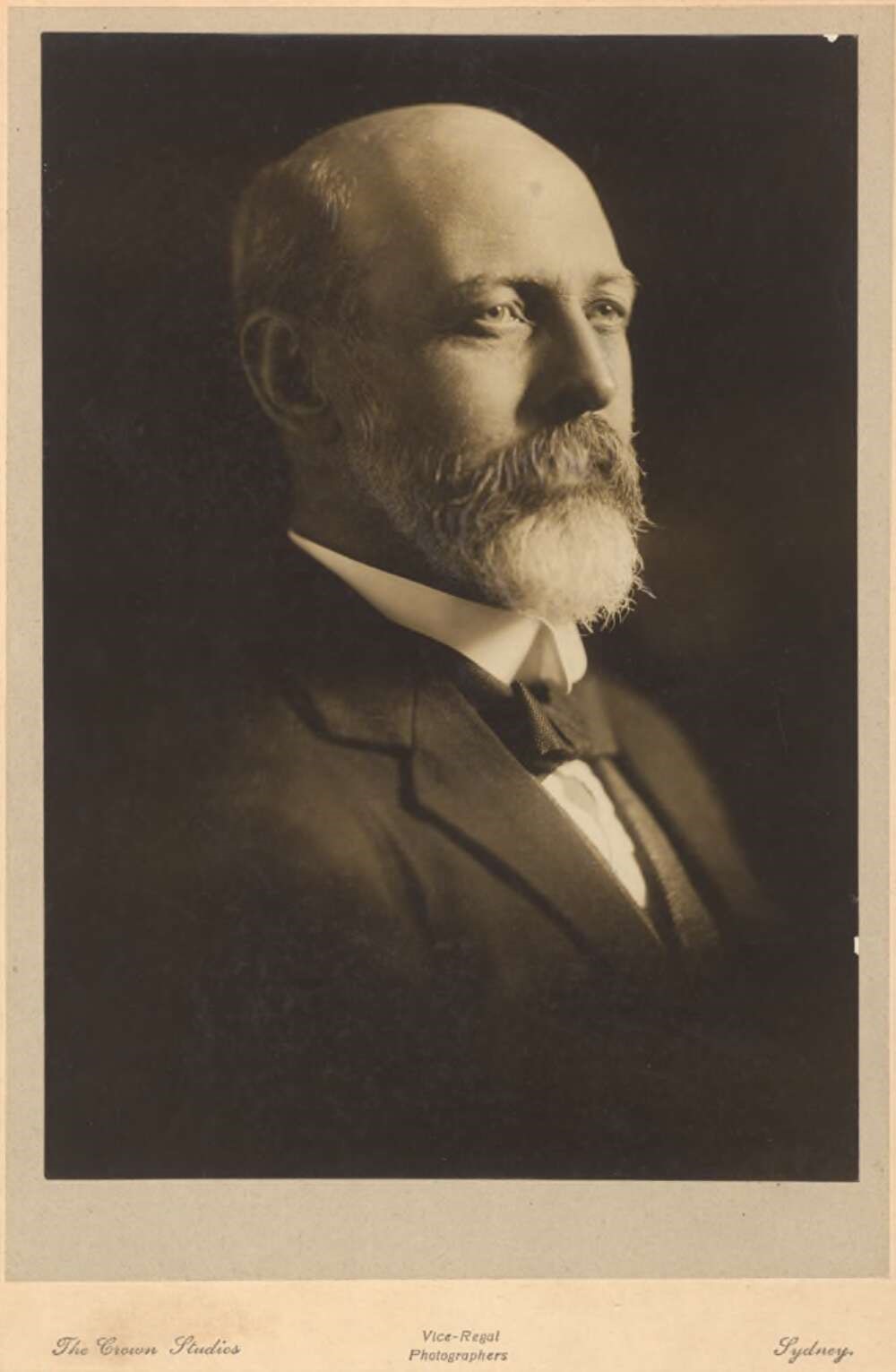 When Joseph Cook and his Liberal Party won the May 1913 election with a single seat majority, they probably expected to be in office until an election in 1916. There was only one problem, the Senate was controlled by the Andrew Fisher led Labor party, 29 seats to 7.  For the next year, the Labor opposition made life hell for the new government. Using all the parliamentary tactics available to them, the Labor members, continually criticised, delayed, amended and blocked the Liberal program. Cook realised very quickly that he simply couldn't govern under such circumstances and decided that he would need to manufacture a way to get a new manageable Senate. Ordinarily the full House of Representatives and only half the Senate are elected every three years but Cook knew that that would not be enough to rid himself of a Labor Senate, he needed a way to get a whole new Senate. 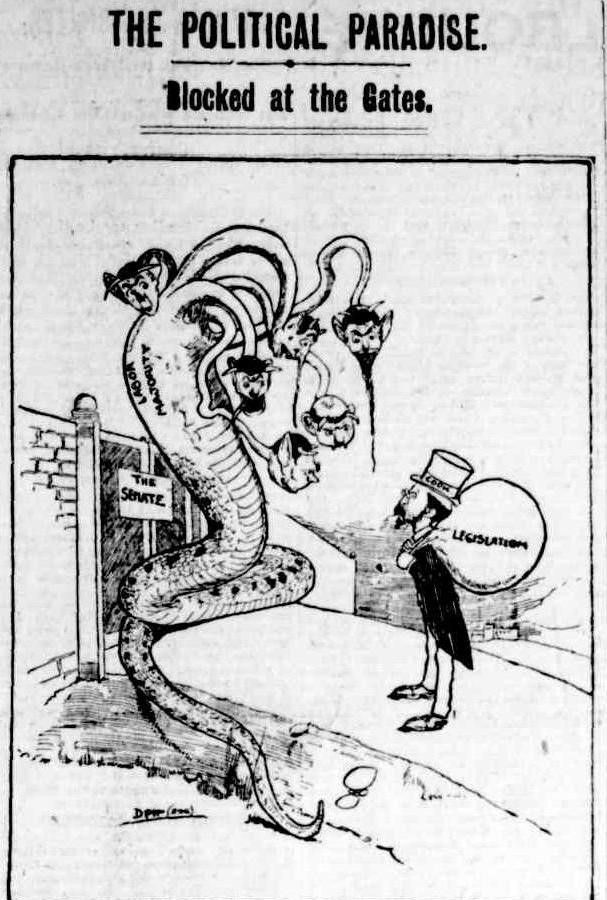 The Constitution of Australia provides a way for breaking such deadlocks between the two Houses but this creation of the 1890's Constitutional Conventions was a radical departure from the Westminster tradition that had developed in the United Kingdom. Under section 57, If the Senate fails to pass a bill proposed by the House of Representatives twice after a three month gap then the Prime Minister has the option of advising the Governor-General to dissolve both Houses of Parliament and call for completely new elections. This provision which was wildly controversial during the drafting of the Constitution departed greatly from the practice of the “Mother of all Parliaments” in London, which had an appointed and hereditary upper house that lacked electoral legitimacy.

Only a few years earlier in 1909, the House of Lords had defied the elected House of Commons and blocked the governments so called “People's budget”. In response, Prime Minister  Asquith called a House of Commons election on the issue of restricting the power of the Lords to block government bills. The Lords promised that if Asquith's Liberals were victorious that they would not stand in the way of the budget. In the new Parliament, the Lords passed the budget but blocked the upper house reforms forcing Asquith to call yet another election but even then the Lords still held out! Eventually they caved upon the threat of Asquith to advise the King to flood the House of Lords with newly created government friendly Peers. The Parliament Act 1911 removed the Lords blocking power and only allowed them to delay the enactment of legislation. Thus only a decade into the new Federal Commonwealth, the Australian Parliamentary set up, with its elected and powerful upper house was almost alien to the set up in the Mother Country.

Facing his unworkable upper house, barely a few months into government, Cook had a bill drafted that he knew to be contrary to Labor policy, and that he openly and calculatingly planned to offer to the Senate as a double dissolution ‘”trigger”. This was known as “the Government Preference Prohibition Bill”. The bill was passed in the House, rejected in the Senate, passed again in the House three months later, and rejected a second time. Cook then proceeded to visit the newly appointed Governor-General Sir Ronald Munro Ferguson, a 30 year veteran of the House of Commons. 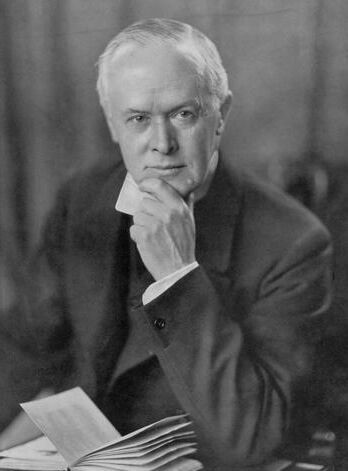 Their was some debate on whether it was appropriate for Cook's request for a Double Dissolution should be granted. A number of factors were considered including that previous Governors-General had refused a prime minister’s request to dissolve the House of Representatives three times (1904, 1905, 1909), following the government’s loss of the confidence of the House. Munro Ferguson wanted to be satisfied that government had become unworkable, and that no alternative government could be formed. To satisfy this last question, he proposed to consult with the Leader of the Opposition. Their was also some thought that a lower house only election should be held in order to try to break the deadlock before a Double Dissolution in accordance with British tradition to deal with House of Lords conflicts. The Governor General also consulted the Chief Justice of the High Court, Sir Samuel Griffith, who told him that he should only grant a Double Dissolution if he was satisfied that “after independent consideration of the case, either that the proposed law as to which of the Houses have differed in opinion is one of such public importance that it should be referred to the electors of the Commonwealth for immediate decision by means of a complete renewal of both Houses, or that there exists a state of practical deadlock in legislation as can only be ended in that way.” Fisher argued that the Governor-General was bound to accept the advice of his Prime Minister in such a situation. Eventually Munro Ferguson granted Cook his request on the 4th of June and on the 30th of July 1914  both Houses of Parliament were formally dissolved and writs for a new election were issued. The very same day the Tsar Nicholas the second ordered general mobilisation of the Russian army. 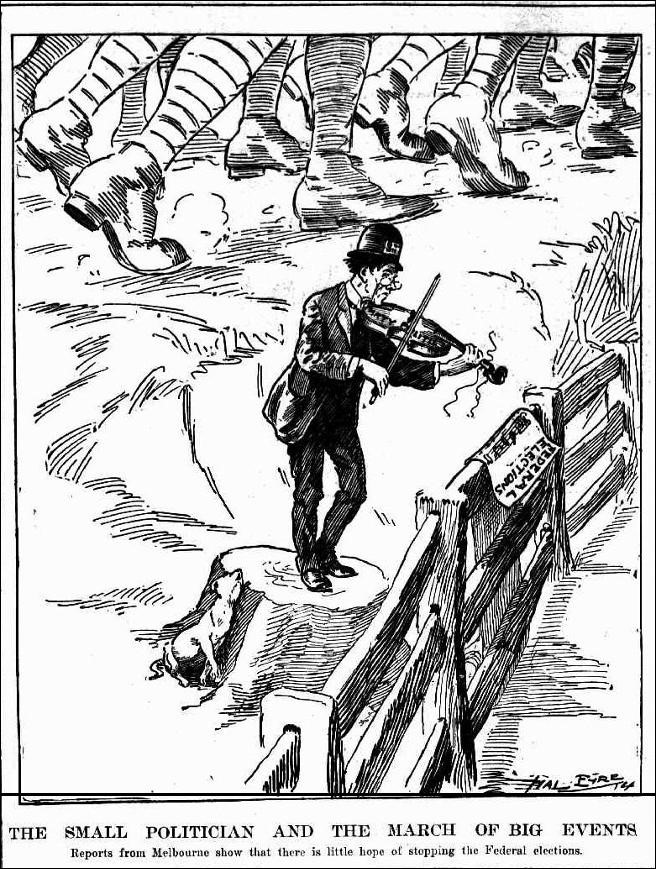 In the coming days, the fact that the election was an untried constitutional experiment was totally lost in the grave news coming out of Europe. The war itself did not feature much in the campaign, both the Liberal and Labor parties were on a unity ticket to fight for the defence of the empire. The Labor party, agreed upon the declaration of war to suspend the Caretaker Mode convention and their was even a suggestion by the Governor-General of delaying or calling off the election, but Cook wanted his election. The issues that did divide the parties included immigration, management of the River Murray, social welfare, development of the Northern Territory and tariff reform. Clearly it took many months for the Australian political class to realise that the war might be a long one. 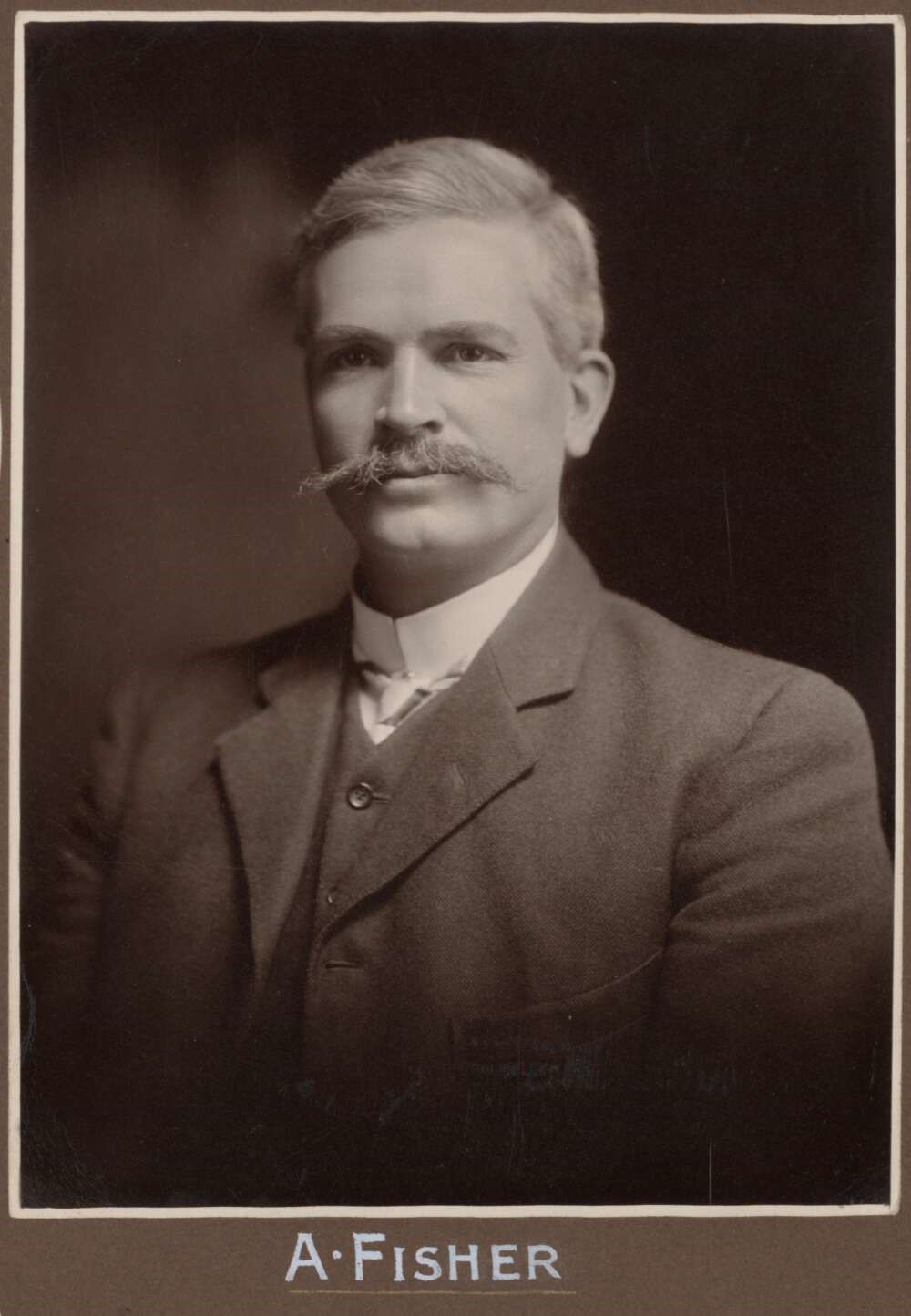 On September the 5th, just over a month into the war, the people of Australia went to the polls to elect a completely new Parliament. For Prime Minister Joseph Cook and his Liberals, the great gamble turned out to be an abysmal failure. Andrew Fisher's Labor Party won 42 out of 75 House of Representatives seats and even more crushingly 31 out of 36 Senate seats. Commenting on his defeat, Cook proclaimed the result as “A jolly good licking.” The new Prime Minister, Andrew Fisher, pledged that Australia would "stand beside the mother country to help and defend her to the last man and the last shilling" and immediately turned his attention to the war effort. By 1915 Fisher's health was suffering and, in October, he resigned and was succeeded by Billy Hughes.

Although the constitutional complexities of the 1914 were mostly forgotten, it did set a precedent that would be picked up on by future Prime Ministers decades later. It was possible to manufacture a conflict between the Houses in order to instigate a Double Dissolution and the Governor-General was bound to accept the advice for such a dissolution as long as the constitutional provisions were fulfilled.

Irving, Helen (2015), Pulling the Trigger: The 1914 Double Dissolution Election and Its Legacy, Papers on Parliament No. 63, Parliament of Australia, http://www.aph.gov.au/About_Parliament/Senate/Powers_practice_n_procedures/pops/pop63/c02, Accessed 28/07/2017