The South Australian town of Port Lincoln is well known for its seafood industries, racehorses and sports-people, yet some of the most interesting and inspirational stories surrounding the coastal town derive from wartime, and speak of the bravery of Port Lincoln’s pioneering families, who gave so much to the war effort.

South Australia in the early 1900’s had a population of just over 400,000 people, around half of whom resided in the capital of Adelaide, and in suburbs close by. The other half lived rurally, in farm land that was based around an array of small country towns such as Port Lincoln. In 1914 when news of war reached Australia, the estimated population of Port Lincoln was just under 1,000. It had a post office and a general store on the main street of Tasman Terrace, and on the corner, the Port Lincoln Hotel, but aside from these few new businesses, the streets were relatively barren. 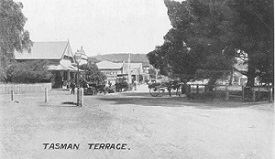 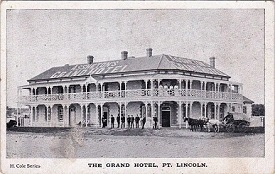 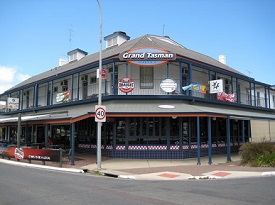 It is amazing to think that, from a town of just 1,000 members, 264 men enlisted to serve in the First World War. The main sources of income for townsfolk were farming and fishing, businesses run by these now departing men. Unbelievably, even with a quarter of the town serving in the war, Port Lincoln managed to survive and continue to expand to this day, and the following stories shed light of some of Port Lincoln’s eldest families, and their influence on the town during the war. 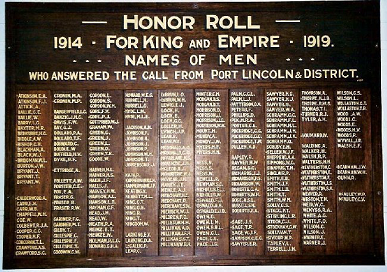 The Sawyer’s were a very well known family in the district, and the importance of their service in the war cannot be understated. The family were the original owners of Spilsby Island, a small patch of farm land located 20 kilometres from the mainland. Mr Joseph Sawyer, a true pioneer of Port Lincoln, made his way from England to Port Lincoln at age 20. An enthused seaman, Sawyer travelled the 40km round journey from his home on the island to the mainland daily in his small cutter the Albion, later renamed The Ammonia. He was nicknamed “Shellback Joe” by the locals in the Oyster business in reference to his sailing capabilities. Unfortunately, Joseph Saywer lost the rights to the island in the early 1900’s, which is how the island became the tourist destination it is today. 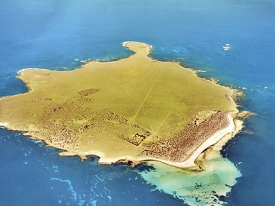 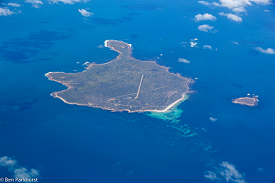 The youngest of Sawyer’s 10 children, aptly named Spilsby, found work as a labourer in the Murray Bridge area, and when called to arms, fought as a part of the 14th Machine Gun Company. An older man of 44 when he enlisted in 1916, Private Spilsby Sawyer was a rare member of the 14th Company not recruited from New South Wales. Men in Machine Gun Companies operated in teams of 3, with the weapon of choice being the Vickers water cooled .303 British, a gun with a reputation of extreme reliability, capable of firing bullets in excess of 3000 yards. Private Spilsby Sawyer was discharged from service on the 1st of May 1918 for medical reasons, and returned home to Murray Bridge, where he died of natural causes in 1947, at the age of 74.

Spilsby was not the only Sawyer to embark however. His nephew, Henry James Sawyer, enlisted in February of 1916, and served as part of the 48th Infantry Battalion. Prior to this, Henry and his father Caleb had left Port Lincoln during the drought in search of better farm land in the Adelaide Hills. He and Henry later returned to Poonindie however, and purchased land on the bank of the Tod River from which Caleb ran a dairy farm and Henry worked as a fisherman. Private Henry Sawyer was discharged on the 29th of August 1919 after receiving general shrapnel wounds to his neck and arm while fighting in Albert, France. It was due to this particular battle that Henry was awarded the Military Medal for bravery at the completion of the war. After his distinguished service, he returned home to Poonindie, and, as a respected veteran and member of the Port Lincoln RSL, had an astounding influence on his local community. Sadly, Henry was only 43 when he died, possibly as a result of lasting injuries. His influence on the community is ever immortalised through the testimonies of the townsfolk in reference to his death; the most touching of which came from the local schoolchildren, who noted that Henry was the most “zealous of the board members” at the school, and that his guaranteed presence at every school function would truely be missed. Such high praise goes to show how well respected these men were, and how influential certain families were in keeping Port Lincoln stable at the completion of the war. 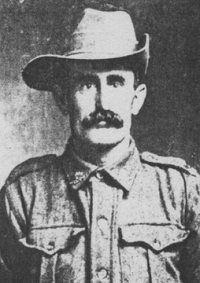 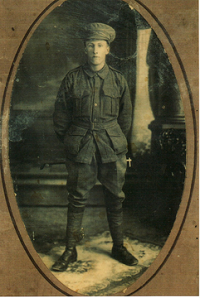 The Morrison family were also among the few pioneers who settled in Port Lincoln, and, like the Sawyers, their involvement in the Great War spanned two generations. James Osborne Morrison, born February 26th 1871, enlisted in January of 1916, at the mature age of 44. The son of Scottish pioneers, James was renown for his equestrian skills. His friendly face became a staple of the horse drawn carriages, owned by the Mudge Family, that traversed the Eyre Peninsula from Port Lincoln to Streaky Bay for many years. James Morrison brought his own horse to the war, and fought in the 9th Light Horse Regiment. A Private, he served in Egypt, Palestine and other parts of the Middle East until the cessation of hostilities. James returned a hero to Port Lincoln, but sadly never again found the strength to continue his work as a horse driver that had brought him and many others so much joy.

James Osborne had 4 sons, 3 of whom represented their country in conjunction with their father in World War I. Their names were Darcy Alfred, Walter Norman and James Edward, and they were just 23, 20 and 19 years old respectively when they enlisted. Walter Norman, who, like his father, had a knack with all things pertaining horses, also served in the 9th Light Horse Regiment. He later served as part of the 50th Infantry Battalion. Private Walter Norman Morrison was on multiple occasions recognised for his distinguished conduct in dispatches written by famous British General Sir Ian Hamilton. Walter was also reportedly honoured by His Majesty King George V for conspicuous service rendered while on the Gallipoli Peninsula. On the 11th of November 1918, Walter sustained a serious wound in his left arm, and was removed from the front line and sent to Harefield Hospital, where he made a full recovery. After this, he was sent home, and eventually died of natural causes in 1961, aged 67.

Walter’s younger brother Private James Edward was unfortunately not as lucky, and died in action on June 12th 1917 while serving as part of the 50th Infantry Battalion in Messines, Belgium. As a young man in Port Lincoln, James attended the State school, and after his education, worked as a labourer in the district. Like so many others, he never returned home; his body was buried in Ypres, Belgium.

The third brother, Darcy, worked as a carpenter, and served as part of the 32nd Infantry Battalion. He completed his service and returned home, where he spe nt time comforting his ageing father. Unlike so many others, Darcy Alfred lived out his life fully after his service, and died at 91 years of age, although his life was never the same without James, who so sadly gave his own.

The stories of Port Lincoln families who lost their sons, fathers, brothers, uncles and nephews continues. There was the Ness family, who were left fatherless, and without their two eldest sons due to war casualties, leaving the youngest son Angus to care for his widowed mother Susan, whilst keeping the family farm afloat. Mr and Mrs Oswald lost their 4th son Frederick Jaques due to wounds sustained in France in August 1918, and also had 18 nephews on the front line, 8 of whom lost their lives. The Hawsons, grandsons and great-grandsons to Henry Hawson, the founder of Port Lincoln, were also left without many of their own at the completion of the war.

The last and most poignant of the stories I discovered from the district was that of the Gillespie family. The three brothers, Privates Frank, Tom and Clive, all left their jobs as clerical workers to join the Australian Military, however, only Clive returned. Their mother was the recipient of a disheartening letter in November of 1916, within which a Mr Alfred Daynes assured her Frank received a proper burial, and promised that he would see to it that Franks grave was bestowed with flowers whenever he had the chance to do so. Such a touching letter, sent to a complete stranger, still carries such weight today. The camaraderie between those who served, no matter their background or nationality, is ever-present in an anecdote such as this, and I trust Mrs Gillespie appreciated the lengths Mr Daynes went to to ensure Frank Gillespie was appropriately  honoured as a hero.

In the midst of such death and destruction, it is hard to fathom how families such as these continued to thrive and expand the town of Port Lincoln to its current population of over 16,000 people, especially when you consider that just 20 years after the cessation of hostilities, the world was at war once more. I can only imagine that the sentiments from Mr Alfred Daynes, or the courage of Angus Ness taking over the family farm, or the memories of prevalent townsfolk like the James Osbourne Morrison and Spilsby Sawyer, inspired those that remained to keep fighting, in honour of boys they had lost.