In November 2018 the Minister for Defence Personnel, Darren Chester MP, announced six servicemen would be recognised for their courageous actions in Timor during World War II as part of Sparrow Force.

Mr Chester said “ .., the men of Sparrow Force fought valiantly to protect an air base in Timor which provided a forward operating base for allied aircraft defending air approaches to the South West Pacific Islands. …, we recognise these heroic actions in the face of a numerically superior and well equipped enemy in World War II.”

“Lieutenant Williams led his platoon in attacks alternating from one flank to the other of the enemy position, which resulted in driving them back. His leadership had a very material effect on the battle.” 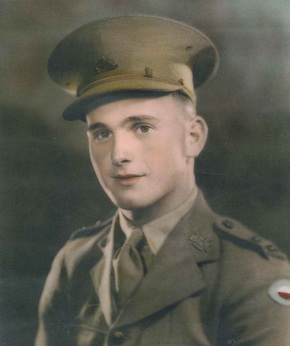 LT Williams enlisted in Launceston on 12 August 1940 – he was 20 years old and engaged. His army training begun at Brighton Army camp, just north of Hobart, and continued at Bonegilla, in Victoria, where he was promoted to the rank of Lieutenant. The  Battalion moved onto Darwin to gain experience in tropical conditions.  He was due to take leave in January 1942 and was to be married during that time, but on 5th December 1941 he sent a telegram home saying:  “WILL NOT BE HOME ON LEAVE, CANCEL ALL ARRANGEMENTS, LETTER FOLLOWING,LOVE RON.”

His battalion were ordered to move out and were shipped to Timor. Towards the end of December 1941 the Battalion was based in Babua awaiting reinforcements and ammunition. On 23 February 1942 LT Williams and his soldiers were captured by the Japanese and became Prisoners of War. Despite the horrendous conditions and treatment endured during this time, LT Williams did all that he could to care for and keep track of his men right up to and after the Japanese surrender the brought and end to World War II hostilities.

You can read more about Lieutenant Williams here: https://vwma.org.au/explore/people/378560

And yes, he did make it home and his sweetheart was waiting. 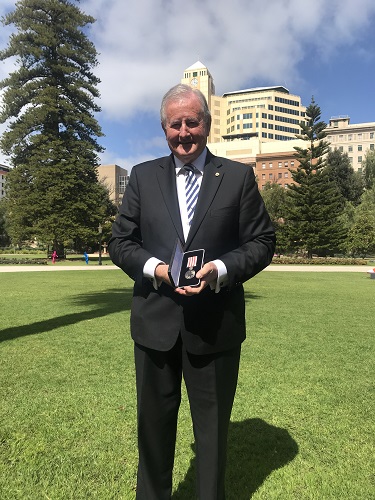 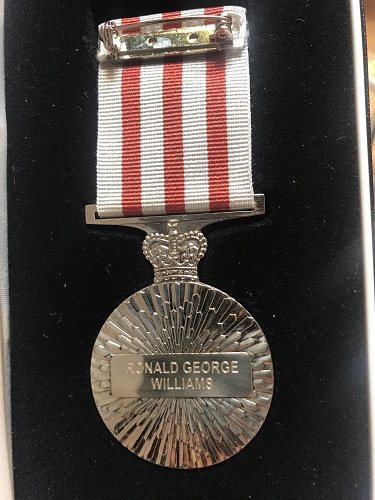 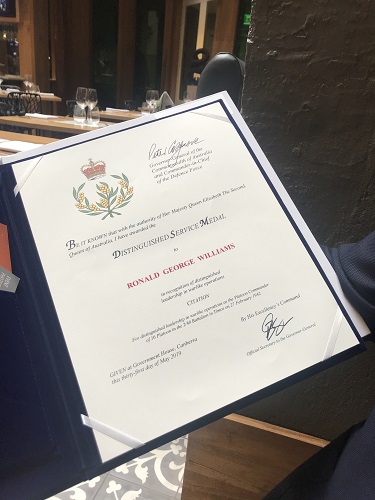