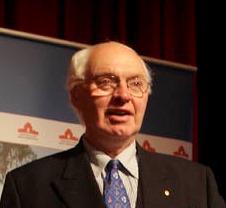 Sometimes I am confronted by people who ridicule the notion that Australia became a significant actor on the international scene on 25 April 1915. There are, of course, many ways of making an impact on the course of military history, but there are few that are as powerful and as difficult to achieve as an amphibious landing on a well-defended enemy shore. Just think about what it takes: a heavy naval force to get the landing force safely into position, specially made landing craft to get the troops ashore from their transport vessels, powerful and accurate naval guns to cover the landing force while they seek a secure foothold, and then copious re-supply of food and ammunition, casualty treatment and evacuation, and above all the brave, well-trained men to put this complex operation into effect successfully.

In the 1950s I had heard the sceptics and the dismissers in Australia. In 1963, when I had an opportunity to spend some time in Europe, I went to Anzac Cove to make an assessment of how difficult the landing was, beginning with donning my bathers at a point on the beach to where we could drive, swimming out a short distance to around where the landing force would have disembarked from their boats, and then returning, head just above water, trying to imagine the fall of shot and shell from the Turkish defenders high above on the ridges behind the landing beaches. Then I scrambled ashore and climbed the first line of cliffs confronting the Anzac Cove beach. 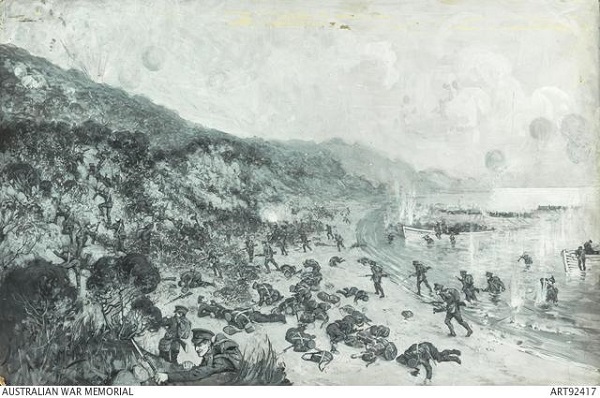 Bearing in mind that the men of the ANZAC landing force had been in training for only a few months, that their necessary specialised equipment was in meagre supply, and that their enemy were well trained, led by Kemal Ataturk, the man who was to become the leader of the new Turkish nation which arose after the First World War, the ANZACS achieved a remarkable amount that day. In terms of gaining a notable entry onto the world scene, they scored prominently on 25 April 1915. Once ashore they clung to their position, expanding it a little, over the next six months. Eventually more troops were needed elsewhere, especially on the Western Front in France, and the ANZACS were withdrawn. They withdrew largely intact. They were not a defeated rabble. What is more, they had inflicted such losses on the Turks during 1915 at Gallipoli that in the following year the Russians were able to penetrate well into the Turkish eastern front and the Turks could not recover lost ground. The Turks (and the Germans) then had to cut back on their plans for a major offensive in 1916 toward the Persian Gulf - to capture the British oilfields in Persia, destroy the emerging Arab revolt that was to become so effective in 1917-18, and seize the Suez Canal, the great strategic artery of the British Empire. What a different finish to the war in the Middle East that could have been!

On ANZAC Day in 1997 I returned to give the memorial address at ANZAC Cove, to an audience of several thousand Australians and New Zealanders, mainly young back-packers. As I stood with the dawn light slowly revealing the clifftops above the beach, I could not help thinking “That was not a bad day in 1915 for our two nations.” We paid a price in terms of casualties for our results, but we had proved to be capable in one of the most difficult and demanding forms of modern warfare – the amphibious attack. We want no more such wars in future, but if we are forced to defend ourselves, we have this example to look to.