Whilst conducting a routine search and destroy mission in the Gang Toi Hills in the Bien Hoa Province of Vietnam, A Company 1st Battalion Royal Australian Regiment (1 RAR) encountered a well-defended Viet Cong bunker system in the afternoon of the 8th of November 1965. The ensuing battle, while short and comparatively minor, was a significant battle for A company 1 RAR, who were forced to leave behind two of their men.

The Battle of Gang Toi occurred during a major joint American-Australian operation codenamed Operation Hump. Commanding Officer Lieutenant Colonel Lou Brumfield considered Hump to be the least successful Australian operation of the Vietnam War, later criticising the lack of prior reconnaissance and poor communication between Companies.[i] As A Company 1 RAR engaged with Viet Cong soldiers in the Gang Toi Hills, United States 1/503rd Battalion were engaged in intense hand-to-hand conflict in a Viet-Co ng bunker system across the Song Dong Nai River.[ii] A Company was never called to reinforce despite hearing the firing escalate from their position at Gang Toi. 1/503rd Battalion suffered over 150 casualties including 49 killed during Operation Hump, near 40% of their strength.[iii]

1 Platoon was the first to encounter Viet Cong resistance as they reached the peak of the hill. They were hit by heavy machine gun fire supported by rifles and grenades. The grenades quickly sparked a fire, engulfing the platoon and causing 5 casualties. 1 Platoon went to ground and returned fire, allowing all but one of the wounded men to crawl to safety. Lance Corporal Richard Harold John ‘Tiny’ Parker had fallen into the bunker system, where he was exposed to further Viet Cong fire. He failed to respond to his fleeing platoon members, who were forced to leave his body behind.[iv] 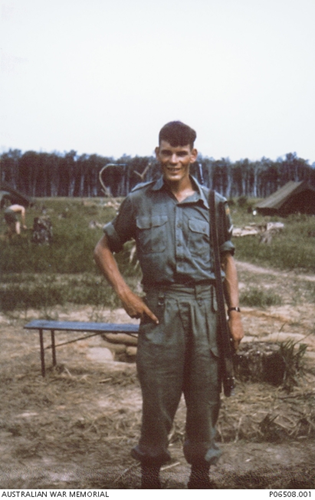 Soldiers from 2 and 3 Platoon provided covering fire while the injured members of 1 Platoon withdrew. Two Viet Cong soldiers were killed by 3 Platoon as they moved along the creek line. Moving slowly up the hill, 3 Platoon edged their way closer to the bunkers. Private Peter Raymond Gillson became tangled in tree roots, where he was shot.[v] Two Viet Cong rushed forward to take his gun, but Gillson, still alive, managed to kill them both before collapsing himself.

All three platoons of A Company continued to withstand heavy fire until about 6:30pm. During that time, three attempts to retrieve Private Gillson were unsuccessful. Sergeant Colin Fawcett managed to avoid injury as he crawled to Gillson’s body. He was unable to find a pulse, but nevertheless tried to to retrieve his body from the tangle of roots.[vi] Before long, the fire became so heavy that Fawcett had no choice but to leave Gillson and return to the platoon. His “outstanding courage”[vii] earned him a Military Medal. As night approached, A Company withdrew to their initial landing point for evacuation. Helicopters were not available until the following morning, but the company made it through the night unharmed. 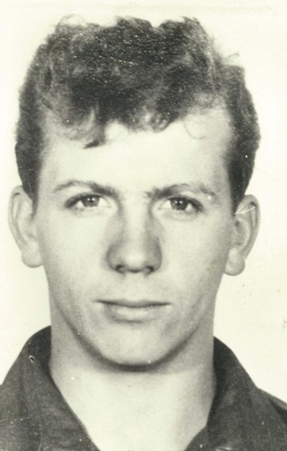 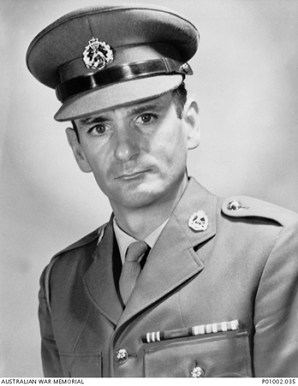 In total, six men were wounded and two missing, despite eyewitness reports confirming both Gillson and Parker had been killed. They became the first two of six Australian men to be deemed MIA in Vietnam. A Company were desperate to return to Gang Toi to retrieve them both.[viii] Brumfield was especially determined and began planning an attack on the bunker system in the event of a return mission. The American battalions were in desperate need of helicopters for casualty evacuations however, and so the plan was put on hold. Operation Hump concluded on the 9th of November, and 1 RAR were still yet to return to Gang Toi. Brumfield was at one point given permission to conduct his operation, however it was later deferred by US General William Westmoreland.[ix] It ultimately never came to fruition.[x] As a result, both Gillson and Parker’s bodies were not recovered from where they fell at Gang Toi.

Abandoning the bodies of Private Gillson and Lance Corporal Parker was the only option at the time of the battle, but the failure to return and retrieve them scarred many of the men in A Company who felt they had insulted the memory of their lost brothers. Until very recently, both were still listed as MIA, making it difficult for A Company and the families of Gillson and Parker to gain any sense of closure.

In April 2007, buried human remains were discovered in the Gang Toi Hills by members of Operation Aussies Home, a group of Vietnam veterans who had returned in the hope of bringing the forgotten six MIA men back to Australia. One veteran, Trevor Hagan, was a Sergeant in 1 RAR, and had witnessed Richard Parker’s death:

“I sat on the gun-pit that would have killed Tiny, and he and Peter Gillson talked to me through the ground.”

“I said to them…that’s long enough, I’m bringing you home.”[xi]

On day three of the excavation, the dog tags of both men, along with artefacts such as Zippo lighters and hutchie cord, were uncovered, adding to the hope that these were indeed the remnants of Gillson and Parker.[xii] A forensic test in May confirmed that Private Peter Raymond Gillson and Lance Corporal Richard Harold John Parker had finally been found, 42 years after they had fallen.[xiii] They had been buried by Viet Cong soldiers in an old weapons pit.

On the 6th June 2007, carried atop the shoulders of the men who fought alongside them, Parker and Gillson returned to Australian soil once again,[xiv] a cathartic moment for the families they left behind. Parker was buried in Canberra and Gillson in Melbourne.

The history books have the Battle of Gang Toi lasting 4 hours, but for A Company 1 RAR, the battle didn’t end until 2007, when Peter Gillson and Richard Parker were reunited with their comrades back home in Australia. These men were but 2 of 60,000 Australians who served in Vietnam, and yet, as insignificant as that number may seem, they were never, and will never, be forgotten. 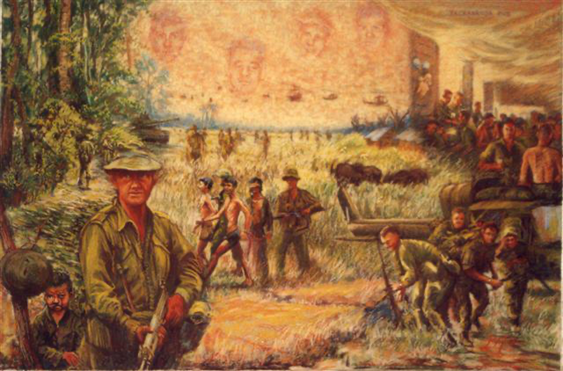