With the collapse of France, Britain was effectively alone and isolated in western Europe.

Observers had expected, and Hitler had hoped, that the British would seek to negotiate terms of a peace settlement with the Nazis. But with Churchill at the helm and after his “…finest hour” speech on the 18th June it was clear that Britain intended to fight to the last.

If Britain did not seek terms it would have to be neutralised, and potentially invaded. That would mean the Nazis would have to destroy the Royal Air Force. Without adequate air cover, the Royal Navy would be imperilled both at sea and in its home ports.

Outnumbered by a significant margin, some German 2600 aircraft compared to 640 fighters the RAF could muster, the odds appeared to be stacked impossibly against Britain. However, it was to be the beneficiary of a number of factors in the coming battle:

Intelligence: The British already had ‘Ultra’ the top level; decrypted radio intercept information but the British had to be very careful how they used the information lest they arouse German suspicions.

A lack of strategic cohesion by the Germans: The focus of the campaign kept shifting and with the changes, Luftwaffe effectiveness diminished and their losses mounted.

The ‘range equation’: Germany’s most effective aircraft, its Messerschmitt Bf 109 fighters, were hampered by limited range and endurance over southern England. The British aircraft on the other hand, were close to home. RAF aircrew forced to bail out were able to be retrieved more easily than was the case for the Luftwaffe crews. However, over water both sides faced the same risks, of losing downed aircrew to the English Channel and the North Sea. Aircraft could be replaced; it was much harder to replace aircrew, particularly pilots. 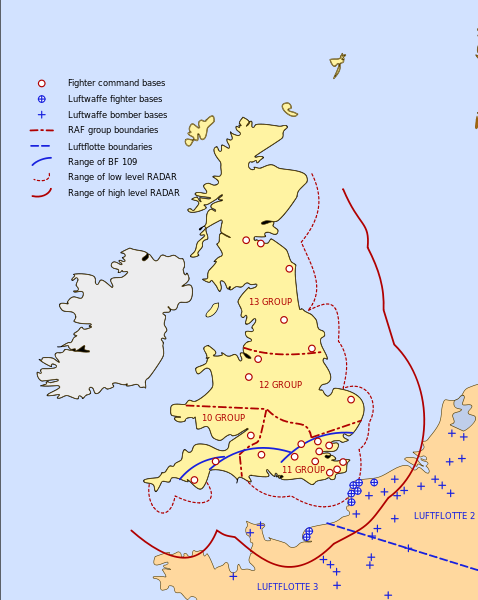 Battle of Britain: Boundaries, bases and Radar coverage.in central and southern part of Britain. Radar coverage in north of Scotland not shown Image from Strategy for Defeat, The Luftwaffe 1933-1945 by Williamson Murray

The Battle is generally regarded as having five phases. Australian pilots were engaged in each of these, and suffered casualties accordingly.

Phase 1 ‘Nuisance Raids’ (4th June-9th July) began before the Fall of France, on the 4th / 5th of June. The Luftwaffe had developed as a tactical air force, flying mainly in support of the Army. Now it was faced with the prospect of a more strategic role and it needed to develop the skills and processes accordingly. This period afforded the chance to test Britain’s defences, including the radar network and to cause alarm among the civil population by triggering air raid alerts. Most importantly it gave Luftwaffe crews much needed experience in day and night navigation over water.

Phase 2 – Air and sea Blockade (10 July – 12 August) As Germany consolidated its grip on its newly won territory on the Continent, it also marshalled the forces it would need for the next phase of operations. Luftflottes 2 and 3 were arrayed across the Channel and Luftflotte 5 was based in Norway, threatening the north of England and Scotland. 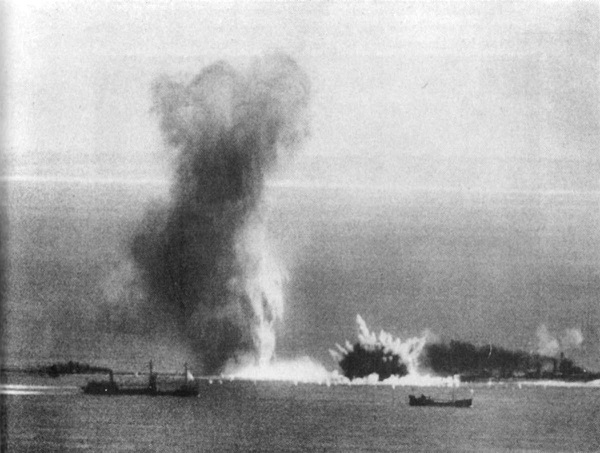 While the supporting plans were developed, the Luftwaffe began attacks on shipping around the coast and in areas of high concentrations of shipping such as Portsmouth. Their term for this period was ‘Kanalkampf’ – literally the ‘Battle for the Channel’. The net effect of these raids was to force transportation of commodities such as coal to be moved by train and Channel convoys were cancelled.

This period also enabled the Germans to probe British defences in larger numbers. In these engagements the Luftwaffe held the advantage as they were generally closer to their home bases and the single engine fighters of the RAF had to fly further and were over water meaning recovery of downed aircrew was less likely.

The Nazi High Command issued a series of Directives during this period. The first directing the Luftwaffe to attain Air Superiority over the SE of England, and the second to commence preparations for a seaborne invasion, code-named ‘Operation Sealion’.

It was during this phase that the first Australian pilot was lost.

John Connelly Kennedy was among the many who had joined the RAAF, and on graduation had been offered the opportunity of a short service commission in the RAF. Born in Sydney, Australia on 29th May 1917, he had been educated at St Charles College, Waverley before joining the RAAF in 1936. 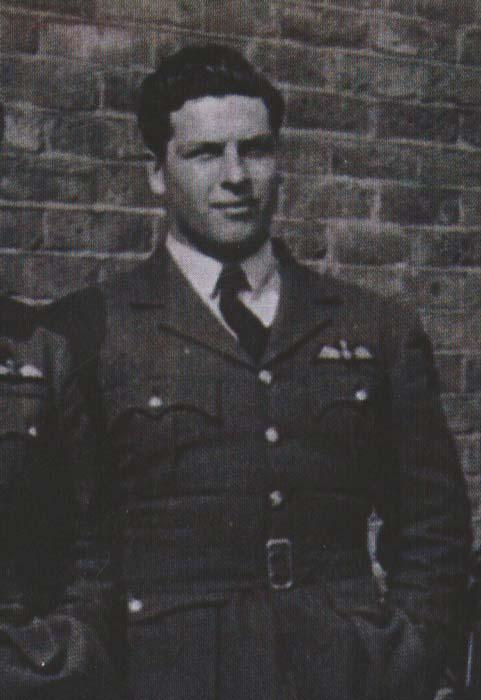 Kennedy was posted to No.1 FTS Leuchars for a short flying course after which he joined 65 Squadron at Hornchurch on 19th December 1937.

Promoted to Acting Flight Lieutenant, Kennedy was posted to 238 Squadron at Middle Wallop as a Flight Commander on 31st May 1940. They and t heir Hawker Hurricanes would soon be on the front line.

On 13th July Kennedy had attacked a Dornier 17 bomber, on England’s south coast near Weymouth. He in turn was attacked by German fighters, which damaged his aircraft. He dived away towards the coast to make a forced landing at RAF Warmwell, but on approach he stalled and crashed at Southdown, Littlemore trying to avoid high tension cables.

Kennedy, who may have been wounded, was killed in the crash. He was 23 years old, and is buried in Holy Trinity Churchyard, Warmwell. 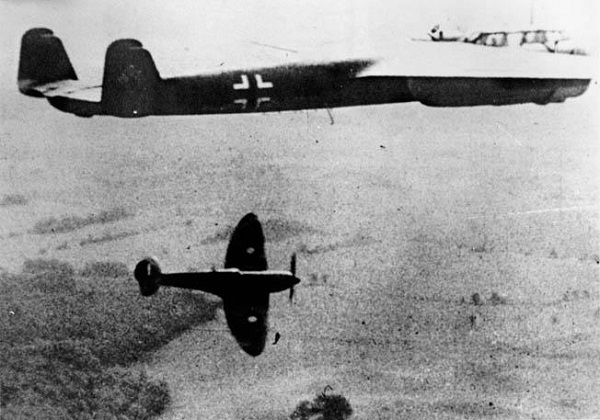 Less well known is the fact that RAF fighters flew escort missions for Bomber Command aircraft raiding France. These raids were carried out throughout the period of the Battle of Britain and beyond. The Bristol Blenheim was a multi role aircraft and numbers had been configured as ‘heavy fighters’; later they were among the first night fighters. A number of Australian pilots flew Blenheims on these operations and it was on one of these raids on 1st August 1940, that the second Australian pilot and his crew member were killed.

Bryan Martin McDonough was born at Ulverstone, Tasmania, Australia on 15th August 1916. His family later moved to Victoria and he completed his education at St. Kevin's College, Melbourne.

McDonough joined the RAF on a short service commission in March 1939. After completing his training he joined the newly-reformed 236 Squadron at Stradishall in early November 1939, flying Bristol Blenheim heavy fighters 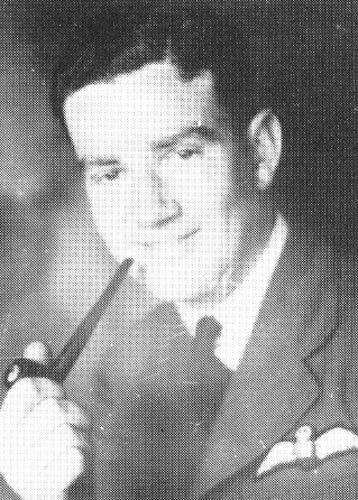 During a bomber-escort operation to France on 1st August 1940 McDonough was shot down in Blenheim tail number R2774, either by the ground defences of Querqueville aerodrome or by Oberleutnant. Dullberg of III/JG27. McDonough and his gunner, Sgt. F.A.P. Head, were reported Missing. Bryan McDonough is commemorated on the Runnymede Memorial, Panel 9. 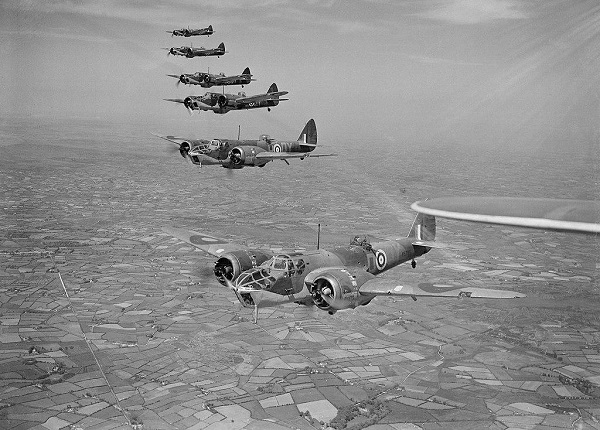 The Luftwaffe was now building up for the next phase of the Battle; the destruction of the RAF.

On the 11th August, another Australian was lost. Flight Lieutenant Stuart Walch, was the second of two Tasmanians serving in Fighter Command and he became a casualty on the 11th August 1940.

Stuart Crosby Walch was born in Hobart, Tasmania, Australia on 16th February 1917 and educated at the Hutchins School there. On 15th July 1936 he joined the RAAF as an Air Cadet and carried out his flying training at Point Cook.

In August 1937 Walch transferred to the RAF, travelled to England and was posted to 11 FTS Wittering on 18th September for a short flying course.

He joined 151 Squadron at North Weald on 8th January 1938. 238 Squadron was reformed at Tangmere on 12th May 1940 and Walch was posted to it as a Flight Commander along with Jack Kennedy, and promoted Flight Lieutenant the next day. 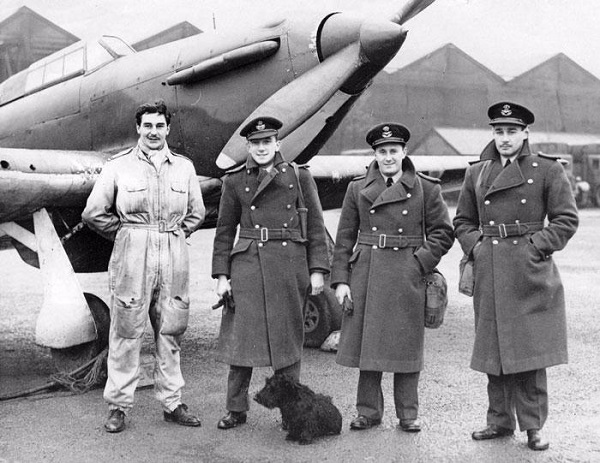 Stuart Walch standing at left with three unidentified colleagues, his overalls and the Hurricane's black/white colour scheme dates it to 1938/39.

Walch was shot down into the Channel during an engagement two miles east of Weymouth on 11th August in Hurricane R4097.

The next day, the 12th August, Flight Lieutenant Latham Carr Withall became the fourth Australian to lose his life in the Battle of Britain. 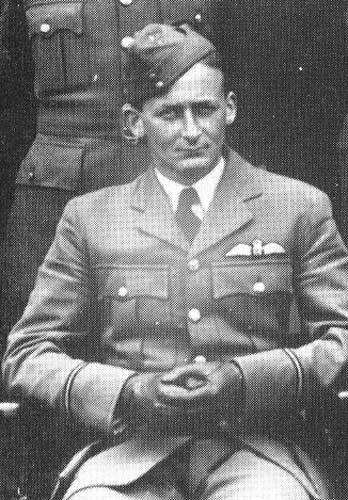 Latham Carr Withall, known as ‘Carr’, was born in Perth, Australia on 11th May 1911. His family later settled in Melbourne and after leaving school he took a job with a bank and devoted his spare time to gliding. He is regarded as one of the pioneers of the sport of gliding in Australia.

In 1935 he went with his family to England where he joined the RAF on a short service commission in October 1936. Graduating the following year he was posted to 8 FTS Montrose on 16th January 1937 and joined 19 Squadron at Duxford near Cambridge on 7th August of that year.

In October 1939 Withall was posted to No. 152 Squadron, then reforming at Acklington, as a Flight Commander, flying Spitfires.

Just after midday, while patrolling over Catherine’s Point, 152 Squadron encountered a large enemy force south of the Isle of Wight. The enemy had already struck at the Ventnor radar station. The odds were overwhelming but 152 acquitted themselves well. Sadly, two of their men failed to return, 22 year-old Pilot Officer Douglas Clayton Shepley and 29 year-old Flight Lieutenant Latham Carr Withall.

He was the fourth Australian entitled to the Clasp to lose his life in the Battle of Britain. He had married in January 1940 and his twin sons were born six weeks later on 25 September. He was shot down in Spitfire P9456 and is remembered on the Runnymede Memorial, Panel 5. He was 29 years old.