The Battle of the Coral sea was four-day battle that took place from the 4th to 6th of May 1942.[i] It marked one of the first air-sea battle in history and indeed the first time that capital ships never saw each other. The Japanese were seeking to control the Coral Sea with an invasion of Port Moresby in southeast New Guinea, which at the time was a territory of Australia, but their plans were intercepted by Allied forces. When the Japanese landed in the area, they came under attack from the aircraft carrier planes of the American-Australian task force commanded by Rear Admiral Frank J. Fletcher. Although both sides suffered damages to their carriers, the battle left the Japanese without enough planes to cover the ground attack of Port Moresby, resulting in a strategic Allied victory. 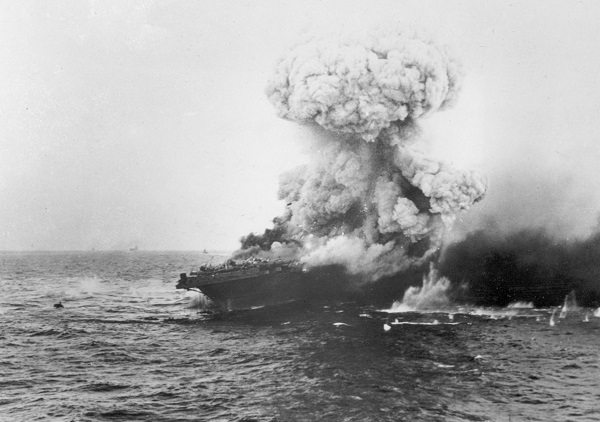 Japanese forces hoped to seize New Guinea and thereby cut the supply and communication lines between Australia and the United States.[ii] Unknown to the Japanese, Allied codebreakers had learned enough about enemy communications to discern Japanese plans in time for Allied fleets to assemble in the Coral Sea. The U.S. sent two United States Navy carrier task forces and a joint Australian-U.S. cruiser force to oppose the offensive.[iii]

The Australian presence at the Battle of the Coral sea consisted of the HMAS Australia and HMAS Hobart under the comand of Rear Admiral John Crace, RN, who, although he was in the British Royal Navy, was Australian.[v] 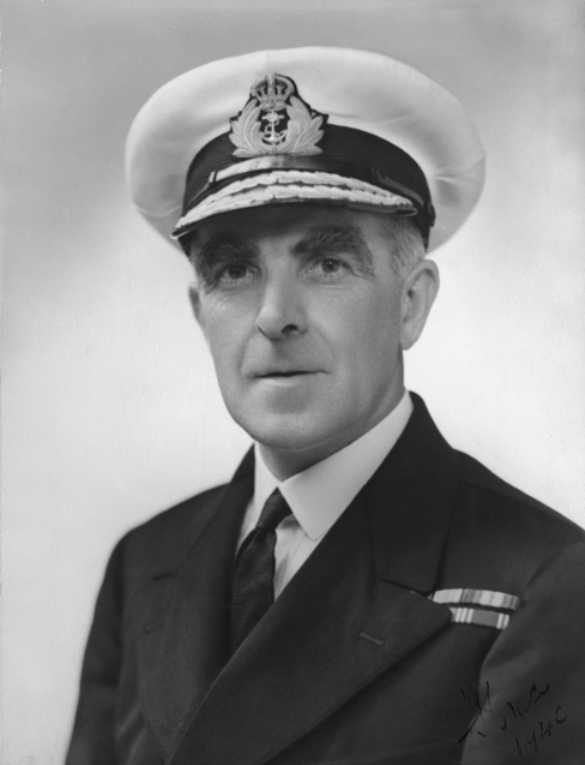 On the 3rd and 4th of May the Japanese successfully invaded and occupied the Solomon Island of Tuluga but lost several of their supporting battleships in the process. They were now aware of the Allied presence in the area. The Japanese fleet carriers advanced towards the Coral Sea with the intention of locating and destroying the Allied naval forces.[vi]

Beginning on the 7th of May, the carrier forces from the two sides engaged in airstrikes over two consecutive days. On the first day, both forces mistakenly believed they were attacking their opponent's fleet carriers, but were actually attacking other units, with the U.S. sinking the Japanese light carrier Shōhō while the Japanese sank a U.S. destroyer and heavily damaged a fleet oiler (which was later scuttled). The next day, the fleet carriers found and engaged each other, with the Japanese fleet carrier Shōkaku damaged, the U.S. fleet carrier Lexington critically damaged (and later scuttled), and Yorktown damaged.[vii] With both sides having suffered heavy losses in aircraft and carriers damaged or sunk, the two forces disengaged and retired from the battle area. 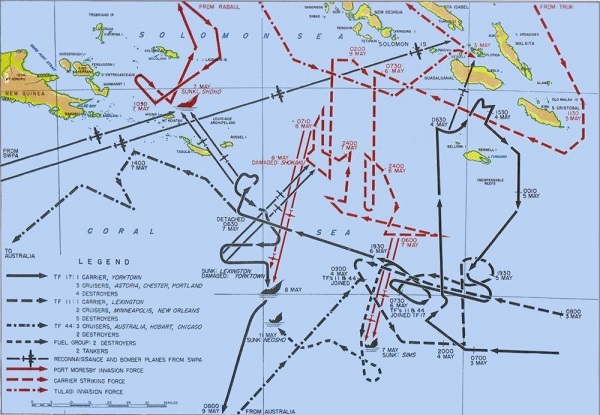 Map of the Battle
United States Army Center of Military History. The Campaigns of MacArthur in the Pacific, Volume I. Reports of General MacArthur. Retrieved on 2006-12-08., p. 48, Plate 14

Without air cover, the Japanese invasion force turned back, leaving the strategic victory to the Allies. The results had an important impact upon the Battle of Midway a month later, reducing Japanese forces available at that key battle.[viii]

The Royal Australian Navy's overall contribution to the Battle of the Coral Sea may not have been as spectacular as that of the American carriers, but the work done by the coast watchers, intelligence staff, the cruisers and other support ships and personnel all contributed to the result.[xi]

As I will show in Wednesday's article, the Battle of the Coral Sea represented a major shift in the way Australia saw its place in the world in relation to its traditional colonial motherland of the United Kingdom and the power of the United States of America.

HMAS Hobart under attack in the Coral Sea.
http://www.navy.gov.au/sites/default/files/coral%20sea%20copy_0_0.jpg