“…bewildered by what was happening I just lay there and gazed in astonishment, as the front line drew nearer I saw that their bayonets were drawn and that they were approaching at a hard gallop, having a camera in my haversack I got it out and took a shot…”
-    Private Eric George Elliott

Late afternoon on the 31st of October 1917, the 4th and 12th Australian Light Horse Regiments (Part of the 4th Light Horse Brigade) charged the desert city of Beersheba, bayonets drawn as swords, .303 rifles slung across their backs. The gallop of thousands of hooves kicked up a plume of dust as the Ottoman defenders open-fired. The 4th Light Horse Regiment dismounted at the dugouts, engaging in vicious hand-to-hand combat with their bayonets. The 12th Light Horse Regiment leaped the trenches, advancing headlong to Beersheba. Before long, the Ottoman troops in the trenches and the defenders in Beersheba had surrendered. Together, the two regiments captured 1,148 prisoners and caused over 1,000 casualties. They lost only 31 men and 70 horses of their own.

For the 4th Light Horse Brigade, who had both already earned multiple battle honours at places like Gallipoli and Ypres, the legendary charge at Beersheba became arguably their most significant distinction. Commemorated through films, art and written histories, the bravery and skill of the 4th and 12th LHRs continues to live on 103 years later. 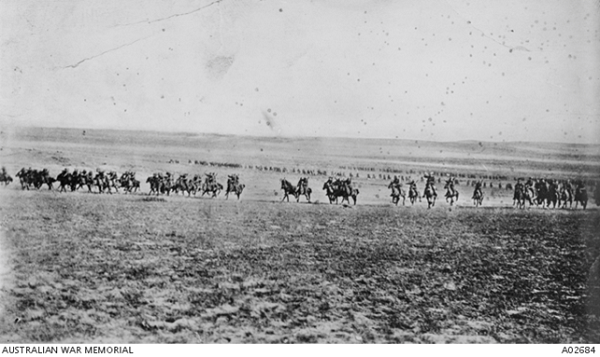 Thunder of a light horse charge
AWM A02684

However, it is impossible to research the Battle of Beersheba without coming across one image in particular. Aptly named ‘Thunder of a light horse charge’, the photograph claims to depict the charge of the 4th Light Horse Brigade at Beersheba. Controversy arose almost as soon as the photograph was first examined. Touring Australia as part of ‘The Pictorial Panorama of the Great War’ exhibition in 1920, the image was the topic of “constant discussion” according to curator and Victoria Cross winner William Donovan Joynt. During this tour, rumours that the photo was not genuine began circulating. They were dismissed by Brigadier General William Grant, who had directed the charge. He said to the sceptics, “I cannot and will not take exception to the claim made in the Exhibition catalogue that it is a photograph of the actual charge”. 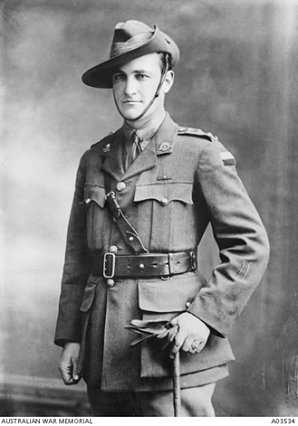 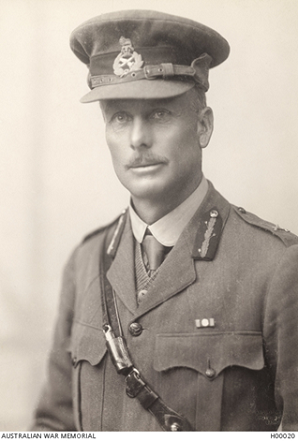 Doubters of the images’ authenticity suggested that it in fact portrays a staged reenactment of the  charge, thought to have been conducted at Deir el Belah. Brigadier General Grant dismissed this idea; the terrain did not match that of Deir el Belah, and the horses were in the correct formation, exactly as they had been at Beersheba.

Grant’s allegation by no means exonerated the photo. If anything, it sparked greater debate, with more and more evidence over the last 100 years put forward in conflict with his claims. For one, written accounts of the charge describe a huge plume of dust kicked up by the horses. ‘Thunder of a light horse charge’ depicts quite the opposite. The battle field was also described as downward sloping, yet the image shows a flat, if not slightly uphill terrain. A further issue with the terrain is the lack of evidence of any shelling whatsoever. In conjunction, there is not a single sign of an injured or lone horse; curious considering the Turks reportedly open-fired on the chargers as soon as they were within range.

Incorrect terrain is not the only submission against the photo either. A hand-drawn map of the charge formation by Lieutenant Frank Raymond Massie of the 12th LHR conflicts with the formation in the image, with the two ‘C’ Squadrons in line of column rather than abreast as the image shows. Those that believe the photo is authentic would argue that Massie either made a mistake in his drawing, or that the formation was changed after he had completed his map. 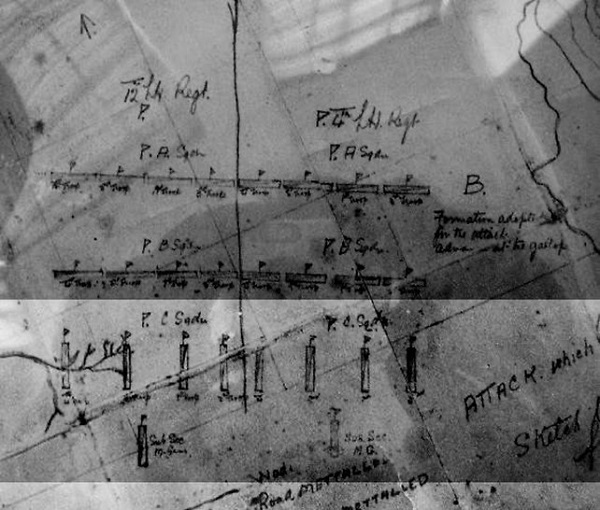 Hand drawn map of the 4th LHB prior to charging into Beersheba, 31 October 1917. Notice the formation of the ‘C’ Squad ron, contrasting ‘Thunder of a light horse charge’ which shows the third line charging abreast.
Australian Light Horse Studies Centre 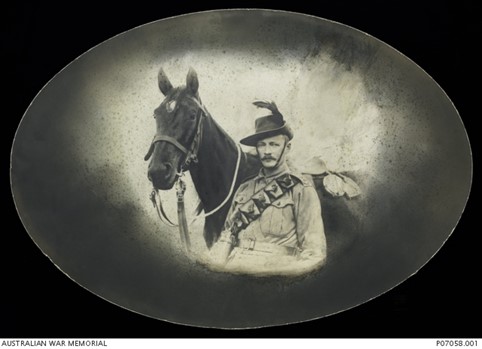 Another controversial point is the amount of men and horses shown in the image. It is well established through offical histories that upwards of 12,000 light horsemen participated in the charge, yet the picture  captures far less. The thousands of other men and horses should be denoted as black dots in the distance. Furthermore, close inspection and enhancement of the image seems to show dismounted and stationary riders in the second line. Quite clearly this behaviour would not have occurred during a ‘thundering charge’. 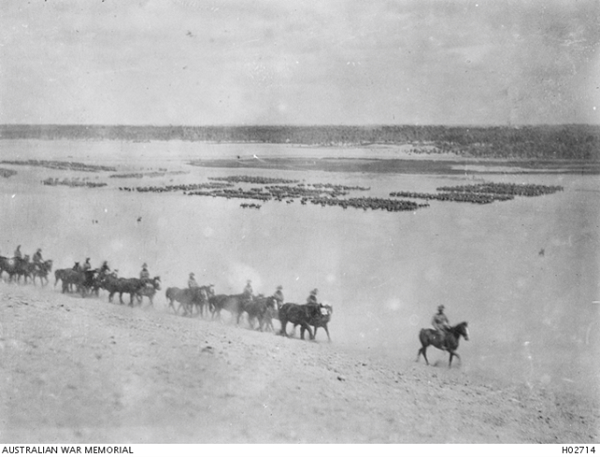 An inspection of Allied Troops at Mena Camp, Egypt. Notice the distant lines of men, impossible to hide in the stark desert landscape.
AWM H02714

Putting aside any evidence for or against the images’ legitimacy, the question of who actually took the photo has been fiercely debated. A definitive answer could settle the debate once and for all. One early theory was that the photo was taken by a Turkish defender, who was subsequently killed and his camera requisitioned. The logic was that, if the photo was of the real charge, it had to have been taken from behind enemy lines considering the angle of the shot. While not officially debunked, the suggestion has been largely rejected, for it seems too absurd of a suggestion to think the Turk was picking up his camera rather than his rifle. The implausibility of the Turk theory favoured the reenactment theory, specifically, that the photo had been taken by Frank Hurley, the Australian Official Photographer. There is written evidence Hurley was in Deir el Belah and did stage a reenactment on the 7th February 1918, but no  negatives of ‘Thunder of a light horse charge’ can be found in his collection, nor any footage of a reenactment at all. It is possible the photograph was taken by an associate of Hurley’s, but there is no known evidence of this either.

In 1967, a third possible photographer laid claim to ‘Thunder of a light horse charge’. Eric (Rex) George Elliott was a Private in the 4th Light Horse Machine Gun Company at Beersheba. In a Statutory Declaration, Elliott declared that he was conducting a range finding mission on the 31st of October 1917 “about four miles east of Beersheba” in an advanced location when he suddenly saw dust rising from the brigade area. He took cover, and within minutes the front line were within eyeshot. He took a picture, before hastily riding back to camp. He sent his spool back to his parents for development and was presented the photos on his return to Australia.

The whereabouts of the original spool, as is the case with Hurley’s negatives, remains a mystery. Without the spool, Elliott’s sworn testimony did little to convince sceptics that ‘Thunder of a light horse charge’ was not a picture of a reenactment. Along with the evidence already presented against the image, questions arose as to whether Elliott, a Private at the time, would have been given range finding responsibilities. Also in question was the nature of the camera Elliott had used. Surely a camera small enough to be carried in a rucksack would not have been capable of producing an image as steady or as panoramic as ‘Thunder of a light horse charge’. Even if Elliott is to be believed, it is possible that he is confusing the photo in question with a similar photo of his own authorship.

This week marks the 103rd anniversary of the Battle of Beersheba. Still, the debate surrounding ‘Thunder of a light horse charge’ has not been settled. If no new first hand evidence is presented, perhaps we will never know just who captured the photo and where. The official standpoint of the Australian War Memorial is that the photo is of a reenactment, taken by an associate of Hurley’s at Deir el Belah. Below is a summary of the evidence presented in this article to help you make a decision for yourself. 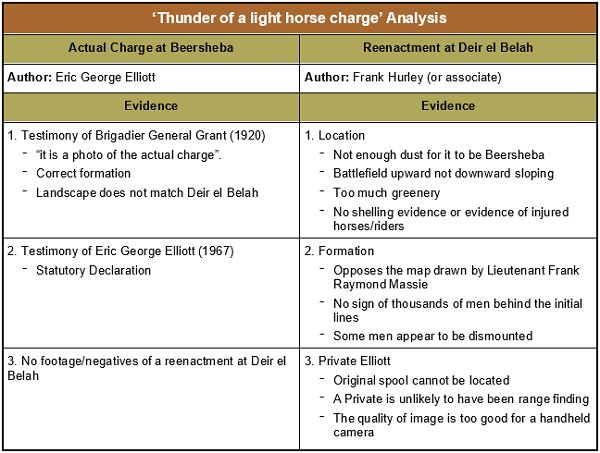 The information I used to write this article came from a number of online sources including forums and blogs.