With the greatest respect the following tribute is offered to David Whitlock Hesketh Jones,  a humble veteran of WW II, who passed away on 13 June 2020 at  the age of 98 years. 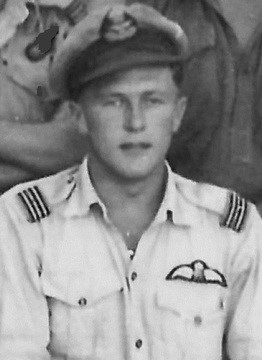 At the tender age of 18 David enlisted in the Air Force along with 5 friends as they returned from a school skiing trip whilst still enrolled at St Peters College (Adelaide). After 6 months in the reserves, he was called up and taught how to fly Tiger Moths at Parafield, after which he became a Flying Instructor at Narrandera and Deniliquin. Just as he started this posting he was informed that his older brother Bill, who was also a Flying Instructor had been killed in a mid-air collision. Despite this personal tragedy he did not waiver in his resolve and by the end of his postings at Narrandera and Deniliquin David was a highly skilled and confident pilot. His following posting to the General Reconnaissance School prepared him for action.

David was posted to No. 100 Squadron, based in Aitape in Papua New Guinea. In support of the troops on the ground, he and his squadron used Beaufort Bombers to bomb and strafe the cliffs and ridges where the Japanese were based. They would also drop newspapers and magazines to the Army. On the 15th August 1945 he and fellow airmen were on their way back Tadji following scheduled raids when they were advised on the Japanese surrender, leading to claims by all that they had dropped the last bombs of the war. Having witnessed the Japanese signing of the surrender by Japanese General Adachi, there were further missions flying to the remote areas of New Guinea dropping leaflets written in Japanese and local dialects announcing the war was over.

After his career as a pilot ended, David spent many years surprising everyone with his ability to craft leather, leadlights, gardens and woodwork.   He spent 31 years working 'after official retirement’ in a vineyard, where he was part of a small team who picked, pruned and maintained many hectares of vines and gardens. His passion for growing asparagus, raspberries and beautiful roses was admired by many and honoured in later years with ‘The David Jones Garden’ created at The Line & Label (Port Lincoln). 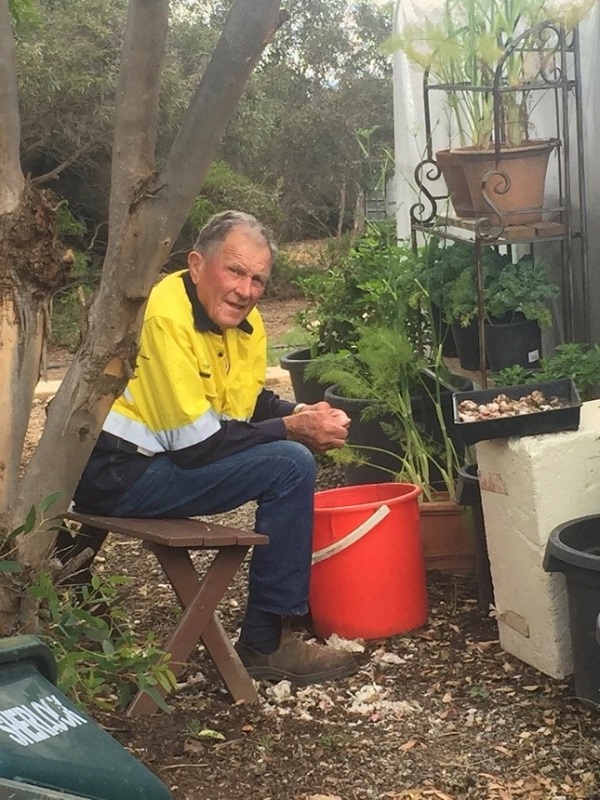 David in his garden (courtesy of Diana Williams)

He was as handy with his hands as he was sharp with his mind, right up until he was hospitalised with Pneumonia in mid-June 2020.

He was a proud family man, a distinguished gentleman and a WWII veteran who will be remembered and honoured with the grace he showed in all aspects of his life.  David Jones passed away peacefully in his sleep during the early hours of Saturday 13th June 2020, after 98 years filled with passion and commitment to the things and the people he loved. 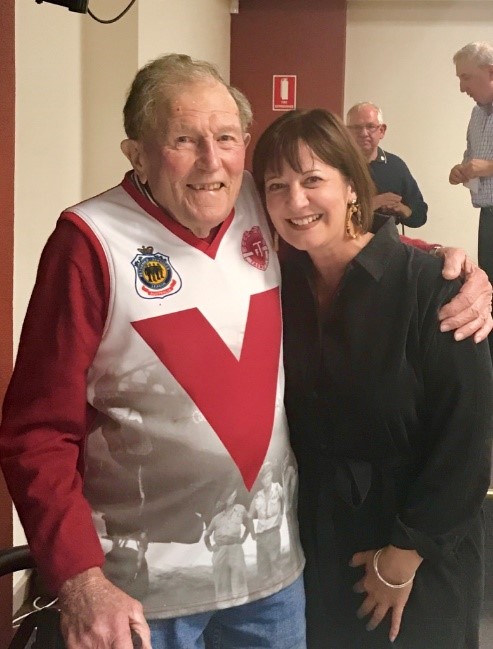 He will be remembered. He will be greatly missed.