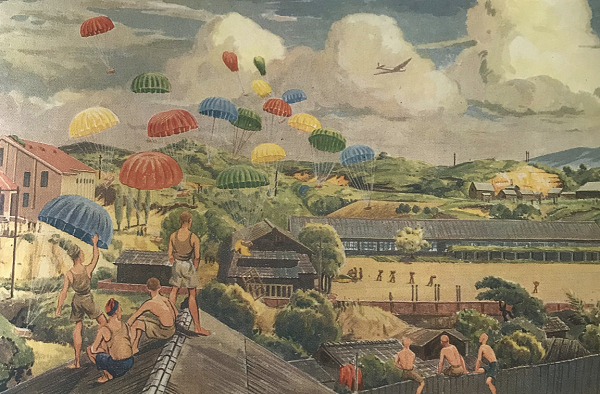 It took three long, devastating and cruel months from May 1945 after Germany surrendered to the Allied forces to end World War II in Europe, for Japan to surrender on 15th August 1945.

VP Day – Victory in the Pacific – marked the unconditional surrender of Japan after over three years of war starting with the bombing of Pearl Harbour on 7th December 1941. Because of the time zones, the US. recognises VJ Day – Victory over Japan – a day earlier on 14th August but in Australia we celebrate the end of hostilities when peace was declared in Japan. Emperor Hirohito announced on radio to the Japanese public, the acceptance of the terms of the Potsdam Declaration which was issued 20 days before on 26th July 1945. The Declaration was rejected by Japan’s militaristic leaders despite warnings from the US that weapons of mass destruction would be dropped on civilians should they not accept surrender.

The war ended following the bombing of Hiroshima on 6th August 1945 and then Nagasaki on 9th August 1945. These horrific events mark the first, and hopefully last, use of devastating nuclear power. The defining terms of the Potsdam Declaration included  the following clause; “ The Japanese Government shall remove all obstacles to the revival and strengthening of democratic tendencies among the Japanese people. Freedom of speech. Of religion and of thought, as well as respect for the fundamental human rights shall be established”.

There is context in remembering both sides of war, its futility, waste and tragedy. This was described by the Australian commanding officer in the Omine Prisoner of War camp on the island of Kyushu, Japan in 1945.

On one hand, the 700 prisoners were treated very badly, inhumanly. They made up of Canadians, Englishmen, Australians, Dutch and Americans- a mixed bag of soldiers, sailors, airmen and civilians, herded together for one purpose…..down the mine. Conditions were very bad in respect of food, medial supplies and clothing. However morale was excellent as a result of those who took great risks in collecting war news and in delivering confidence through concerts and special day events.

On the other hand, the PoW’s could see the local Japanese people were war weary and that their morale was breaking down through the news of defeat and lack of food and clothing, in fact, of all amenities. The fighting strength of Japan had been distributed outside the country, leaving her in a particularly weak state at home. Nevertheless, the PoW’s expected Japan’s fanatical leaders to fight on to the last and that eventually Japan would be invaded. The inevitable devastation of Hiroshima and Nagasaki, and the loss ultimately of 200,000 lives, was the prophetic end to the PoW’s observations. 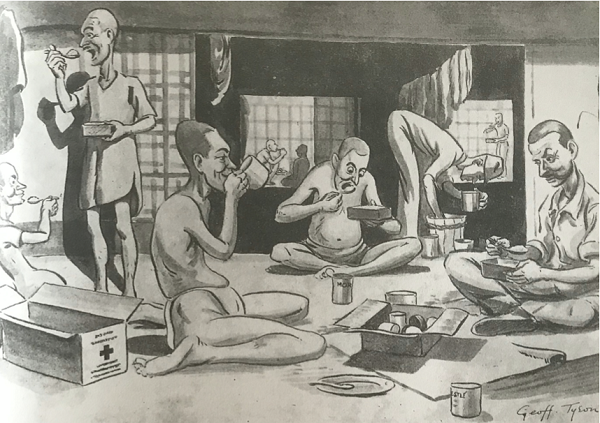 It was therefore with great celebration that Australia’s involvement in World War II ended on VP Day. This is a day to remember the sacrifice made by so many Australians defending the nation from attack. 17,000 Australians died in the war against Japan, 8,000 of whom died in captivity. We honour their memory and give thanks to those lucky enough to return, many of whom suffered badly from their ordeal for many years after. We also remember and thank the civilians at home who sacrificed so much in delivering essential supplies for the war effort.

There were terrible consequences of the war, not the lasting peace VP was meant to signify. Since then our nation has endured all the pressures of the Cold War, and in conflict it has taken up arms in Korea, Vietnam, the Gulf Wars & Afghanistan. We respect the strength and courage of all those who put their lives in harm’s way for us and we honour the memory of the lives lost.

We Remember Them All