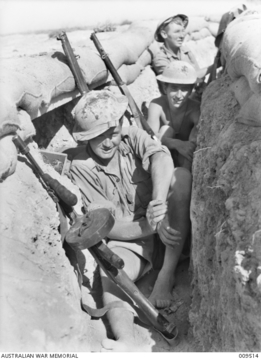 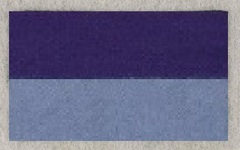 Formed at Woodside, South Australia in October 1939; the Battalion served as part of an anti-invasion force in the UK in the dark days of 1940.  It was meant to support the British Expeditionary Force in France but reached the UK just after Dunkirk.

Later, it was incorporated as part of the 18th Infantry Brigade which itself was part of the renowned 7th Division (nicknamed "The Silent Seventh") and moved to the Middle East.  Too late to take part in the Greece or Crete campaigns, the 18th Brigade was attached under command of the 9th Division.  The 2nd/10th was thus destined to become one of the famed 'Rats of Tobruk' Battalions,  where in 1941, it played a significant part in stopping the Germans under Field Marshall Rommel by holding out against a combined and sustained assault by the German Africa Korps and the Italian Army.

The 2nd /10th was withdrawn in September 1941.  Then followed service until early 1942 on the Syrian - Turkish border, where another German attack threatened.  The Battalion was then returned to Australia following Pearl Harbour and the Japanese entry into the war.

After brief home leave and moves to Tenterfield and Kilcoy, the 2nd/10th and its parent 18th Brigade moved to Milne Bay in Papua, in August 1942.  With its sister Battalions the 2nd/9th and 2nd/12th, they stopped the Japanese for the first time on land as the Japanese attempted to take the Milne Bay air base.  The 2nd/10th did not fare well in this battle and sustained significant casualties when a portion of the Battalion's position was penetrated and cut off by the Japanese.  The end of 1942 and early 1943 saw the Battalion help defeat the Japanese at Buna and Sanananda, but at great cost; 113 men killed and 205 wounded.

After returning to the Atherton Tablelands in Australia for rest and reinforcement, the Battalion went back to New Guinea for the battle in the Ramu Valley in 1944. Its final committment was "Oboe 2" the landing at Balikpapan in Borneo on the 1st of July 1945.  The 2nd/10th was disbanded on the 29th of December 1945, at the scene of their final action, in Balikpapan.  (Courtesy of the 10th Bn AIF Association Committee - April 2015)

A complete Nominal Roll of the 2nd/10th Battalion is also being prepared for upload to this site, thanks to the 10th Battalion AIF Association, together with extracts from the Association publication "Communique".