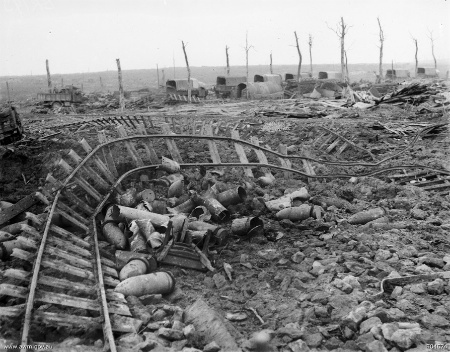 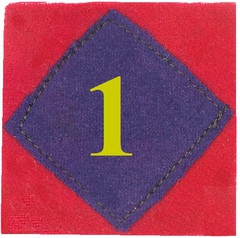 Raised in Victoria, in December 1916 as 2nd Section, Australian Railway Troops, with a preponderance of experienced railways personnel.  The unit embarked from Melbourne on the HMAT Ballarat  on 19 February 1917.  The Ballarat  was torpedoed by a submarine in the English Channel but everyone was recovered to Devenport and no lives were lost.

The raising of these units coincided with the implementation of a battlefield rail strategy across British and Commonwealth Areas of Operations.  The widespread use of battlefield rail, particularly the narrow gauge rail network transformed supply, personnel movement and casualty evacuation.

The Light Railway Companies were operated by the Engineers and came into existence when it became clear that the maintenance of roads was becoming a severe problem, in terms of the manpower needed and enormous quantities of road stone clogging up the supply routes. In February 1916 the first new light railways were sanctioned.

The first light railway operated by the British was a French one. It had a track gauge of 60cm (2 feet), and this was subsequently applied to all light railways constructed by the army. Prefabricated track in lengths, that were in themselves of light weight revolutionised construction and reduced the required effort immensely. They could be easily carried and laid quickly, and with minimal preparation of the ground. For lengths of rail that were going to be more permanent, they were laid like full-size tracks, with sleepers and stone ballast. Special units were formed for the construction, maintenance and operation of the new system.