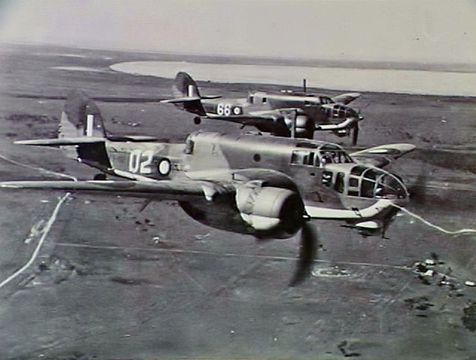 OTU were the last stage of training for aircrew before being assigned to an operational unit. By this stage, individuals had 'crewed up' (ie formed and trained) with the other men who were to make up their crew with whom they would fly until separated by death injury illness or re-posting. Students would pass through in course of varying duration depending on aircraft types on which the aircrew were training.

Formed in December 1941 at Nhill, Victoria, 1 OTU relocated to Bairnsdale in mid-1942, and then to East Sale the following year. No. 1 OTU's primary role was to train aircrew for multi-engined aircraft operations. At its peak of activity in August 1944, it was operating over 130 aircraft, the most numerous being Bristol Beauforts. Its aircraft and personnel also conducted transport missions in New Guinea and maritime patrols in southern Australian waters. Following the end of hostilities, the unit was disbanded in December 1945.

OTU were staffed by a full range of instructional and services personnel such as ground crew, administration, catering, transport, communications, security and of course a command structure.