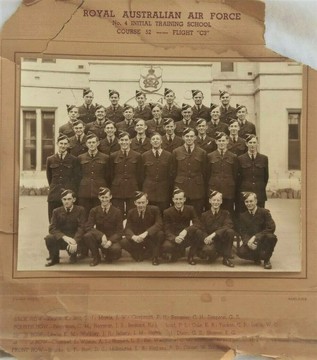 Located at MT Brecon Estate Victor Harbor South Australia. RAAF aircrew candidates began their training at ITS. Akin to Basic Training, detailed screening of candidates was also carried out to allocate them for aircrew roles (called 'musterings') including Pilots, Navigators, Bomb Aimers, Wireless Operators and Air Gunners, before tranferring to other schools either in Australia or in other Commonwealth countries to complete their training under the Empire Air Training Scheme.