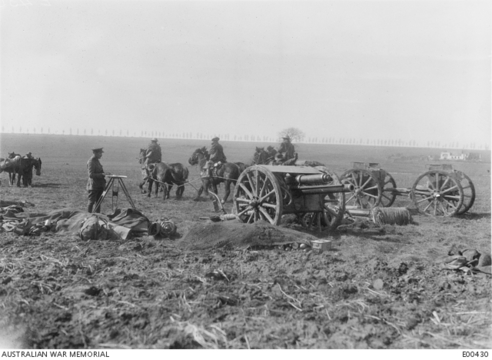 The 12th Field Artillery Brigade formed in Egypt in early 1916 to support the newly raised 4th Division.  After 20th January 1917, the 12th FAB was re-allocated under Army level command and control.

In January 1917, batteries were increased in size to 6 guns each in order to economise on headquarters structures and the number of Field Artillery Brigades in each division was reduced to two. The third FAB in each Division was re-assigned to Army level control (ie 3rd, 6 th, 9th, 12th and 15th FAB were re-assigned under command of HQ Army Artillery.