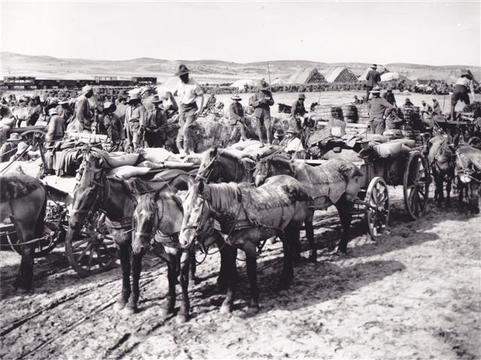 These units were logistic support and supply units under Command of the Division / Brigade to which its numeric designator corresponded.

The tasks of the trains and motorised columns varied. The train companies were required to carry baggage and resupply food, forage and water for the headquarters and units of the division.

In the Middle East, wheeled vehicles were very limited in mobility forcing a need to improvise.

A detailed explanation of the roles played by the Service Corps is detailed at "Equal to the Task".(books.historia.com.au)