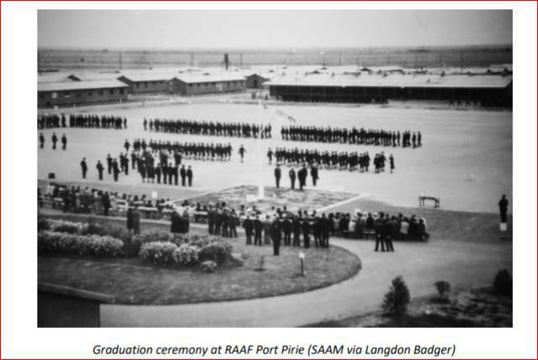 Under the Empire Air Training Scheme, the RAAF established aircrew training facilities around the country from 1939/40.

Formed to provide bombing and gunnery training for pilots, air observers and air gunners, No 2 Bombing and Gunnery School (2 BAGS) was located at Port Pirie, and was renamed No 3 Air Observers School (3 AOS) in December 1943. At the conclusion of World War II, the base also housed No 5 Central Recovery Depot, and after the disposal of aircraft and stores, operations at the base ceased early 1947.

Obvious advantages of the Port Pirie location were available space and good flying conditions year round with good weather and relatively benign terrain.

However, equally important was the adjacent coastal land suitable for bombing and gunnery ranges. Eventually there were nine separate ranges which ranged over 32 miles of coastland. Six ranges were overland, and three ranges were over-water (two for bombing, one for aiming at moving surface targets). A portion of the 2BAGS personnel were responsible for operating the range. This included a marine section operating several water craft.

Training needs were changing with open cockpit air gunnery becoming obsolete quickly, aprticularly in Europe,  and operations at 2 BAGS began to wind down in the later months of 1943 as serviceability of the Fairey Battle fleet dropped back down to around 50%. At the end of November, 108 Battles, five Ryans and one Gypsy Moth were on strength. Since June 1941, 2BAGS had graduated a total of 3,262 airmen (a handful of whom were naval), when it was re-designated and the course structure changed, as No. 3 Air Observers School came into being.

By the end of 1944, a total of 833 trainees had passed out of 3 AOS since its commencement the previous December.

Some 22 men, listed below, were killed in flying accidents. Thirteen were still teenagers, either 18 or 19 years old (the remainder were aged in their 20s). Where the bodies were recovered, all of these men were buried in Port Pirie Cemetery. A further man, 406981 P/O Edward W Liebeck, 3AOS, (aged 35), died of illness on 3rd April 1945 and is also buried in the cemetery. 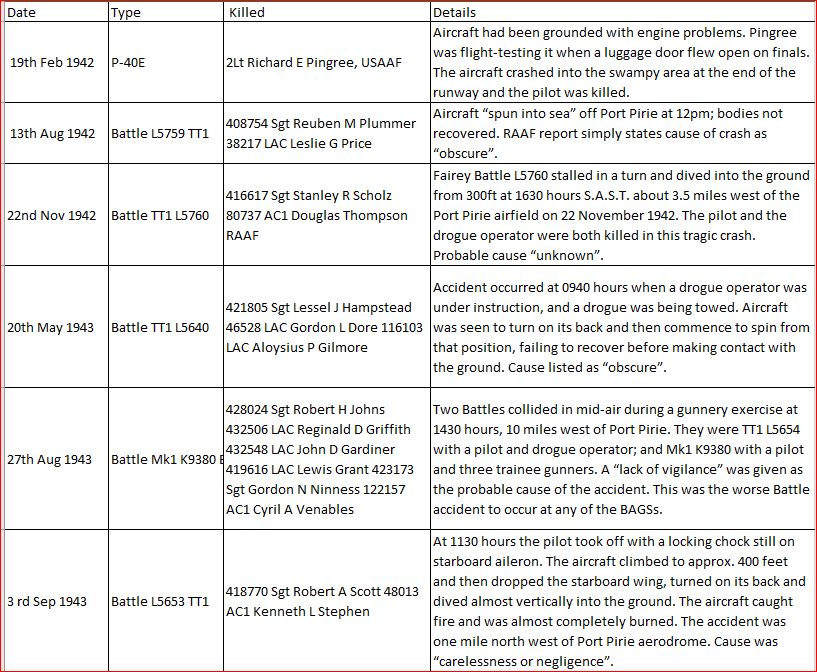 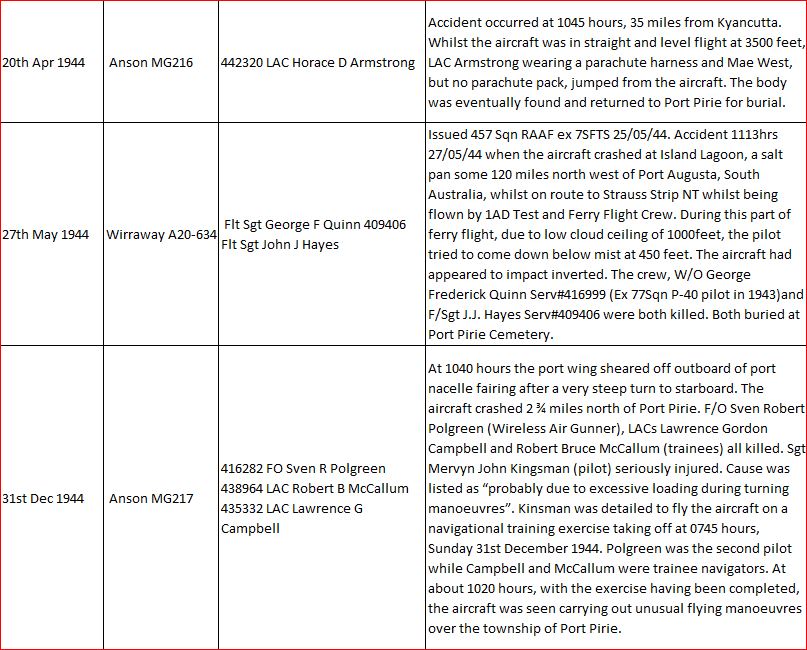 A comprehensive history of the site can be found on the South Australian Aviation Museum's website HERE, (www.saam.org.au) by Peter Ingman