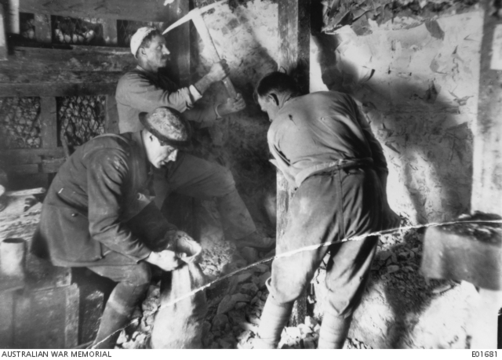 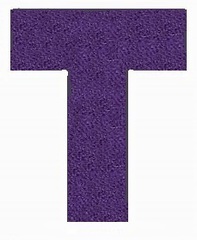 The following description in italics, is derived from an article prepared for Engineers Australia, by David Lees.

The Australian Mining Corps was formed during WWI as a suggestion of Prof T.W. Edgeworth from the University of Sydney, who at the time urged that the exceptional skills of the Australian mining industry should be utilised at the front.

The Corps was formed in Australia in 1915 under the command of Lieutenant Colonel Albert Cecil Fewtrell. Fewtrell had started his career as a cadet mechanical engineer with the Queensland Government Railway Department in Brisbane, and began his military training at Ipswich, before relocating to Sydney where he became a commissioned officer in the 5th Field Company, Australian Engineers. Under his command 1000 miners were assembled.

The initial intention was deployment to Gallipoli, where miners had already been used to construct tunnels at the battlefront, but instead the battalion split into three Tunnelling Companies along with the Australian Electrical Mechanical Boring Company and dispatched to France in May 1915.

Mining and tunnelling operations had an excellent fit with operations in the early stages of the war, defined as it was by the 'defence' and largely static in nature, when artillery machine guns and barbed wire paralysed any notion of a manoeuvre battle.

Offensive mining involved sinking shafts under the enemy's front line and digging a chamber at the end to be filled with explosives which were fired to disrupt enemy defensive positions and shock and stun the defenders as an immediate precursor to attack.  This form of subterranean attack was highly dangerous as each side countermined and attacked the other using 'camouflets' (sub surface explosions) to collapse tunnels and allow the ingress of infantry to attack and kill the tunnellers in a hideous and claustrophobic environment deep undergound and generally in darkness save for whatever feeble lighting could be managed.

Australian and New Zealand Infantry Divisions took part in the attack near Messines itself, and the 1st Australian Tunnelling Company fired the mines at the northern end of the line of 21 that blew the top off Wytschaete Ridge and killed an estimated 10,000 defenders, an absolutely staggering notion.

Defensive operations again manifest themselves most significantly in the town of Arras in northern France and not far from Vimy Ridge.  Defensive operations are about protection and concealment.  The terrain is eminently suitable for tunnelling and mining. The countryside in northern France is defined by the extensive chalk seams (the same chalk seam that has created the famous white cliffs of Dover in the UK) . Chalk is easy to cut and dig and needs very little revetment - it is largely self supporting.

Defensive mining in Belgium consisted of the construction of elaborate deep dugouts to escape the mud-bound misery of life above ground.  The soil conditions that made the battlefield such a quagmire also made mining and tunnelling extremely difficult - particularly the height of the water table.  The extensive dugouts required complete revetment and non stup pumping operations to control water.

The discovery of "Vampyr Dugout" in Belgium in 2007 provides an extraordinary insight into the nature of combat operations underground.