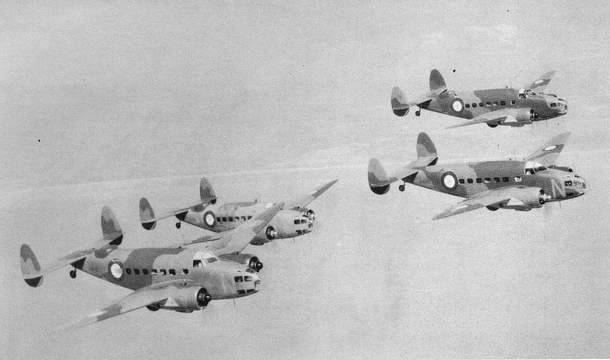 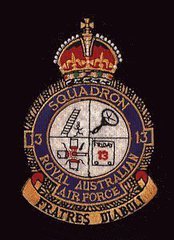 No 13 Squadron formed at Darwin in the Northern Territory in June 1940, with personnel detached from No 12 Squadron. The unit soon took delivery of Lockheed Hudson twin-engined patrol bombers and began reconnaissance and shipping patrols across Northern Australia. At the commencement of hostilities with Japan, No 13 Squadron was divided, with a flight of six Hudsons already at Laha on Ambon and another six at Namlea in the Dutch East Indies.

By January 1942, Laha and Namlea were under frequent attack, firstly by Japanese flying boats and later by land based aircraft. Despite an almost total lack of fighter and anti-aircraft defences, operations continued with some success in spite of continued heavy losses to enemy fighters.

The first weeks of February saw the few surviving Hudsons return to Darwin where they continued their vital reconnaissance flights and bombing missions. The first Japanese air raid on Darwin on 19 February destroyed the Unit's headquarters and vital stores, resulting in a partial withdrawal to Daly Waters. For its part in these critical operations against overwhelming odds, No 13 Squadron was later awarded the United States Presidential Unit Citation - an honour bestowed on only two RAAF units - Nos 13 and 2 Squadron.

Throughout 1942, No 13 Squadron continued striking targets in Timor and the East Indies, as well as conducting reconnaissance and search missions. On 10 August, the Squadron's Hudsons conducted a very successful shipping strike off the South Coast of Timor, sinking two Japanese ships and damaging a third.

After being re-equipped with Lockheed Ventura patrol bombers in June 1944, No 13 Squadron completed a succession of moves before finally being based at Gove in the Northern Territory. From here the Venturas flew regular anti-submarine patrols and bombing strikes around Timor and the Dutch East Indies.

After Japan's surrender the squadron evacuated POWs from enemy held areas before disbanding on 11 January 1946. On 1 July 1989, official approval was obtained to form an Active Reserve Squadron in Darwin, to be identified as No 13 (City of Darwin) Squadron. Hence after 43 years in limbo, No 13 Squadron was reformed.

The Darwin City Council officially adopted the re-formed Squadron as its own on 3 July 1989 and recruiting commenced.

The Squadron was granted the Freedom of the City of Darwin on 22 April 1994 and proudly marched through the streets of the city on the same day. Approximately 30 members of the original No 13 Squadron joined current Squadron members in exercising the Squadron's Rights of Freedom of Entry.

Restructuring of Combat Support Group in 2010 saw No 13 (City Of Darwin) Squadron take on added responsibility for Base Management and Combat Support duties, with a mixture of Permanent Air Force and RAAF Reservist personnel.