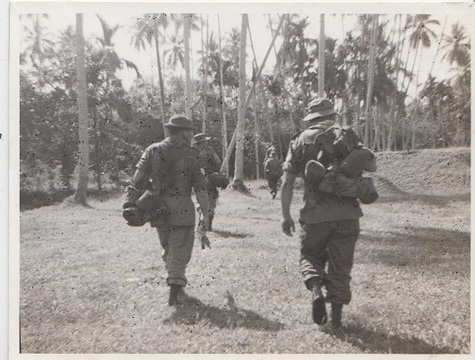 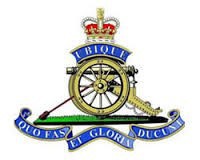 On the 28th of April 1964, members of 111 Battery RAA based at Holsworthy Barracks, unexpectedly heard from news media that the Battery was to be deployed into Malaysia to provide Military Assistance to the newly formed Federation of Malaysia. The Battery, after very busy preparations, embarked on HMAS Sydney 111 R17. In keeping with the Dept of Defence security policy on preparations and movement, no further information was made public. On 24th May 1964 at 0001Z, HMAS Sydney 111 R17, set sail from Garden Island bound for Borneo and Malaysia. During the voyage various weapons firing practices took place including the live firing of the Battery’s (40mm) LAA Guns, believed to be a first for an Army Unit from a RAN Ship. This was the first voyage by HMAS Sydney into a hostile Area of Operations after conversion to a Troop Transport ship of the RAN. Families were unable to say their Farewells to both the Army and RAN personnel.

HMAS Sydney arrived in Singapore on the 9th of June, disembarking 150 Battery members who then completed the final leg of their journey to RAAF Base Butterworth by a single line rail. The Battery’s Guns, vehicles, ammo and stores were later quickly unloaded from HMAS Sydney, when it anchored off shore from Butterworth on the 16th of June.  Army LCTs completed the unloading between HMAS Sydney and the ‘beach head’ at Butterworth.  After a brief period, the Battery was soon ready and in position to carry out their main mission to assist in the defence of the Butterworth RAAF Base, and which became the start of the Battery’s continual 24 months period of operational deployment and readiness. To affect this defence plan, the Battery’s ‘A’ Troop (6) Guns and ‘B’ Troop (6) Guns were well positioned to form a general outer and inner perimeter for air defence. Also integral to this plan was the siting of 2 and 3 man ‘Observation Posts’ (OP’s) that were positioned at distant strategic points, e.g. on the western coast of Penang Island and up to 8000 yards from the northern perimeter of the RAAF Base to provide early warning of enemy aircraft movements and ground forces movements.

In the period August 1964 to March 1965, there were up to 40 listed ‘Indonesian Incursions’ mainly by sea in the Malacca and Johore areas of west coast Malaysia, and several were of a large scale.  The biggest Indonesian landing occurred in early September 1964 when 144 Indonesian Paratroops were dropped near Labis in Johore. On the 7th September the Battery’s ‘B’ Troop Convoy and Guns were enroute to SE Johore for live firing and passed through Labis. Later, after reaching their range area, the Troop was recalled to Butterworth due to the declared high state of readiness.  For a period in October/November, a Platoon sized group from 111 Battery soldiers were detached to B Company, 3RAR,  to operate in the Infantry Role as part of ‘Operation Magnus’ patrol duties on the Thai-Malay Border. Insurgents were captured, and large quantities of rice, ammunitions and other items were seized. During this period 111 Battery also gave essential logistic assistance to support 3RAR Operations on several occasions.

When not fully engaged in the states of ‘high readiness’, the Battery continued to maintain an ongoing program of Air Defence Exercises and other general military skills training throughout their period in Malaysia, which was often in conjunction with the 77 Sqn Sabre fighters and 2 Sqn Canberra’s from the Butterworth RAAF Base. This training was further enhanced by the numerous deployments of available sections of the Battery’s Guns, by road, by sea and air, for seaward Live Firing practices at China Rock, located on far south eastern coast of the Malay Peninsula.   Some of the other training activities during this time included the Live Firing practice of the Guns in the ‘Ground Support Role’, and various Infantry and navigation exercises.

It is also sadly remembered, that two, of the Battery’s soldiers, Bdr. Barry Algar and Gnr. Stephen Danks, died during their service in Malaysia and their names are recorded on the Indonesian Confrontation Roll of Honour at the Australian War Memorial in Canberra.

On the 15th of June 1966, after 25 months on Active Service, the first of two groups of Battery personnel departed for Australia and eventual re-establishment in their new home in Woodside South Australia, thus completing the Battery’s successful two years tour of duty in Malaysia, and which included a record period of continuous operational deployment, not known since WW2……..