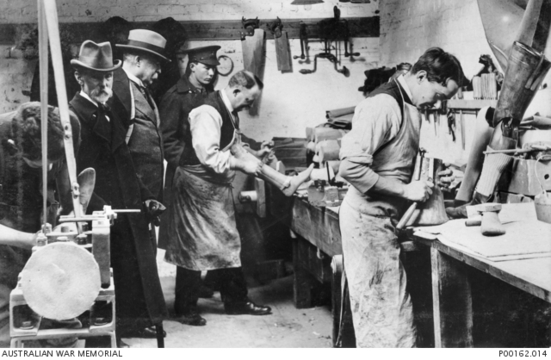 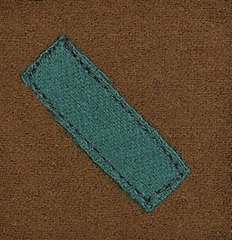 In November 1914, Mr and Mrs Charles Billyard-Leake, Australians resident in the UK, offered their home, Harefield Park House and its grounds, to the Minister of Defence in Melbourne for use as a convalescent home for wounded soldiers of the Australian Imperial Forces (AIF). 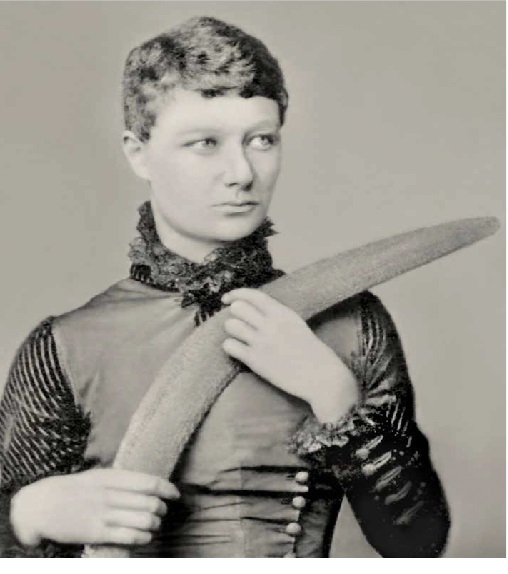 Fig 1. Leticia Leake, from Glencoe Station in the SE of South Australia.  Sole beneficiary of a pastoral fortune that had been the subject of great controversy, it was her benevolence that established 1st Australian Auxiliary Hospital at her UK residence 'Harefield Park'. The origins of the Hospital newsheet  'The Harefield Boomerang' are evident in this image.

Harefield is a village on the western outskirts of Greater London.

The offer was accepted by the Commonwealth Defence Department and the property became the No. 1 Australian Auxiliary Hospital in December 1914.  It was to be the only solely Australian hospital in England.

The Hospital consisted of Harefield Park House, a 3-storey plain brick building, some out-buildings and grounds of some 250 acres.  It was proposed that the Hospital would accommodate 60 patients in the winter and 150 in the summer.  It was intended that it would be a rehabilitation centre for  b officers and other ranks, and a depot for assembling drafts of invalided soldiers to be sent back to Australia.

The medical and nursing staff comprised one Captain from the Australian Army Medical Corps, one Sergeant, one Corporal, four Privates (as wardsmen and orderlies), one Matron and five Nursing Sisters.  The Medical Superintendent was to be under the supervision of the High Commissioner.

The appointed Matron, Miss Ethel Gray, and five nurses departed Australia on the RMS Osterley, arriving in England at the end of March 1915.  The first Medical Superintendent was Captain M.V. Southey, AAMC.  He and his medical team set sail from Australia on the Runic, scheduled to arrive in mid April 1915, to begin establishing the facility.  Their first task was to procure equipment for the Hospital, and furnishings and fittings for the house ready for use by Australian troops by June 1915.

As HIn order to quadruple the available accommodation, hutted wards were built.  A mess hall for 120 patients was constructed in the courtyard.  By May 80 beds were ready.

The first 8 patients arrived on 2nd June 1915, from Gallipoli.  By 22nd June the Hospital had 170 patients and extra huts were built.  The first operation was performed in July. In August, by which time the Hospital had 362 patients, King George V and Queen Mary visited for two hours, speaking to every patient confined to bed.  In September extra beds had to be found urgently for another 49 patients.  An Artificial Limb workshop opened in December 1915.

In January 1916 an eye ward opened.  An Orderlies' Canteen opened for all rank staff below the rank of Sergeant.  A Patients' Canteen had already been established and was run by a Committee, including Mrs Letitia Sara Billyard-Leake and her daughter Letitia, and ladies of the surrounding district.

By the end of March 1916 the Hospital had equipped 803 beds.  In May, Mr Billyard-Leake offered to rent his property The Red House in Park Lane, opposite the Officers' Mess, for use as  staff accommodation.

By October 1916 the Hospital had 960 patients.   In November it was recommended that, rather than remain a convalescent home, the Hospital should become a general hospital complete with operating theatres and an X-ray department. The staff now comprised one Lieutenant-Colonel, five Majors, 12 Captains, one Quartermaster (an Honorary Lieutenant), one Matron, two Head Sisters, 36 Staff Nurses, one Warrant Officer, 15 Staff Sergeants and Sergeants, 10 Corporals and 94 Privates.  Two dental units and six masseurs were attached to the Hospital.  An X-ray attendant and a laboratory attendant (both Sergeants) were added later.

An Australian Red Cross store opened in December.  A small magazine was produced by the patients which, in December 1916, became an official magazine - the Harefield Park Boomerang.  Initially published irregularly, it was finally established as a monthly magazine.  (The final issue, entitled The Victory Number, was published in December 1918).

As the war progressed the Hospital became a general hospital.  At the height of its use it accommodated over 1000 patients and the nursing staff had expanded to 74 members.  By December 1917 the Hospital had three Lieutenant-Colonels, namely the Commanding Officer, a surgeon-specialist and a radiologist to the Australian Imperial Forces (AIF).  It also had a large number of voluntary workers.

By August 1918 the Hospital had become a centre for ear, nose and throat (ENT) and eye disorders.  It had Massage and Dental Departments and an Electrical Department where skiagrams (X-rays) could be obtained.  The patients were housed in 36 large huts dispersed throughout Harefield Park.  Nearly 50 buildings were in use, including workshops, garages, stores, messes, canteens, a recreation hall (where concerts and film shows were held), a billiards rooms, writing rooms, a library, a cookhouse, a detention room and a mortuary.  For entertainment, tours to London were arranged and paid for out of canteen funds, and the ladies of the district made their cars available for country trips, picnics and journeys to and from the railway station, both for patients and visitors.

The Hospital gradually closed down during January 1919.  The Hospital records were returned to Australia after the war and are now lodged in the Australian War Memorial Library.

As at 2021 the site is the location of Harefield Hospital.  The former Billyard-Leake residence Harefiled Park House, remains standing but is sadly boarded up.