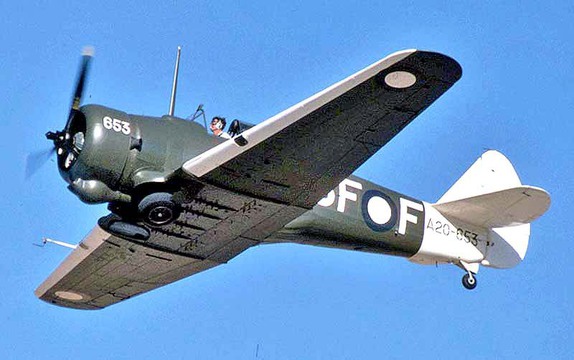 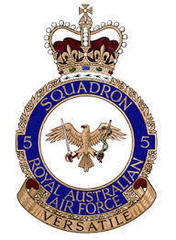 No. 5 Squadron has had a number of iterations in the RAAF beginning prior to the formnation of the RAAF as No. 5 Squadron Australian Flying Corps, and finishing as a Utility Helicopter unit in the late 1980s.

After service as an AFC squadron in WW I providing training for fighter pilots prior to their postings to operational squadrons, between the Wars the squadron operated Walrus amphibian aircraft from Royal Australian Navy cruisers, providing the Navy with a reconnaissance and artillery-spotting capability.

The squadron was partially re-equipped with Boomerangs in late 1943. On 11 November 1944, No. 5 Squadron was deployed to Piva Airfield at Torokina on Bougainville under No. 84 (Army Co-operation) Wing, and operated with units of the Royal New Zealand Air Force, undertaking reconnaissance, artillery observation, ground attack, and aerial resupply missions in support of Australian ground troops fighting against the Japanese on the island.

No 5 Squadron re-formed in 1964 at RAAF Fairbairn to serve in Malaysia. The squadron's Iroquois helicopters were used for troop insertion and extractions, resupply operations and medical evacuations during the Malaysian/Indonesian "Confrontation". From July 1964 to 5 April 1966, the squadron moved 21,638 passengers and 760,653 pounds of freight, and carried out 727 medical evacuations.

After returning to Australia, No 5 Squadron was heavily committed to providing training for infantry battalions prior to their departure for Vietnam. In July 1976 four helicopters, along with maintenance personnel and aircrews, were deployed to Ismailia, Egypt, for service with a United Nations peace-keeping force and the squadron personnel and aircraft also served with the Australian Contingent of the Multi National Force & Observers (ACMFO) in the Sinai between 1982 and 1985. With the new French-built Squirrels and the ubiquitous Iroquois - which soldiered on in the army support role - No 5 Squadron continued operations until it disbanded and was absorbed into the Australian Defence Force Helicopter School on 9 December 1989.

Compiled by Steve Larkins from a range of sources including: