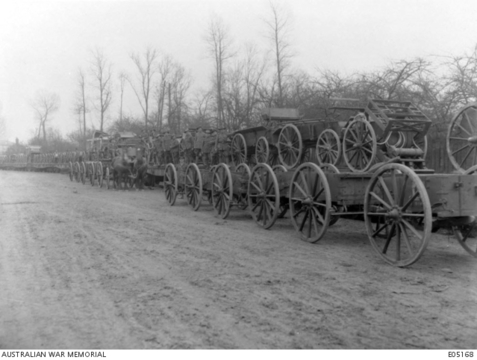 Division (and Brigade) Trains were logistic support and supply units under the command of the Division to which its numeric designator corresponded.

A vetailed explanation of the roles played by the Service Corps is detailed at "Equal to the Task" (books.historia.com.au) HERE