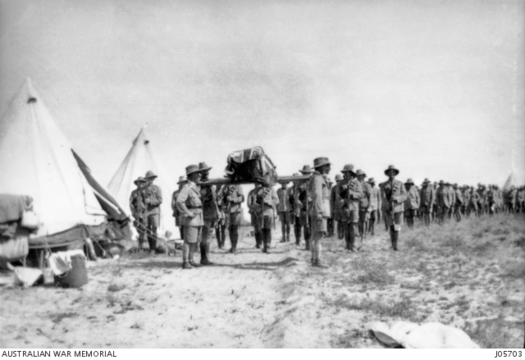 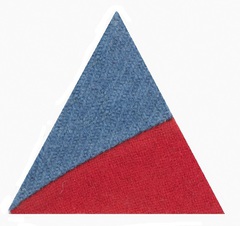 Becasue it was formed late in the war, The 5th Light Horse Brigade fought in only one major operation - the great offensive which followed the battle of Megiddo on 19 September 1918.

After British infantry opened a gap in the Turkish front north of Jaffa, mounted forces were able to penetrate deep into the rear of the Ottoman forces, severing roads, railways and communications links. In ensuing days the Turkish front collapsed and as the Turks retreated into Syria they were pursued by mounted troops, supported by aircraft.

From 19 September, for ten days, the 5th Light Horse Brigade advanced over 650 kilometres. The Brigade entered Damascus on 1 October 1918, and carried out mopping-up and garrison tasks in the vicinity of Damascus for most of October. The Brigade was moving forward to join the drive on Aleppo when Turkey surrendered on 30 October.

While waiting to embark for home, the 14th Light Horse were called back to operational duty along with other Light Horse units,  to put down the Egyptian revolt that erupted in March 1919.  It took a little over a month for order to be restored.

The men of the 14th Light Horse sailed for home, without their horses.  While some of hte horses were shot, most were transferred to Indian cavalry units, on 24 July 1919.

As a successor to the ICC, the 14th Light Horse inherited its battle honours.